You've subscribed to Black Hind's Wake! We will preorder your items within 24 hours of when they become available. When new books are released, we'll charge your default payment method for the lowest price available during the pre-order period.
Update your device or payment method, cancel individual pre-orders or your subscription at
Your Memberships & Subscriptions
There was an error. We were unable to process your subscription due to an error. Please refresh and try again. 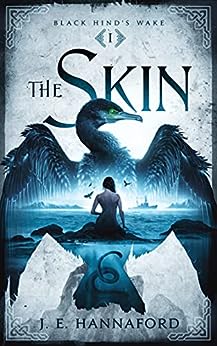 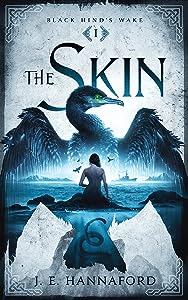 Damien Larkin
5.0 out of 5 stars An excellent debut
Reviewed in the United Kingdom on October 18, 2021
Verified Purchase
The Skin is the debut novel of up-and-coming writer J.E Hannaford and was an intriguing and exciting read.

The story follows Selkie - a mystical sea dwelling creature that can shed its skin and take human form. While out to celebrate her sister's future marriage, the main character makes the ultimate sacrifice to defend her loved ones when threatened and trapped in human form, is taken into captivity. From here, the story evolves into one following Selkie's quest to free herself from her captors and liberate other Old Ones from life-long imprisonment.

The world building in this story is fascinating. Set in a future world where the polar ice caps have melted and with little available land, humanity has adapted itself into a sea-faring civilisation with competing interests. Various factions vie for control and power on the periphery of the story, giving hints at a much wider world.

The story is very much character-driven, dealing with the POV's of multiple characters and their struggles to survive in such a brutal, uncaring world. I enjoyed the pace and the multiple surprises that caught me off guard that added to the flow of this story.

Overall, this was an enjoyable read. If you're into fantasy stories with nautical and magical elements, you'll love The Skin
Read more
One person found this helpful
Report abuse

Jacob Sannox
5.0 out of 5 stars Folklore and adventure!
Reviewed in the United Kingdom on October 18, 2021
Verified Purchase
The Skin is a romping adventure that deep dives into marine folklore, concentrating on the mysterious selkies, a race largely neglected by fantasy authors, as far as I am aware. JE Hannaford possesses considerable knowledge of the oceans and uses her full descriptive power to convey a convincing and beautiful seascape.

The structure is bold, and Hannaford toys with the reader, and I would encourage you to trust the author and go on the journey, which will be filled with wonder and surprises.

A tale that feels part post-apocalyptic and part fairy tale.
Read more
One person found this helpful
Report abuse
See all reviews
Back to top
Get to Know Us
Make Money with Us
Amazon Payment Products
Let Us Help You
EnglishChoose a language for shopping. United StatesChoose a country/region for shopping.
© 1996-2021, Amazon.com, Inc. or its affiliates