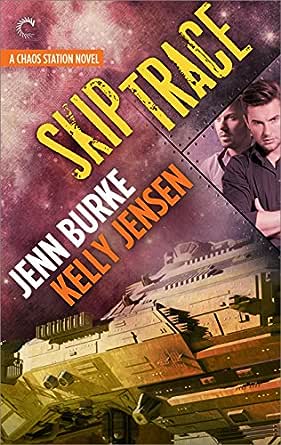 You've subscribed to Chaos Station! We will preorder your items within 24 hours of when they become available. When new books are released, we'll charge your default payment method for the lowest price available during the pre-order period.
Update your device or payment method, cancel individual pre-orders or your subscription at
Your Memberships & Subscriptions 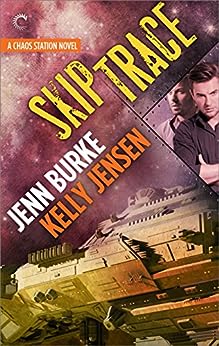 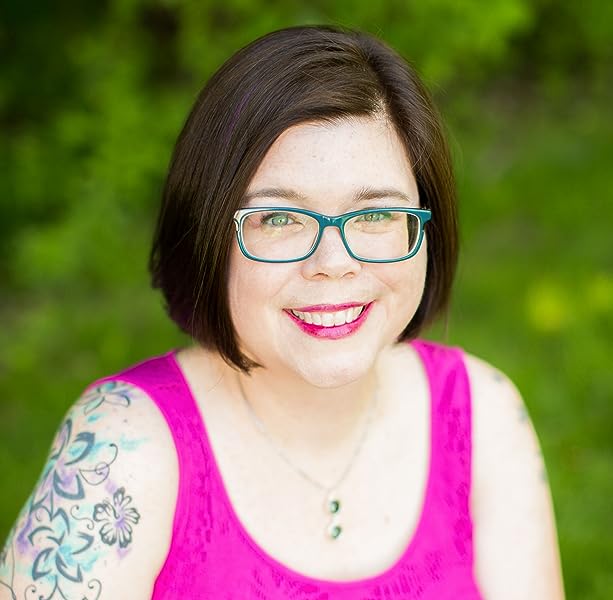 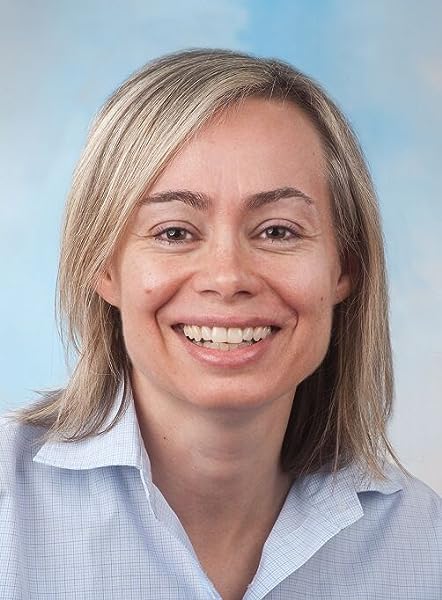 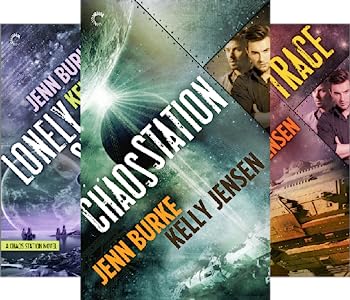 "Another action packed, emotional installment in a series that just gets better with age." - Fiction Vixen
"Readers looking for queer characters in a pulpy space adventure should find a lot to like here." - Publishers Weekly

Kristen Burns
4.0 out of 5 stars Another Great Book with Lots of Emotion
Reviewed in the United States on January 11, 2019
Verified Purchase
This might sound strange, but I LOVE struggles in romantic relationships (in books). Easy relationships are cute, but I like the difficult ones---the ones where the characters are keeping themselves apart because they have inner demons or history or others things coming from *inside* the relationship to overcome. And this series, well, even in this third book, the characters still hadn't gotten their stuff together enough to settle into a happy relationship with each other, and I loved that they still had so many emotional struggles to overcome.

What's also great is that there were still actual plots to all of the books, things outside the relationship they were trying to accomplish, but the authors use those plots in a great way and a way that furthered the relationship and personal struggles of Zander and Felix so that the characters still seem to take center stage. It was all just woven together so well.

I also loved how *real* these characters were. They all had flaws. None of them were too perfect or always knew the right thing to do. Zander and Felix both had insecurities and pain and inner struggles. And poor Felix---I felt so terrible for him this time especially because I could understand why he felt out of place, but he just was not handling things well emotionally. Then of course that also hurt Zander and made Elias, Nessa, and Qek concerned... so lots of feels all around. (Honestly, when I read these books, I was really stressed and distracted, and I think it impeded my ability to truly *feel* the emotion super strongly myself, but there was definitely emotion there.)

There was still a bit of a deus ex machina feel because of the thing that happened in Book 2, but, again, it was a minor thing and easy to overlook when everything else was so good.

So yeah, overall, this was another great book in the series with lots of emotional situations and obstacles for the characters (from both outside and inside themselves) but also lots of sweet romantic, friend, and family love!

Ulysses Grant Dietz
5.0 out of 5 stars I love Flick and I love Zed
Reviewed in the United States on June 13, 2017
Verified Purchase
I’m going to go out on a little limb and give this third installment of the “Chaos Station” series a five. I might quibble over the oh-so-tropey use of sex-scene clichés, but all that is counterbalanced by the deft handling of the continuing plotline without cliffhangers, sucking the reader into the story and keeping us turning the pages to see what happens next.

I love Flick and I love Zed. I don’t think of them as big burly ex-soldier stereotypes, because that all falls into the background against which Burke and Jensen create continually evolving portraits of the complicated, smart, wounded and loving men. And it’s not just Zander Anatolius—third son of the richest man in the Milky Way—or Felix Ingesson—orphaned working class kid who was lucky enough to become Zander’s friend in a private school when they were teenagers. All the characters in this book pop out and grab you. Nessa O’Brien, the ship doctor, Elias, the captain and Flick’s co-owner of the Chaos, and Qek, the ashushk pilot, who is the most wonderful alien character I’ve ever encountered. And in this tale we add two more characters from Flick and Zed’s past: Marnie and Ryan Scott. Each of these folks is vivid and smart and critical in the narrative. Likewise, although we don’t see too much of them, Zed’s aristocratic industrialist family are portrayed as good people, loving people, for all their power and money. It’s refreshing.

Surrounded by the excellent and visually rich world-building of our own Milky Way in the 23rd century, there is lots of action as the crew of the Chaos bounces around the galaxy to deliver cargo and, occasionally, rescue a former soldier in distress. But the real action is in Zed and Felix’s minds, as they struggle to find each other amidst the confusion and conflict into which Zed’s military past pulls them.

Book three ends tidily enough, but also offers a tantalizing suggestion of what the next book will offer. I like this very much—satisfaction, coupled with the desire to keep reading. I really want the next book on my Kindle, and nobody had to trick me into it.
Read more
Helpful
Comment Report abuse

Michael Holland
VINE VOICE
3.0 out of 5 stars Mediocre Middle Book
Reviewed in the United States on August 27, 2016
Verified Purchase
The third installment of the Chaos Station series kicks off with the resurrected Zed's return to his family home, along with the rest of the crew of the Chaos. Not everyone is happy to see Zed back among the living, especially the military, who hoped his death, along with the others they experimented on to create super soldiers, would bury their embarrassing secret program. His lover Felix isn't too happy to see Zed back in the bossom of his rich and powerful family, reminding him that he doesn't belong.

“Skip Trace” is an interesting middle book in this five volume set. In some ways, it reads almost like the last book in the series, as several plot lines seem to get some kind of resolution before the end. But by then, new threads emerge which seem poised to take the characters in new directions.

This is probably the weakest installment of the story so far, although it’s not all that bad. It gets bogged down early on in some very angst-ridden chapters, but does improve quite a lot towards the end. The main issue is the character of Felix. He becomes such a pill you really do wonder why his friends don't shove him out an airlock. The story up to now has given all the good reasons for Felix to be the way he is, yet his negativity becomes so predictable it gives a few chapters a rather plodding feel.

However, the book does recover well enough and the latter half of the book almost becomes a page turner. A few new characters are introduced, although some of them have been mentioned in previous books. The slight sag at the beginning of this book isn't enough to discourage me from reading the last two volumes.
Read more
Helpful
Comment Report abuse
See all reviews

Nunu
5.0 out of 5 stars Another good read
Reviewed in the United Kingdom on March 16, 2019
Verified Purchase
This was another good epiode and full of action and suspense. Quite a lot of angst and soul searching in this book with not too much togethernes. I am hoping the guys are now going to settle a little bit, but Felix needs some TLC. If you like Andromeda style Sci-Fi then I recommend this series, which must be read in order.
Read more
Report abuse
See all reviews