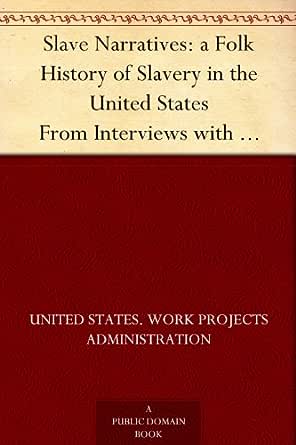 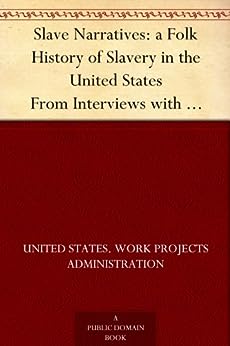 4.6 out of 5 stars
4.6 out of 5
374 global ratings
How are ratings calculated?
To calculate the overall star rating and percentage breakdown by star, we don’t use a simple average. Instead, our system considers things like how recent a review is and if the reviewer bought the item on Amazon. It also analyzes reviews to verify trustworthiness.
Top reviews

T
5.0 out of 5 stars Amazing
Reviewed in the United States on May 28, 2020
Verified Purchase
USA public education didn't teach me any first person narratives. Reading these, I feel that I better understand both diversity in slave experiences and also how much luck and misfortune played a role in slave lives. There is one story about a plantation that was run mostly peacefully and relatively happy, then the master left for war and put someone else in charge, and this second person ran everything to the ground, started using the whip regularly, pushed slaves to work past their physical limits, didn't provide enough food, separated families, and basically turned the slaves' lives into a nightmare. It really illustrated two extremes (the most positive and the worst), and how easily someone's life could flip from one to the other without any control on their part. It's amazing and awful. I am glad these ex-slave narratives were preserved while there was still time. They are valuable history that needs to be preserved.
Read more
3 people found this helpful
Helpful
Comment Report abuse

Andre Paul
5.0 out of 5 stars Slave Narratives...shocks and surprises!
Reviewed in the United States on October 26, 2019
Verified Purchase
"Slave Naratives" shares stories told by former slaves who survived into their eighties, nineties, and more than a few centenarians. Published by the WPA former slaves recall their experiences prior to and after the Civil War. To my mind, if I want to understand the inherited mindsets of black Americans, it's crucial to hear from blacks themselves just exactly how the tragedy of slavery impacted their mindset and memories. You will be both shocked by the cruelty and surprised by many expressions of affection that former slaves felt when they were "owned" by kind "masters." Well worth the read.
Read more
2 people found this helpful
Helpful
Comment Report abuse

Juwa
5.0 out of 5 stars A must read
Reviewed in the United States on February 7, 2018
Verified Purchase
If I remember correctly these are free. After reading them I would have payed for it. They are heart warming. It is horrible what was done to them. But to read about what happened after slavery for each individual is also heartbreaking for most. They all had hope off a better life and some did. But most were just existing. Plenty of work on the plantation and off but compensation wasn't good. Some liven in their old cabins but now had to pay rent for it. More of the white plantation owners however were kinder than previously believed. Not as many of the ex-slaves told of beating that they know of. But there those who did talk of it and it is sickening. It is very disturbing that the ex-slaves were not prepared by the conquering government to be on their own. Some education would have gone a long way. Booker T. Washington's book "Up from slavery" is a must read. It explains a lot about ex slaves.
Read more
3 people found this helpful
Helpful
Comment Report abuse

Anna
5.0 out of 5 stars Fascinating, inspiring, important, but an emotionally difficult read
Reviewed in the United States on January 25, 2016
Verified Purchase
I was awed by the resilience of these elderly former slaves who came through so many hard times -- slavery, and war, and then building new lives from very little. Their stories were dramatic and fascinating, rich with details about Southern life before and after the Civil War. The photographs of them are beautiful.

That said, the interviews, collected in Texas in 1937, can be emotionally hard to take. I thought I knew a lot about slavery, but I kept running into details that shocked me. For instance, all the people who mention funerals say their owners didn't allow them; dead slaves were dumped with no ceremony into unmarked pits. Many pre-teen slaves wore just a long shirt; some masters kept even adults in this humiliating garment with no underwear.

Also, many interviewees display what I can only call a slave mentality that was excruciating to read. I take this as evidence of how hard it was for former slaves to hold onto a sense of dignity and self-respect. I wouldn't presume to judge people in their circumstances. But it's still painful when people discuss how many "head" of "n*****s" their masters owned. Or when one man brags of how his master valued him as breeding stock, and reminisces about the entertaining patter of the auctioneers who sold human beings.

One fact that stood out was that despite Southerners' rhetoric about Negro inferiority, owners weren't racially persnickety about whom they enslaved. One former slave's parents were a Serbian and an East Indian who'd been captured overseas and shipped to Louisiana for sale. There were a couple of stories about Indians who were kidnapped and sold. And of course, some slaves were three-quarters or more white, and related to the masters.

What I saw connecting the interviewees' varied experiences of slavery was the way their lives were shaped by whoever happened to own them. A few masters beat their slaves rarely if at all; many were out-of-control sadists. Different masters had different policies on whether slaves could attend church, marry, dance, have their own gardens, visit other plantations, or learn to read. The masters decided what the slaves ate, where they lived, when they worked, and whether parents could know their children. When freedom came, most masters offered wages to any freed people who would stay to bring in the crops. But one threw a day-long party and gave livestock to everyone who wanted to leave; another warned all his former workers to be gone by next morning. Most of the interviewees were children during slavery, but few of them spoke of decisions that their parents made. The masters controlled everything.

Patricia I. Ferch
5.0 out of 5 stars After visiting the Magnolia Plantation in South Carolina- I was ...
Reviewed in the United States on July 24, 2016
Verified Purchase
After visiting the Magnolia Plantation in South Carolina- I was curious if there were any books written by actual slaves and I came across these on my Kindle. I found the stories very fascinating as well as finding out the interviews where done to create jobs for people. I also learned while reading these that former slaves were eventually given a pension. I dont know the whole history, but I learned while reading two books that while these books where being made the pension was in the process of being put into action. The stories them selves where just as interesting and taught me alot about people and the different ways slaves were treated.
Read more
2 people found this helpful
Helpful
Comment Report abuse

Good Deal Seeker
5.0 out of 5 stars A Must Read For All Americans!
Reviewed in the United States on June 11, 2015
Verified Purchase
These first person narratives coming from people who lived and were forced to endure slavery throughout that tragic period of American History are a real education on a subject not confronted nor dealt forthrightly nor with in nearly enough detail in today's American History books.
These stories should--and must--be read by both children and adults alike; but ONLY after they've been sensitized to the fact that the dialect they'll be reading is not something to be laughed at or held up to scorn but rather present a real and sad testimonial to just how damaging it was to the psyches, not just of the slaves themselves but to all of us, to keep an entire segment of our people from receiving any formal education whatsoever and to systematically do so over a time spanning many, many generations!
Read more
One person found this helpful
Helpful
Comment Report abuse
See all reviews