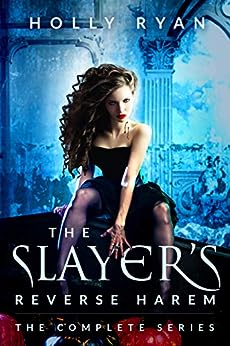 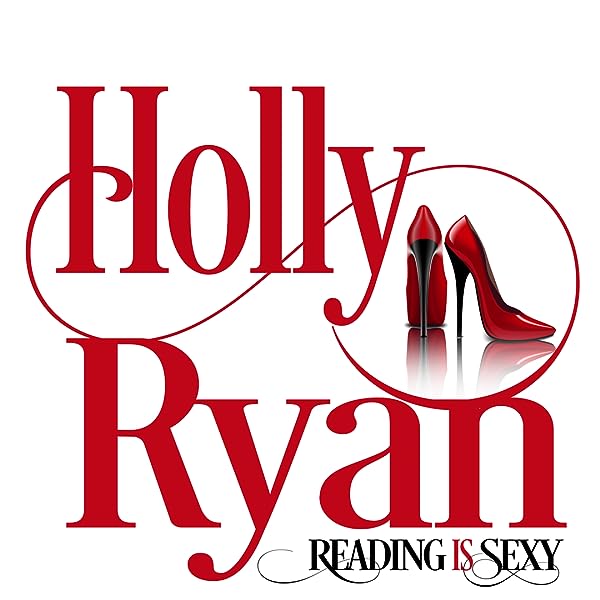 MBC4
5.0 out of 5 stars A must read series!
Reviewed in the United States on March 15, 2021
Verified Purchase
Everything you want in a great story is right here!
- Strong sassy capable h
- sexy possessive alpha vampire male leads that aren't afraid to support and stand behind a strong woman.
- humor&witty banter
-**super hot** couple, menage&group love scenes.(srsly. DAYUM!)
- great writingthat grips you from the get-go
- addictive storyline that covers a unique&compelling arc of both the general story and of individual characters.
- danger&excitement that'll keep you on the edge of your seat.
- FANTASTIC HEA

Jeannie
5.0 out of 5 stars Loved this series!
Reviewed in the United States on November 3, 2019
Verified Purchase
I couldn't stop reading till I finished the whole all the books it took me two days but I got through them all. If I didn't have to work I probably would have read them all in one day. I can't wait to read her next series with the dragons. The Slayer has everything she's quirky and fun even when she's sad she's a smart ass and let's not forget three hot vampires that lover her. What more could a Slayer ask for. These books have action humor love all the things you could ask for. They will pull you in and you won't want to stop reading until you've finished them all.
Read more
2 people found this helpful
Helpful
Report abuse

Marie Star
5.0 out of 5 stars Hot
Reviewed in the United States on March 22, 2019
Verified Purchase
Decent plot, wicked characters, and lots of hunka, hunka, sexy, juicy scenes that just about blow your socks off!
Some parts feel a bit rushed and could have used more back story and character development.
Read more
2 people found this helpful
Helpful
Report abuse

Julie Hoskin
5.0 out of 5 stars Loved
Reviewed in the United States on March 14, 2021
Verified Purchase
I loved this series. Vamps are just my thing. Think Buffy but way better. This is not YA no fade to black. Sexy and steamy all the way through
Read more
Helpful
Report abuse

Angie
3.0 out of 5 stars Extremely frustrated with authors lately!!
Reviewed in the United States on November 18, 2018
Where in the world did the first sex scene come from? Only 5% into the book, they just met less than 24 hours before, she's a vampire slayer and he's a vampire, sworn enemies, which should make both a little hesitant to trust and/or jump in bed together (or a chair in the library). But yet, there's absolutely no build up at all. It just happens, totally out od nowhere. It didn't even make sense with what was going on. I actually had to go back and read again beginning several pages before that scene because I was sure I had missed something. One night stands are one thing, but they hadnt even kissed yet...they'd barely had a full conversation, for goodness sakes! Kinda seems like lazy writing to me. As if the author wanted some action quickly, but didn't know where to put it so she just threw it in somewhere. I've been finding this too much lately. It's making me want to just stop reading all together because it's so dang hard to find a good book that flows well and makes sense. I think I'm done with the RH genre.

They're either like this, hastily put together, or they're about teenagers barely old enough to even read the book, much less star in it. What's wrong with writing about grown women? You know, 25 years old and older.. Hell, even 23 would work! Other than other 18 year olds, no one should want to read a book about teenagers having group sex, regardless of it being the point of the book or not. They're still kids, for goodness sakes. And no, I'm not that old.. I'm just tired of rarely finding books staring adults. Actual adults, not just, barely, legally so. And sadly, most of these authors are quite a bit older than the character. They should know better! One 18+ RH book I started to read was about a FIFTEEN year old girl. Anyway, I'll get off of my soapbox...especially since that last bit had nothing to do with this book.
Read more
8 people found this helpful
Helpful
Report abuse

Bookeiworm
1.0 out of 5 stars Just not my cup
Reviewed in the United States on April 10, 2020
Got to chapter four and just could not go on. In that little time that I read we have a vampire slayer, who kills vampires, yet she meets 3 vamps in the span of 3 mins and decides to go to their house, she's turned on by the vamps and borrows a book. Next chapter kills a vamp that attacks her then goes to these 3 said vamps house because that's were she feels safe and it feels right? (Scratching head). Ok she has sex with one and is like bite me? Yes a vamp slayer!!! then she's like you should fear me you know, I'm a slayer! My thing is, why is she killing some vamps but not these 3? I could see if some are bad and not all in the world as a vamp explanation, but there is nothing explained, it just does not make sense? And I can't handle a read that makes no sense. I just cut my loses and stopped
Read more
3 people found this helpful
Helpful
Report abuse

shelly3385
5.0 out of 5 stars Fun sexy vampire read
Reviewed in the United States on October 28, 2019
This was a fun fast paced RH series. Yes it's a little hokey but look at the titles of the books! It's not meant to be some serious in depth love story for all ages or something. It's super fun and sexy which I think the author shows what to expect by having the titles be sorta cheesy and fun. If you're looking for an easy fun read this is definitely one you should give a chance. I do wish Luc got some love though cause I really liked him a lot.
Read more
2 people found this helpful
Helpful
Report abuse

Kindle Customer
2.0 out of 5 stars What in the world....
Reviewed in the United States on September 15, 2019
I wish I could my money back on this one. The heroin is way too sluty. Vampire Slayer that's instantly in lust with random hot vampire male, that she doesn't know. For the first two chapters, her every second is dreaming about riding the strangers, then she goes home with them. This should just be called smut. I couldn't finish the book. The beginning was just too ridiculous.
Read more
2 people found this helpful
Helpful
Report abuse
See all reviews

Tags that will help you discover similar books. 7 tags
paranormalromantic comedyvampiresscience fiction & fantasyromanceparanormal & urbanromantic
Results for:
Page 1 of 1Start overPage 1 of 1
Previous page
Next page
Where do clickable book tags come from?
Book tags are created from a variety of sources, some of which are customer-generated. Amazon is not legally responsible for the accuracy of the tags represented. If you are an author or publisher and would like to remove a tag associated with your title, please contact your vendor manager or publisher support team.
Back to top
Get to Know Us
Make Money with Us
Amazon Payment Products
Let Us Help You
EnglishChoose a language for shopping. United StatesChoose a country/region for shopping.
© 1996-2021, Amazon.com, Inc. or its affiliates