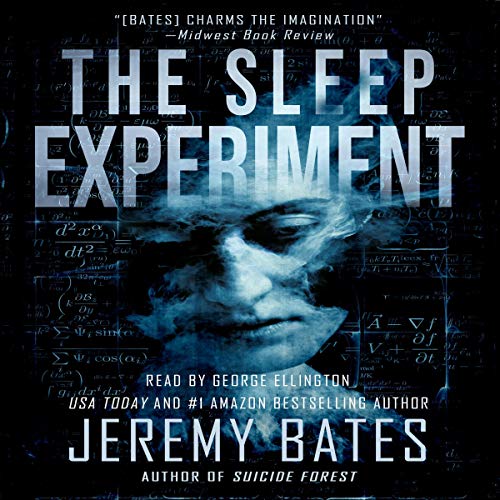 4.3 out of 5 stars
4.3 out of 5
2,843 global ratings
How are ratings calculated?
To calculate the overall star rating and percentage breakdown by star, we don’t use a simple average. Instead, our system considers things like how recent a review is and if the reviewer bought the item on Amazon. It also analyzes reviews to verify trustworthiness.

OutlawPoet
TOP 1000 REVIEWERVINE VOICE
2.0 out of 5 stars No.
Reviewed in the United States on September 26, 2019
Verified Purchase
Oh, I generally love this author. I buy his books sight unseen and usually rave about them.

But this one - oh, this one...it failed for me rather spectacularly.

Our main character was primarily concerned with girlfriends and never once felt like anyone with any authority or scientific knowledge.

I expected things to get weird, but I didn't expect to just be completely stunned into disbelief. What one character manages to do to themselves was...unfortunate and unbelievable.

Our basic plot was actually interesting. I was intrigued by what would happen with the experiment and was...disappointed by the end result.

So, a misstep for me, but I will read the author again. I still like his work. Just not this one.
Read more
92 people found this helpful
Helpful
Report abuse

selena
1.0 out of 5 stars I have never thrown away a book until now.
Reviewed in the United States on October 9, 2019
Verified Purchase
This was awful. The story was completely dull until halfway/the end, and at that point it took a completely sudden and unprepared turn that there was no build up to explain the main characters actions. As others have mentioned, every person was written so stereo-typically that it was cringey. I'm sure this author has better books, but this is the first of his I have read and it will be the last. I collect books - but I threw this one away.
Read more
71 people found this helpful
Helpful
Report abuse

Tony G
1.0 out of 5 stars Inane
Reviewed in the United States on May 5, 2020
Verified Purchase
Stereotyped characters. Too many unbelievable plot holes. We are to believe that an MD with a PhD is a tenured psychology professor who is the head of his department and teaches undergraduate courses but apparently has no graduate assistants so he puts an ad in the paper to recruit undergraduates to help monitor his experiment, which involves gassing subjects to stay awake for three weeks. The two he picks to monitor the subjects have no medical training. However, this is ok because they are wearing smart watches that record "heart rates and stress levels." The author implies that the professor is able to get around ethical issues because he is providing his own funding. Right. The psychology professor is also apparently unaware of APA guidelines prohibiting sexual relationships with students. The stupidity just kept coming so I stopped reading less than 40 pages in.
Read more
44 people found this helpful
Helpful
Report abuse

Camille
VINE VOICE
5.0 out of 5 stars KILLER READ!!!
Reviewed in the United States on September 21, 2019
Verified Purchase
This is one novel I won’t forget!
I was ready to rate “The Sleep Experiment” with 4 stars until I read the ending. And what an ending! So that’s why I rated this terrific novel with 5 stars.
This story was part horror, part suspense, part thriller. Mr. Bates writing was searing & powerful. The characters were realistic & believable. (Even those that didn’t make it out alive.) The plot was realistic. The reader can imagine an experiment like that executed by Dr. Wallis could exist. Which makes this novel all the more horrible.
TSE is definitely a novel worth reading.
Read more
20 people found this helpful
Helpful
Report abuse

Amazon Customer
4.0 out of 5 stars Unnerving & all to plausible, good second in "Legends" series
Reviewed in the United States on August 27, 2019
Verified Purchase
This is the 2nd book in the legends series.. Where as Mosquito Man seemed to stretch the imagination ,"Sleep Experiment" resonates as something that could possibly happen in todays' time of with a megalomaniacal professor at the helm. The buildup of Roy Wallis' character was also entertaining & rooted for him one minute than hated him the next, for Bates does a good job @ postponing & revealing the leads true intentions & hypothesis as well. I find myself still thinking about this book & look forward to bed each night as the effects of sleep deprivation really could be quite terrifying and I don't ever plan to find out about them, especially after this reading this! My faves of Bates' are still the Catacombs & Mountain of the Dead, but this story is up there among his best for me. Definitely looking forward for more to come in this series, hopefully he will continue excel in writing each new story as this second in this series is better than the first.
Read more
18 people found this helpful
Helpful
Report abuse

J. Rice
4.0 out of 5 stars Disturbing; I liked it
Reviewed in the United States on November 13, 2020
Verified Purchase
The promotional blurbs on the cover, etc. say this writer is like Stephen King. I disagree. I'm an avid King reader, and this book doesn't read like King to me; rather, I think Bates has his own unique style.

My only problem (reason for four instead of five stars) is with realism. This is not fantasy genre. It's set in specific, real locations (Berkeley, Oakland, S.F., and Marin County's Samuel P. Taylor Park), during a specific time-frame (May - June 2018). As such, it should be true to life. We should have accurate descriptions of the settings.

But the realism gets blown early on when he states that a day in May 2018, in Berkeley, was "humid." It wasn't humid. I was there, I know. The Bay Area is rarely, if ever, humid. If he wanted to set the story in a humid locale, he could have used Houston, TX or a number of other places instead. A few weeks later in the story, a HUGE, massive rain storm with lots of thunder, lightening and wind, rips through Berkeley (June 2018). It didn't. Again, I was there, I know. The Bay Area rarely, if ever, has summer storms, especially of that magnitude.

If the author absolutely had to have the storm, perhaps he could have included some dialogue about a freak summer storm, the like as hasn't been seen in the SF Bay Area in over a century. That could make it plausible, at least.

If I hadn't grown up in S.F. Bay Area all my life, I probably wouldn't have noticed the weather / storm issues. But since I have (and was there in May-June 2018), I was kinda like "WTF?" while reading those things.

But again, except for these details, it was an excellent story.
Read more
9 people found this helpful
Helpful
Report abuse

L. Ruetz
5.0 out of 5 stars builds tension but unnerving and makes you think
Reviewed in the United States on September 7, 2019
Verified Purchase
The Russian Sleep Experiment is one of my favorite internet horror stories. This is based upon that, treating it like an urban legend, but then a very real study based on sleep deprivation is done. What are the acceptable boundaries of science? What happens when we push for answers? This is a slow start, but it has a great build up to how the two test subjects breakdown, and then how the science itself goes off the rails. Great tension, some great horror here and it raises some really valid questions that make you think, or might make you want to sleep with a light on, depending.
Read more
15 people found this helpful
Helpful
Report abuse
See all reviews

honesty r us
2.0 out of 5 stars Save your money
Reviewed in the United Kingdom on December 2, 2019
Verified Purchase
Had there been an option , I would have given it no stars at all , I really and truly fail to understand how book reviews such as I think the New York Times rave about this author . I have read several books of his both as samples which pulled me into purchasing them and the full actual novels , only one the very first was read completely even that was heavily faulted . This one started off well enough for the first four or five chapter then went down the toilet I`m afraid , the plot of a decent novel even dealing with the extremely unbelievable must be plausible that word is not in this authors lexicon . my advice save your money and I only paid a minimal price each time thankfully . Others opinions may differ but these are my own .
Read more
6 people found this helpful
Report abuse

Ian Chadwick
2.0 out of 5 stars Unimpressed
Reviewed in the United Kingdom on March 21, 2021
Verified Purchase
This is labelled as a horror or thriller yet fails on both accounts. The first three quarters of the novella are a mix of racial stereotyping, lackluster character development, an unmoving tatic plot, and lazy writing.

The last quarter is all the above, with something actually finally happening. For a dozen pages or so. Then it stops again and we get a lengthy 'right vs wrong' afterword in the form of a trial.

Simply, book is massively over hyped. "Edge of my seat"? Only to keep me awake long enough to finish.

Thriller; Definitely not
Horror; Yes, in a chapter or two

J. Majury
5.0 out of 5 stars His best yet.
Reviewed in the United Kingdom on July 1, 2020
Verified Purchase
I have read all the books from this author, and I’ve thoroughly enjoyed every single one, but this is the first that I’ve read in one sitting. I found myself getting emotionally attached to all the characters. The book is full of twists and turns and although I predicted the end it didn’t spoil the enjoyment of the book in any way. I think this book is suitable for readers of Stephen King, Dean Koontz and Bentley Little to name just a few. Buy it, you won’t be disappointed at all.
Read more
2 people found this helpful
Report abuse

Julia Giermaniuk
2.0 out of 5 stars Not original
Reviewed in the United Kingdom on February 25, 2021
Verified Purchase
It really is just a rewrite of the creepypasta. The characters were not amazingly written and parts felt a little racist like comparing a Lithuanian woman to Vlad the vampire... All the racial aspects weren't really necessary to the story. Nevermind all that it was an okay read, very short so you can get through it in an evening.
Read more
2 people found this helpful
Report abuse

Amazon Customer
4.0 out of 5 stars Gripping but also some jarring/cringey stereotyped characters
Reviewed in the United Kingdom on November 24, 2019
Verified Purchase
I wasn't too sure what to expect from this, but was pleasantly surprised.

The Russian sleep experiment has intrigued me for years, so was quite interesting to hear of more cases that were mentioned in the book.

Although there were a lot of stereotypical features for some of the characters, like an Asian girl with Asian stereotypes and an Indian guy with Indian sterotypes; these were sometimes cringeworthy in how stereotypical they were.

However, the story was actually really good with some twists and turns. I finished the book in 1 setting and was gripped in the first 2nd half.

I'll definitely be checking out more works from the author.
Read more
2 people found this helpful
Report abuse
See all reviews
Back to top
Get to Know Us
Make Money with Us
Amazon Payment Products
Let Us Help You
EnglishChoose a language for shopping. United StatesChoose a country/region for shopping.
© 1996-2021, Amazon.com, Inc. or its affiliates