You've subscribed to The Sleepwalkers by Jim Yackel! We will preorder your items within 24 hours of when they become available. When new books are released, we'll charge your default payment method for the lowest price available during the pre-order period.
Update your device or payment method, cancel individual pre-orders or your subscription at
Your Memberships & Subscriptions
There was an error. We were unable to process your subscription due to an error. Please refresh and try again. 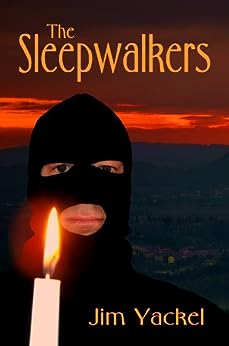 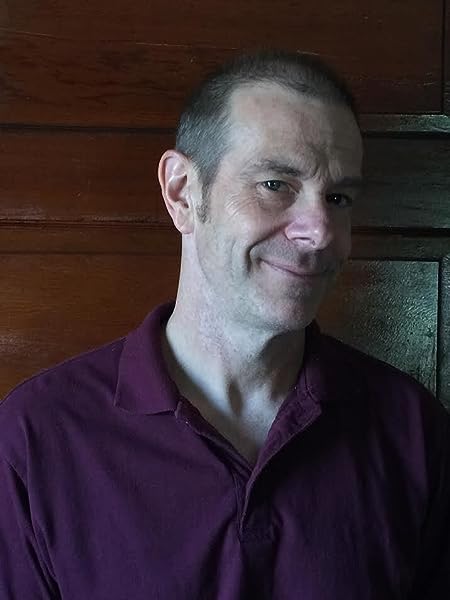 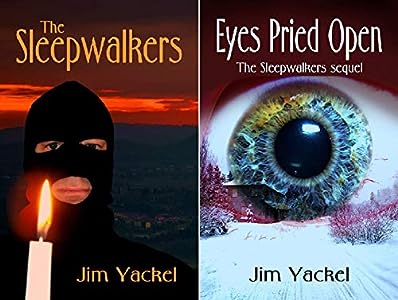 The Sleepwalkers by Jim Yackel
Kindle Edition
Page 1 of 1Start OverPage 1 of 1
Previous page
Next page
Amazon Business: Make the most of your Amazon Business account with exclusive tools and savings. Login now

I am a "watchman at the wall" - a watcher of world events and how they may correspond with Biblical prophecy.  I am also observant of the American culture and its obsessions and proclivities, and it is all these things that inspired the writing of The Sleepwalkers.
There is a pitched albeit non-traditional battle - on both the natural and supernatural fronts - being waged today for the very hearts and souls of the American and world populace; and seemingly we are asleep and oblivious to it.  We are pacified by the mainstream news media if we even care to follow the news at all.  We're entranced by sitcoms, "reality" television, sports, computer games, smartphones and all manner of convenience and technology.  And, we realize that we are in pain in this fallen world, but instead of diagnosing the roots and strongholds of this pain we drown it in a myriad of legal and illegal substances.  Seemingly, we are tuned-out and self-absorbed while the shrapnel of the battle ravages our hearts, souls, minds, homes, and finances.
The Sleepwalkers is a story of the spiritual, cyber, financial, societal, and terrestrial war the U.S. and the world are waged in and likewise a prognostication of potential events that may befall us.  It is World War 3; a battle of good versus evil, truth verses propaganda, God verses Satan, and government verses citizens.  The campaign is carried out by a varied and realistic cast of characters; from Joe Public to contemporary world leaders and perhaps a visitor or two from the supernatural?  Some of these characters are Godly and admirable, while others are abjectly evil, reprehensible, and foul-mouthed - just as in real life.  The story centers on a middle-aged convenience store clerk who is awake and aware and immersed in that battle while fighting his own curses and torments.  But, despite his torment, will he ever get free?  He doesn't believe most of what the mainstream media tells him, so where does he turn for his information?   If you are a fan of the alternative news media, Twitter, and YouTube this book may have special appeal to you.
I must advise you that there is "strong language" in this book as I always strive to depict characters accurately in the manner in which they would speak and behave.  The conversations of certain characters are written phonetically so the reader can "hear" accents, mispronunciations, and colloquialisms.
And please don't forget to read the sequel Eyes Pried Open.

Jim Yackel is an author and Christian-Rock singer/songwriter/recording artist. His latest book is the suspense/thriller "The Sleepwalkers", released in April 2014. The revised, omnibus Christian/End Times Fiction "The Wayfarers Complete Collection" encompasses the three original books of the Wayfarers Trilogy and was released in October of 2013. The intriguing Christian/End-Times fiction book "Dead-Ringer" was officially released Wednesday, April 10th, 2013. He and his wife Roberta Lynn reside in upstate New York. --This text refers to the paperback edition.

Susan Walker
4.0 out of 5 stars A Strong Brew to awaken The Sleepwalkers
Reviewed in the United States on April 16, 2014
Verified Purchase
Woven throughout this book is a clear sounding alarm to awaken The large majority of the populace who have chosen to zone out by whatever means to dull the pain of reality. And reality is portrayed well in this work of fiction---the reality of a struggling married couple trying to stay afloat with minimum wage jobs and deal with the abuse of John Q Public in their respective places of employment, Jeff and Cheryl Seagraves are believable and likeable characters…And as Christians, the battle against them (and sometimes within each of them) is a spiritual one.
I liked the main characters as well as the storyline. The story does deal with a variety of issues and a variety of people from every level of society, and conversations as well as actions are portrayed authentically by the author, so there is some "language" throughout the book. We live in a fallen world that is growing darker all the time----The author addresses the Times we are living in very adeptly......And throughout points to the One Who is Light

Melinda Matthews
4.0 out of 5 stars Great first book, looking forward to the sequel!
Reviewed in the United States on January 31, 2015
Verified Purchase
Enjoyed this book! The first third seemed to move slowly, but just stick with it! I felt a little burdened by all the negative customer characters and dialogue, and would have preferred less language as well, but then the tale begins to deepen and unfold nicely. It's a good, strong story, but I think it would be a much smoother read and benefit tremendously if it were professionally edited. That being said, it's a great beginning to an end-times fiction set. Really liked the main characters and related to them. Indeed, God has not given us a spirit of fear but one of agape, dunamus and mental poise. I am looking forward to the sequel!
Read more
Helpful
Report abuse

My first experience with end-times fiction - it's compelling stuff. Things spiral down, then shoot up with hope.

Yackel will make you laugh, too.

You needn't be a Christian to appreciate and enjoy THE SLEEPWALKERS. Give it a whirl!
Read more
One person found this helpful
Helpful
Report abuse

Mike woodworker
5.0 out of 5 stars My thoughts
Reviewed in the United States on April 17, 2014
Verified Purchase
I read the Sleepwalkers with great anticipation. The book was all I expected it to be and more. This is very down to earth and deals with real life issues and it will stir up many emotions. In some ways it could almost be prophetic of things to come. The story line is right on and the varied cast of characters is true to real life. I recommend this book and anyone who reads with an open mind and heart will see more than what is written but will see the redemptive thread of God's love shown through Jesus Christ
Read more
2 people found this helpful
Helpful
Report abuse

greyheadmargo
5.0 out of 5 stars wow..... this book was compelling ...
Reviewed in the United States on May 3, 2014
Verified Purchase
wow.....this book was compelling and engrossing....I started reading it and could barely put it down...Very apt and timely and scarily set in the present day. I found it to be thought provoking and I can't wait to see if there is a sequel.
Read more
3 people found this helpful
Helpful
Report abuse

Kindle Dayzy
3.0 out of 5 stars Okay
Reviewed in the United States on May 10, 2014
Verified Purchase
Book was okay. It did not resonate with me but I can appreciate the work it took to create the story.
Read more
One person found this helpful
Helpful
Report abuse
See all reviews
Back to top
Get to Know Us
Make Money with Us
Amazon Payment Products
Let Us Help You
EnglishChoose a language for shopping. United StatesChoose a country/region for shopping.
© 1996-2021, Amazon.com, Inc. or its affiliates