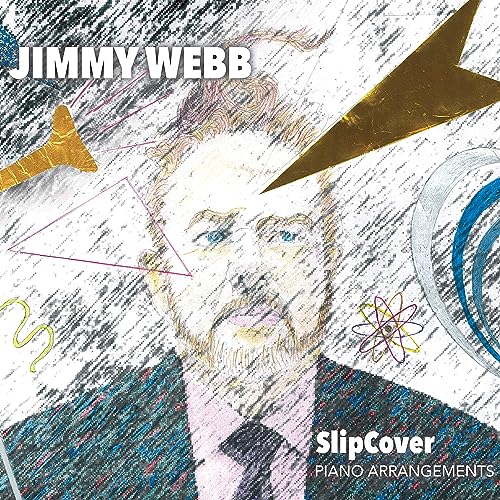 Billy Music
5.0 out of 5 stars A Master Composer Offers A Tour of the Work of Others
Reviewed in the United States on May 19, 2019
Verified Purchase
I was skeptical about the concept of this CD: one of the greatest pop composers of the 20th and 21st centuries, whose voice, while an acquired taste, I have definitely acquired, playing on a fine piano, but not singing, songs written by others. I needn't have worried. This master creator of song has picked out the subtleties of each frankly overly familiar selection and made each his own. One look at the song list shows that this is no collection of the happening hits of others. It reveals a familiarity with each composer's catalog and the exquisite taste of a melodic master. It will bring repeated listening pleasure, both of his interpretations and the originals.
Read more
13 people found this helpful
Helpful
Report abuse

David Ackerman
2.0 out of 5 stars Muzak for over 60s
Reviewed in the United States on May 26, 2019
Verified Purchase
What can I say other than this is really boring. Do we really need piano versions of songs by the composers of our generation? Do we really need to hear God Only Knows yet again? Webb has a trunk load of great songs he has never recorded yet he had to make this album. It boggles the mind. He includes his own extremely overdone The Moon Is a Harsh Mistress because his wife suggested it. Is he showing off to his friends Paul Simon, Billy Joel, Joni Mitchell & Randy Newman? The one highlight is the Left Banke/Michael Brown brilliant Pretty Ballerina. I don't hate Webb's voice. I love his piano playing. But I don't need an album like this and I will probably never play it again.
Read more
3 people found this helpful
Helpful
Report abuse

cary c banks
5.0 out of 5 stars Jimmy Webb Slip Cover album
Reviewed in the United States on June 12, 2019
Verified Purchase
I very much enjoyed iconic songwriter Jimmy Webb's piano instrumental album " Slipcover" A disparate collection of some of Mr webb's favorite songs by other writers featured unique and intriguing arrangements of the Beach Boys "God Only Knows" , Warren Zevon's " Accidentally Like a Martyr" and a silky smooth rendition of Simon and Garfunkel plaintive " Old Friends" . While all the tracks are well done, I believe the most beautiful and moving track on the album is Jimmy Webb's own classic tune " The Moon's a Harsh Mistress".
Cary C Banks
Lubbock Texas
Read more
3 people found this helpful
Helpful
Report abuse

Robb H.
2.0 out of 5 stars Now how about some new songs?
Reviewed in the United States on June 13, 2019
Verified Purchase
I am a longtime Jimmy Webb fan. I am therefore supportive of the concept of creating an album of piano cover tunes. So of course I did not hesitate to purchase the release as soon as I became aware of it. Mr. Webb is an excellent piano player and if he wants to indulge himself a bit, who am I to argue? He thanks Randy Newman for inspiring the idea in the album's liner notes. I sincerely hope Mr. Webb has fewer conversations with Mr. Newman and returns soon to doing what he does best - compose songs with unique lyrics. He is amongst his generation's finest.
Read more
3 people found this helpful
Helpful
Report abuse

Mark Saxon
1.0 out of 5 stars All piano, NO VOCALS CD.
Reviewed in the United States on July 6, 2019
Verified Purchase
I’m a big fan of Jimmy Webb. If you like instrumentals, Webb is a good keyboard player. But I was expecting another vocal/inst. album, like 10 easy pieces. This album is Jimmy playing all the songs on the keyboard. No vocals. I was very disappointed.
Read more
2 people found this helpful
Helpful
Report abuse

Craig Brown
3.0 out of 5 stars Music great, package bad
Reviewed in the United States on April 9, 2020
Verified Purchase
Love almost all Jimmy Webb music and this highlights his mastery of the piano regardless of the composer. Wonderful selections.

The bad news is the case came with the plastic shattered and the cardboard worn. CD still works.
Read more
Helpful
Report abuse

Ron Oates
5.0 out of 5 stars Jimmy Webb... The outstanding creative pianist we all know and love.
Reviewed in the United States on February 4, 2020
Verified Purchase
I was pleasantly surprised by this previously unknown (to me) side of Jimmy's piano prowess. I have always been a fan of his playing but now, even more so. This is all piano... no vocals. And, there is only one of Jimmy's songs in this great list of titles. Wonderful...!!!
Read more
Helpful
Report abuse

AsianCharm
2.0 out of 5 stars Boring!
Reviewed in the United Kingdom on June 8, 2019
Verified Purchase
I love Jimmy Webb's writings very much and have been collecting his albums through the years. The latest offering, however, is really a total disappointment. I can sum up my disappointment in one sentence, every song sounds the same with uncanny similar boring stylistic arrangement. Piano arrangement of any genre of music is an art in itself. Even as creative a composer-arranger George Winston is, after awhile, he couldn't get out of that "George Winston" mode and every record begins to sound the same.

Back to this CD. While I was listening to this CD, I couldn't help but thinking that if Webb had hired some interesting singers to back him up, the outcome might be totally different and complimentary to his piano arrangements.
Read more
2 people found this helpful
Report abuse

S. N. Corry
5.0 out of 5 stars Jimmy’s Juke Box Delights...
Reviewed in the United Kingdom on May 22, 2019
Verified Purchase
It would make for a very boring and redundant experience for artist and listener if each release simply followed the pattern of its predecessor. I remember going to a concert by Mr Webb at Fairfield Halls in Croydon in the 1990s. He held a rapt audience spellbound with his sparse piano rather beautifully complementing that unique voice and delivery which can, at times, teeter on the brink of a departure from the accepted norms of pitch and key. No-one puts across a Jimmy Webb song like Jimmy Webb. We were teased that night with the moving “No Signs of Age” which remained unreleased until appearing on his wonderful(but unjustly neglected) “Twilight Of The Renegades” album. The solo piano backing of the live performance was a triumph of what not to play, the silences between notes drawing the listeners in and allowing them to inhabit the song in a way a full band or orchestral backing could never achieve. And now Mr Webb brings that same skill to instrumental versions of perhaps unfamiliar songs by some of his favourite contemporaries. After a few spins, I found myself utterly won over by this approach and truly appreciating the decision to remain vocal-free. As alluded to in the sleeve note, it’s an invitation to Jimmy’s for dinner with everyone finishing the night in the drawing room listening to the magic in our host’s fingers. Different and in a good way.
Read more
2 people found this helpful
Report abuse

Melissa
5.0 out of 5 stars Excellent album of piano arrangements
Reviewed in the United Kingdom on May 22, 2019
Verified Purchase
As a big fan of Jimmy Webb, and piano music in particular, I found this album to be a winning combination. The album features instrumental pieces of some of the greatest songs in the post-Great American Songbook era. My personal favourites are Lullabye (Goodnight, My Angel) by Billy Joel; God Only Knows by The Beach Boys; and The Long and Winding Road by The Beatles.

There were a number of songs I'd not previously been aware of, but this is really relaxing listen from start to finish, and anyone who enjoys hearing Jimmy playing piano will likely appreciate this album too. For a mere £5.99 (the album's launch price in May 2019), it's hard to go wrong.
Read more
One person found this helpful
Report abuse

Mr Paul English
5.0 out of 5 stars Jimmy Webb is alive and well, as this album shows......
Reviewed in the United Kingdom on May 22, 2019
Verified Purchase
While I'm waiting for the CD to arrive - and hopefully a vinyl version later on - I've downloaded "Slipcover" to my mobile phone and I've been playing it quite a lot yesterday and today.

I'm not a musician or a musical expert in any shape or form but I know what I like and I know when a piece of music brings me somewhere special. Decades after their release, I can still be amazed at recordings like Roy Orbison's "In Dreams" or Phil Spector's "You've Lost That Lovin' Feelin', like hearing them for the first time again. The gift of music!

"Slipcover", after repeated plays, revealed itself to me this morning as such an elegant & beautiful recording. Some, like "Moonlight Mile" and "Pretty Ballerina", caught me straight away and I was thrilled with them.

Others, like "The Long & Winding Road" & "God Only Knows", because they have been played so often over the decades and deservedly so of course, what great songs they are, took longer to register in this new reading of them but I find that more and more they are standing on their own in a new light as Webb makes them his own.

I had many doubts about this impending release - Webb's first album with not a word sung, all songs bar one not composed by him - but I was wrong on all accounts. His delicate & impeccable playing is simply gorgeous. JLW is alive and well, thank God!

PS And this is before I get to hear it properly on my stereo. What more might be revealed then.....
Read more
Report abuse

David
2.0 out of 5 stars It's a pity
Reviewed in the United Kingdom on May 24, 2019
Verified Purchase
Having seen Jimmy Webb in a couple of TV documentaries where he was sitting at the piano and played some beautiful chords (mainly about his and Glenn Campbell's songs - e.g. Wichita Lineman) I thought this album would be worth a punt. I was disappointed. Jimmy Webb certainly has a nice ear for harmony; but he has a heavy foot on the sustain pedal. I must say, the piano sounds beautiful: many classical piano producers would do well to listen. But the arrangements - such as they are - and performances sound muddy and almost non-committal, as if he was doodling when told the mic was off. There is no doubt that Jimmy Webb can play piano beautifully when he wants to; he has a deft touch.... but this, sadly, just sounds like some studio floor cuttings.
Read more
One person found this helpful
Report abuse
See all reviews