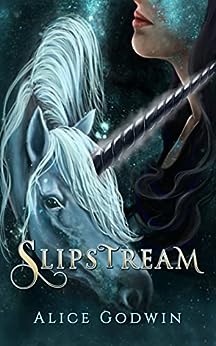 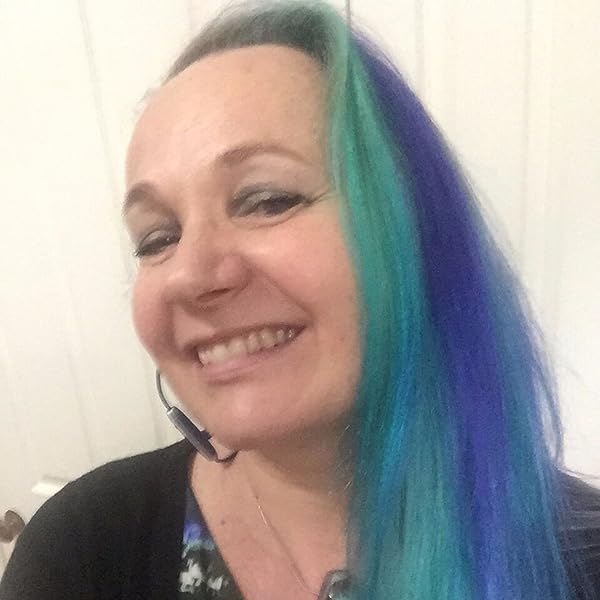 by Alice Godwin (Author) Format: Kindle Edition
Book 1 of 1: The Slipstream
See all formats and editions
Sorry, there was a problem loading this page. Try again.
When the body of a young heiress is found and her baby, ripped from the still warm corpse, is taken; the woman’s half-brother swears to bring those responsible to justice. It is a task that appears almost impossible until years later when he discovers the child’s name, Raven.

Now, in a post-apocalyptic world, Raven lives on the edge of society, earning her living immersed in the electronic chatter and detritus of a future, drowned world. And then Ceriful crosses the boundaries, bringing the slipstream in his wake.

Ceriful – sometimes demon and sometimes angel, but always dangerous – a being from another reality, part fantasy, part product of those who still dream, and oh so enticing. Ceriful needs Raven to restore his realm, and he brings with him a promise. Now Raven’s decision will either save his world, or hers. 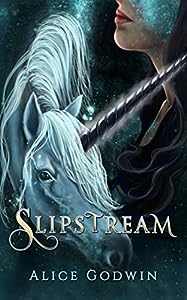 Julie S. Porter
5.0 out of 5 stars Mixture of Science Fiction and Fantasy Found in Travel Through Cyberspace
Reviewed in the United States 🇺🇸 on November 25, 2022
Spoilers: Slipstream by Alice Godwin is a very odd, strange, but somehow lovely mixture of Science Fiction and Fantasy. Thanks to the ability for one character to travel through dimensions and cyberspace, these genres have the ability to exist side by side, sometimes at the exact same time.

Jo, a detective, is investigating the death of a woman that seems to be connected to the Rapturists, a religious cult that disappeared at the turn of the century but has returned. During Jo's investigation, she encounters Connor, a stranger with a close connection to the deceased.

Meanwhile, Raven, a young woman, is investigating her ability to physically travel through the web. Many can in this book, but what makes Raven different is that she can do it without a device. Because of this, she is sensitive to electromagnetic pulses around her and can see various realities shift around her side by side. She can see figures from what she calls the slipstream when others cannot.

Halo, a Japanese immigrant, just left his family and is settling down with a pushy and persistent girlfriend, Azura.

While going out, he encounters Raven after one of her slipstream encounters. Halo learns Raven's backstory that she is considered a "Carnie," an orphan with no familial connections who steals codes and information to earn a living. He is attracted to her and wants to help her.

Eventually, these plots converge and are revealed to be connected. They offer more details to Raven's history and abilities.

By far the most interesting character in this book is Raven. Her powers are explored to their fullest and while Science Fiction in origin seems almost to border on Fantasy and Magic in their presentation.

One of her travels is to an in-between world that she calls Ghostlands (where she floats around like a spirit). There she encounters a leonine creature that she calls Ceriful. Ceriful acts as a guide through these alternate realities, but his behavior is ambiguous whether he is helping or hurting Raven.

After receiving a tapestry from and growing closer to Halo, Raven has slipstreams in which she encounters fairies and unicorns. It's fascinating that Raven's version of Slipstreaming often involves fantasy and magical characters.

If you think about it, Raven's interest in the fantastic makes sense. She is a young woman with no known family. She was forced to mature at a young age and lives in a futuristic society where magic and fantasy is no longer valued. Slipstreaming is Raven's way of living in a world of the impossible, to capture the magical aspects of fairy tales and legends that she could not find in the physical world. Slipstream helps Raven find a measure of power and control to these narratives that she is deprived from.

In a way, Raven is like a futuristic Anne Shirley, a girl with no biological family and a fully developed imagination who can't always separate fantasy from reality. Though Raven's slipstreaming gives her the ability to interact with them in a way that Anne was unable to.

For the imaginative Bookworm, or Science Fiction or Fantasy geek, slipstreaming would seem like an ultimate thrill. It seems like a way to literally travel through cyberspace and into the imaginative dream worlds that exist in our minds.

However, through Raven's experiences, the Reader learns that slipstream can be a curse. Raven can't always control where she goes or what appears before her. She is sometimes attacked by her own mental demons to the point that she is in danger of succumbing to insanity.

We also learn her history in which she has been targeted and experimented on from the time that she was born. Even her family has been the target of experiments that resulted in her astronomical powers.

The end results of the experiments on Raven are a frightened embittered woman with an amazing ability to see into different worlds and dimensions but can't trust her own mind.
Read more
Helpful
Report abuse

Celeste Wilson
4.0 out of 5 stars Murder mystery puzzle thriller
Reviewed in the United States 🇺🇸 on November 28, 2022
If you love sci fi mysteries and thrillers, you will love Slipstream. It’s a story set in a post-apocalyptic era that forces humans to live in controlled pods and travel in underground channels.

The story starts with a gruesome murder where a young woman’s belly is cut open and her unborn baby girl is stolen. The graphic nature of the murder is hard to imagine and appreciated that the author did not go into too much detail here.

The investigation goes cold until the child, Raven, is found sixteen years later. The mystery of her mother’s murder becomes more and more complicated as characters are added to the plot.

This is where I felt the need to take notes and go back to read earlier sections in the book. As characters are added so a puzzle of events unfolds. The story jumps from the present to different portions of the past, even before Raven’s birth.

You come to understand the inclusion of each person and event as the story builds. Be patient with the plot and you’ll see the significance closer to the end. This keeps the reader guessing constantly and I found that I was trying to play detective as I read.

The story ends abruptly and will no doubt continue in a second book. The story left me with many questions about why Raven was taken from her mother so violently.

How did she end up living with the carnies in modest surroundings despite being an heiress?

What was the motive for her mother’s murder?

You are left speculating. Few answers are revealed in book one which will make book two an interesting read for anyone who enjoyed Slipstream’s puzzle mystery thriller theme.
Read more
Helpful
Report abuse

Brooke Auckerman
5.0 out of 5 stars Amazing Read
Reviewed in the United States 🇺🇸 on November 26, 2022
I really enjoyed reading Slipstream by Alice Godwin . I definitely enjoyed the mystery throughout the book, and how the story of the victim is told by going back and forth between the present, past, and future. Every time I flipped the page I could not put my kindle down. The plot was amazing, The character’s were very well developed you could definitely find someone in the story to relate to personality wise or even personally. The book was very easy to read for me, and overall I would highly recommend you all read this book, and I will definitely support the author going forward.
Read more
Helpful
Report abuse
See all reviews
Report an issue
Does this item contain inappropriate content?
Report
Do you believe that this item violates a copyright?
Report
Does this item contain quality or formatting issues?
Report