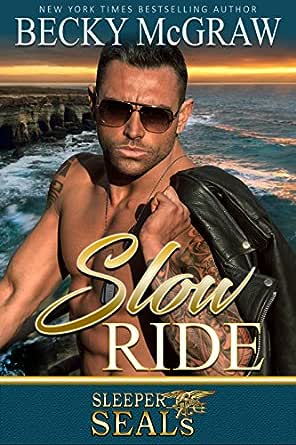 You've subscribed to Sleeper SEALs! We will preorder your items within 24 hours of when they become available. When new books are released, we'll charge your default payment method for the lowest price available during the pre-order period.
Update your device or payment method, cancel individual pre-orders or your subscription at
Your Memberships & Subscriptions
There was an error. We were unable to process your subscription due to an error. Please refresh and try again. 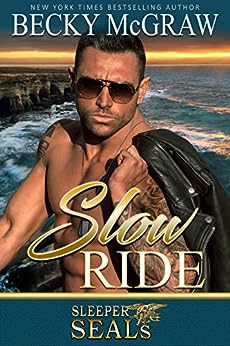 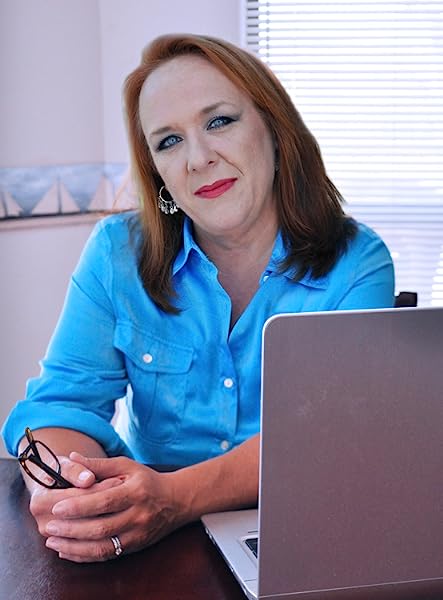 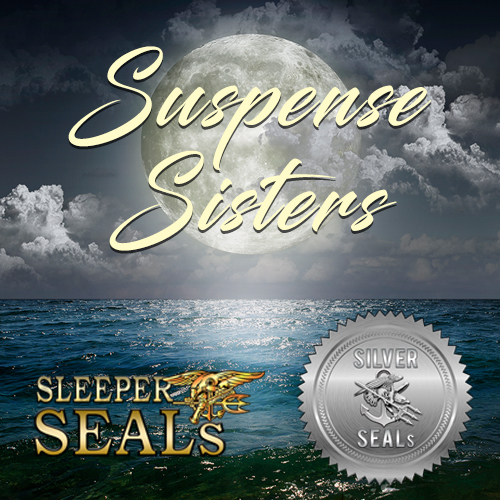 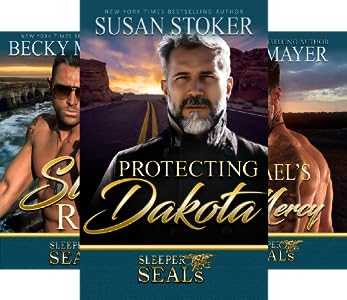 4.6 out of 5 stars
4.6 out of 5
204 global ratings
How are ratings calculated?
To calculate the overall star rating and percentage breakdown by star, we don’t use a simple average. Instead, our system considers things like how recent a review is and if the reviewer bought the item on Amazon. It also analyzes reviews to verify trustworthiness.
Top reviews

Amazon Customer
2.0 out of 5 stars The heroine was selfish
Reviewed in the United States on November 9, 2018
Verified Purchase
I have a few issues with this story. In the beginning, this guy was rather arrogant. We never really figured out what had happened with the previous relationship. Even after he calls the woman the wrong name, she falls right back into bed with the man.

The only reason that works is because the heroine was written rather...weak.

I absolutely did not like the heroine in this book. She was written as a selfish, weak person who was not very good at her job. She let fear rule her life. She was supposed to be a federal agent, but when confronted with reality, couldn’t deal. She ran back to a safe desk job at the first opportunity and gave up everything she has been working towards due to fear.

After an entire book of this man struggling with his injury, grieving his lost identity, we just jump forward into a HEA marriage with the woman who left him behind without looking back. There were no issues about leaving the Navy, the SEALs behind him?

No way. She was selfish to ask. It was beyond unrealistic to believe he just gave it all up with no regrets due to loving this woman.

I’m the first female firefighter on my department. The female character lost my respect when she fell back into bed with a man who called her the wrong name! With no discussion or time to work through it. Then again when she missed the first bad guy. The yet again when she dropped to her knees in fear during an operation. She threw away a relationship with a great guy and gave him no explanation-because she was afraid he might die? Get. Over. Yourself.

She was in desperate need of therapy.

I read it to see how it played out, but I didn’t like it nearly as much as the first book in this series. I discovered a few new authors I enjoy after reading their kindle worlds books with Susan Stoker’s characters. Though I don’t think I will read any more of this author.
Read more
7 people found this helpful
Helpful
Comment Report abuse

Denise H
5.0 out of 5 stars Well written, funny and sexy with a lot of action
Reviewed in the United States on September 26, 2017
Verified Purchase
I received a copy from the author and am voluntarily providing my honest review.

This book contains a well-developed plot, loaded with drama, suspense and heat. It has a fast paced storyline full of action, intrigue, snarky banter (with funny nicknames), laugh out loud moments, and strong heroes and heroines that get the job done. It is an unbelievable ride you will not be disappointed in taking. It captured my attention from the beginning and held my rapt interest until the end. Both main characters are strong willed and determined, fighting their intense attraction to each other while trying to complete their individual under cover missions to find the threat and take down the bad guys.

Keegan MacDonald is out on terminal leave working in uncle’s motorcycle shop. He is constantly beating himself up over a bad decision that ultimately cost him his place on his SEAL team and has him in the position he is now in…depressed and angry at the world, feeling completely useless. But one phone call from Commander Greg Lambert with a proposition he cannot refuse, changes the course of his life; giving him new direction and purpose. Though however ready he thinks he is for the assignment, he is definitely not prepared for the feisty female he meets along the way and the intense attraction he feels. Blaming a woman for his current predicament in the first place, he is determined to keep a level head and his distance but fate has something else in store. After an incident leaves her in his debt along with her evasive answers he knows all is not as it seems. And when he starts putting two and two together and busts her cover as well as identifies the threat, he knows he is in for more than he bargained for on this assignment. When he learns she is determined to proceed alone, he dives in to the deep end, determined to protect her whether she wants it or not. He only hopes they both come out of this mission alive and his heart survives the journey.

Jules Lawson has her own agenda and it certainly does not involve a hunky male specimen with a hero complex who has also become her prime suspect. She cannot afford to yet again fall for the wrong type of man. She has to keep her head in the game because her life and career depend on it. She is determined to prove herself to her boss so she can get the promotion she has desperately been wanting for years. However, the closer she gets to the new mystery bouncer she knows there is more to his story. Shocked and angry when she finds out they are sort of on the same side and after the same target tension rises and sparks fly. Determined to not let him get the upper hand, she proceeds on her own almost costing her life. After they form an uneasy alliance it becomes all hands on deck to eliminate the threat. She only hopes that when all is said and done, she will be able to resist the strong pull towards this complex man.

Keegan and Jules are perfectly matched in attitude, confidence, fortitude and drive and they fight hard and love harder. They each have their own skills that complement the other and aid in their survival and both thrive on the thrill of action and danger. And throwing in the assistance of his SEAL buds and awesome aunt and uncle makes for a great read. It is an undeniably irresistible story that will hold your interest to the last page.
Read more
4 people found this helpful
Helpful
Comment Report abuse

Angiereadsalot
5.0 out of 5 stars A sexy romantic adventure full of sassy banter and a suspenseful storyline. Becky McGraw makes the Sleeper Seals come to life!
Reviewed in the United States on October 8, 2017
Verified Purchase
Lt. Commander Keegan "MacDaddy" MacDonald is an injured Navy Seal trying to come to terms with his career changing injury. Muscle and nerve damage in his right arm make him a hazard to his team. As he is deciding whether to have a surgery that could get him 50% function of it, accept a desk job or take a medical retirement. When his decision time has a window of a few days he is contacted by Retired Navy Commander Greg Lambert, Lambert has been entrusted to head a new CIA Division of Sleeper Seals. Retired, injured but still worthy of their country's confidence.
Lambert needs MacDonald to go undercover at a bar to try and find a leak of Navy info to a terror cell. When he is there he meets Federal Agent Jules Lawson who is on assignment at the same bar.
This book has everything. A hot romance, realistic characters, a suspense-filled story and lots of adventure. I love Becky McGraw's books and she has another winner here.
Read more
4 people found this helpful
Helpful
Comment Report abuse
See all reviews

Janet (Cornwall)
5.0 out of 5 stars New to this author, great intro
Reviewed in the United Kingdom on December 1, 2018
Verified Purchase
Thoroughly enjoyed this story. Already a fan of Susan Stoker, I am following the Sleeper Seals and discovering new authors to try. Loved Ms McGraw’s style, and will definitely try out her series this links with.
Read more
Report abuse

Elspeth
4.0 out of 5 stars Loved this
Reviewed in the United Kingdom on September 27, 2017
Verified Purchase
from the superb cover to the HE'S. What lost the star? The balance was off a little. The action seemed a tad contrived, but it was a decent read.
Read more
One person found this helpful
Report abuse

sh3313
5.0 out of 5 stars good read
Reviewed in the United Kingdom on March 2, 2019
Verified Purchase
Enjoyed this book I have not read Becky McGraw before
loved Jules and Keegan will read more by this author.
Read more
Report abuse

Nette
5.0 out of 5 stars Sleeper seals
Reviewed in the United Kingdom on September 29, 2017
Verified Purchase
I loved the twists in this story & the characters. I read this as it was part of a series started by one of my favourite authors but I am now considering trying the Deep 6 Security series
Read more
Report abuse

Kindle Customer evelyn lawrence
5.0 out of 5 stars Review
Reviewed in the United Kingdom on October 28, 2018
Verified Purchase
That was a very very good story sad happy a cry all I one book good going I would say
Read more
Report abuse
See all reviews