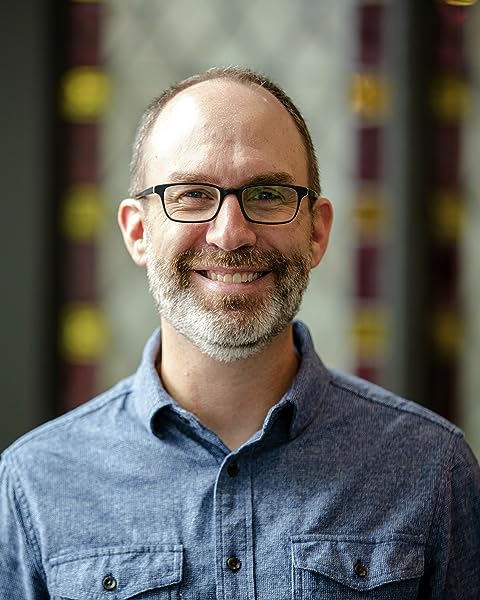 Small Groups for the Rest of Us: How to Design Your Small Groups System to Reach the Fringes Paperback – September 29, 2015

Start reading Small Groups for the Rest of Us on your Kindle in under a minute.

4.7 out of 5 stars
4.7 out of 5
20 customer ratings
How does Amazon calculate star ratings?
Amazon calculates a product’s star ratings based on a machine learned model instead of a raw data average. The model takes into account factors including the age of a rating, whether the ratings are from verified purchasers, and factors that establish reviewer trustworthiness.
Top Reviews

@joemcfddn
4.0 out of 5 stars Good book to help you tweak your small groups system!
Reviewed in the United States on April 9, 2016
Verified Purchase
As a groups pastor I always add in several books on researching ideas, strategies, suggestions on ways to continue to tweak small group systems. Over the years I have learned a lot from others in this area and continue to add modifications in where I can. There is no system that works completely all the time and the best small groups system in any church is custom-designed for it to meet the needs of why the system exists there.

In “Small Groups for the Rest of Us“, Chris Surratt does a good job taking this approach of someone who has also tweaked a system to fit the needs of the church it was in. I like that the book isn’t proposing just a new system but more or less some best practices per se that can be implemented and spliced into an existing system. Surratt does well in being honest about places where they struggled along the way and even where they may not have things completely figured out yet.

As Surratt states in the book:

IN A GROWING CHURCH, EVERY SYSTEM SHOULD BE TWEAKED OR COMPLETELY BLOWN UP EVERY FEW YEARS.
I do also like that Surratt wrote a bit about multi-site group structure in this since that is an area of group ministry I am currently looking to learn more about.

If you are a small group director or pastor I would recommend this book and choose some best practices to implement. You don’t necessarily need to add them all in at once but by making a few changes here and there you can gain traction quite quickly.

YOU WILL NEVER KNOW WHAT WORKS FOR YOUR CHURCH UNTIL YOU PUT IT INTO ACTION. ONE THING, HOWEVER, IS CERTAIN: THERE IS NO SINGLE SYSTEM THAT WORKS PERFECTLY FOR EVERY CHURCH. (P.71)

A few questions and/or changes I am contemplating after reading this which may help you process through your own groups system:

Lawrence
5.0 out of 5 stars Answering the hard questions about small groups!
Reviewed in the United States on December 7, 2015
Verified Purchase
Chris Surratt really answered a need with this book. There are lots of "how-to" books out there, but not many "why" books and why not. Chris shares his honest failures right along with his successes and it makes for a very helpful book on developing and seeing success with your small group initiative. Highly recommend and definitely one I will read again and again.
Read more
2 people found this helpful
Helpful
Comment Report abuse

J. D. Whitely
5.0 out of 5 stars Stands out from the crowd!
Reviewed in the United States on July 25, 2017
Verified Purchase
This is an excellent book.
There are many interesting details of small group that Chris zeros in on and brings them to light!
well written and very practical.
Read more
3 people found this helpful
Helpful
Comment Report abuse

S. Tate
5.0 out of 5 stars Good stuff!
Reviewed in the United States on November 1, 2016
Verified Purchase
I use this book as the basic text to help small rural church leaders get started with small groups. It takes a simple, understandable approach. I recommend it.
Read more
3 people found this helpful
Helpful
Comment Report abuse

D. Thomas
5.0 out of 5 stars Great book
Reviewed in the United States on August 26, 2016
Verified Purchase
Chris does a great job communication the value of small groups. He also has great principles that are very transferable for any small group ministry.
Read more
3 people found this helpful
Helpful
Comment Report abuse

Valerie H.
5.0 out of 5 stars Insightful & Practical
Reviewed in the United States on May 4, 2016
Verified Purchase
Our groups are struggling. This was extremely insightful and practical! A quick read too. Best book on groups I have read. Really addresses what really works today!
Read more
3 people found this helpful
Helpful
Comment Report abuse
See all reviews from the United States

Page 1 of 1 Start overPage 1 of 1
This shopping feature will continue to load items when the Enter key is pressed. In order to navigate out of this carousel please use your heading shortcut key to navigate to the next or previous heading.
Back
Next
Pages with related products. See and discover other items: reach for the stars