Small Miracles and millions of other books are available for instant access. view Kindle eBook | view Audible audiobook
Share <Embed>
Have one to sell?
Sell on Amazon 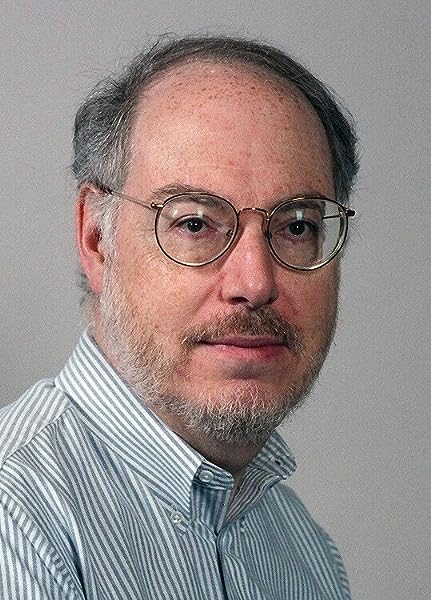 "I was royally entertained. For the duration of the book, I was convinced I understood nanotechnology. Buy this book quick."

"Lerner shows what it might be like to live in times of artificial intelligence. An entrancing and frightening novel."

"' Miracle: an event or act that breaks a law of nature -- especially one attributed to a deity.' The miracles in Edward M. Lerner's new book may be small ones, but they fit the definition in that they definitely aren't natural -- which could be a problem. When God makes a miracle, it's a wonder, but a man-made miracle can as easily be a blunder. We are only human after all."

-- BRIAN LUMLEY, Grand Master of Horror and author of Necroscope --back cover

"From its explosive beginning to its explosive finale, Small Miracles is fast paced and very high tech and reads like a Michael Crichton novel. It is extremely intriguing and provocative; I couldn't put it down, especially during the last fifty pages when so many lives were in danger. The epilogue is wonderfully downbeat and open, letting the reader know that the real nightmare has just begun."

EDWARD M. LERNER has degrees in physics and computer science. As an engineer, Lerner has led development projects for NASA and various contract work from telecommunications to national defense. His books include Probe, Moonstruck, and the collection Creative Destruction, as well as a collaborative series of Ringworld prequels (Fleet of Worlds and Juggler of Worlds) with Larry Niven. He lives in Virginia with his wife, Ruth.

Start reading Small Miracles on your Kindle in under a minute.

Arthur W Jordin
4.0 out of 5 stars Emerging Intelligence
Reviewed in the United States on August 8, 2011
Verified Purchase
Small Miracles (2009) is a standalone SF novel. It is set in the near future when nanotechnology development is blooming.

In this novel, Brent Cleary is a sale engineer for Garner Nanotech. He has been riding on police patrols to demonstrate the new nanosuits and to get ideas for improvements.

Kimberley O'Donnell is a programming section leader at Garner Nanotech. Kim is a close friend of Brent.

Daniel Gardner is the founder of Gardner Nanotech. Dan is a believer in nanotech and his company.

Charles Walczak is director of the Biology Department at Gardner Nanotech. He is ambitious and prideful.

In this story, Brent is riding with Sargeant Korn in Angleton. It is his first night patrol. Korn soon learns about the stiffening effect and Brent tells him more.

Then Korn gets a domestic disturbance call. They drive to a large apartment building. Korn turns off the ignition and leaves Brent in the car as he goes into the building. Brent notices some locals stealing gasoline from a pipeline and gets out of the car to scare them away.

When Brent recovers consciousness, he is hospitalized with major wounds. The pipeline was gone and so was the apartment building. The car was wrapped around a utility pole and Brent was trapped inside.

The nanosuit had kept him alive, but bones were broken and organs were damaged or destroyed. After months of treatment, Brent returned to the Garner Nanotech headquarters in Utica. Dan had sent the company plane to fly him back and fellow employees meet him at the airport.

Kim rides home with him and spends the night watching over him. When he wakes the next morning, she warms muffins for breakfast. She answers some of his questions about the incident, but he has many more.

Brent is having dreams about the accident. He tries therapists, but they only talk about the incident. Then he finds a therapist that uses self-hypnosis.

Kim is also noticing changes in Brent. Charles and others tell her that such changes are to be expected after a traumatic event. Kim keeps on asking about the nanites.

This tale awakes a nanite web within Brent's brain. It communicates using messenger RNA. Then it intercepts blank messengers from brain synapses. It starts growing new synaptic junctions within his brain.

This story has an emerging intelligence developing within Brent's brain. It has full access to the human's sensory system and memory as well as some access to the internet. The EI can also trigger hormone changes within his body, but it is not affected by such hormones. It is without any emotion except a desire to survive.

WWW  series presents an emerging intelligence that adopts human style emotions. In that story, the EI has access to the internet as well as to the human visual system. It is not limited by human faculties.

In Asimov's  robot tales , the positronic brains were impressed with Three Laws. Since emerging intelligences can change their own programming, such laws may well be overwritten. So this story is probably a more reasonable portrayal of such an EI.

Recommended for Lerner fans and for anyone else who enjoys tales of artificial intelligence, nanotechnology, and persistent friendships. Read and enjoy!

Rohit (NZ)
4.0 out of 5 stars Possible futures of Nano-technology
Reviewed in the United States on July 23, 2013
Verified Purchase
It was enlightening to see where he took nano technology. My interest was maintained to the end of the book.
Read more
Helpful
Report abuse

Christina Paige
4.0 out of 5 stars Nanotech Emergent
Reviewed in the United States on October 25, 2009
In Small Miracles, Brent Cleary works for a nanotech company that makes nano body armor. His job is to accompany cops on their beat to demonstrate how effectively the suit protects the wearer from knife thrusts, bullets, even infection. A single successful demonstration can mean a huge order for the company. It's 2015; the US is involved in a 3-front war, and gasoline costs eight dollars a gallon, so we still haven't converted to metric. Talk about a bleak future!
When the ride-along goes FUBAR, Brent only survives because of the suit.
A year later, Garner Nanaotech is poised to make huge profits, all because Brent survived the unsurvivable in their product. Brent wonders how the nanites preserved him, and what mechanisms were in place to eliminate the nanites from his system once they did their job. As he begins to ask questions and conduct his own research, his best friend Kim is encountering design flaws that put the sales schedule at risk - which must not happen. Parallel stories of Darwinian survival evolve: that of the company, that of the nanites, and those of the individuals who are the unintending makers of a changed future.
Lerner has co-authored three Ringworld prequels with Larry Niven, and several s-f techno-thrillers of his own, including Fools' Experiments, which has a similar theme of technology gone AIwry. He has an impressive array of short story publications, and his collection Creative Destruction is probably well worth reading. His official degrees are in physics and computer science, but his unofficial PhD is clearly in suffering bureaucracy ungladly. Almost all his villains are the self-serving weasels that infest corporations to subvert all work to their own nest-feathering. His descriptions of what goes wrong, how, and why are terrifyingly realistic. In an eerie way, his books are like sequels to The Screwtape Letters and the "Screwtape Proposes a Toast" by C.S. Lewis.
Small Miracles is a techno-thriller in good order with all the requisite elements of characterization, surprise twists, and dire consequences of hubris and greed - the classic and constant besetting sins. And yet, as I read it, I kept wishing it had been written by Isaac Asimov instead, for two reasons. Well, three. Third, it would mean Asimov were still alive, prompting readers to thought and laughter. But first, because he would have included more actual scientific information and source material in the narrative. If an author has advanced degrees or uncommon knowledge and sharp imagination, then good story-telling leaves the reader well informed and mentally alert. Second, because Asimov was essentially optimistic, and so he would have taken the story down very different paths to a qualitatively different conclusion. For example, just with the beginning, I can't imagine an Asimov protagonist being so stupid as to move towards a gas pipeline that has just been breached by guys about to win a group Darwin Award. Yes, the protagonist's unlikely survival propels all the subsequent action, but it is hard for me to respect either a character who would do that or the author who would contrive such a character. I think Lerner writes more from experience than from imagination, and he has yet to experience or imagine a successful alternative to the Animal Farm model of progression. I would love to read a book in which he does.
Read more
4 people found this helpful
Helpful
Report abuse

William M. Dean
2.0 out of 5 stars Can not recommend this one
Reviewed in the United States on September 9, 2015
Basic sci-fi adventure novel: Man vs. Machine. Technically, the writing was good; sentences reasonably well constructed, no typos. Characters were pretty generic and relationships were stated, not shown. Motivations were also stated and not shown, and too often restated, especially closer to the end. I enjoyed the first half of the novel, but the second half dragged because I found the main characters escapades implausible. Also there is no insight as to the reason the tech turns against humans. I think that it might have been entertaining to the end had it not become bogged down in details (justifying behaviour, restating motivations, dissecting every thought a character has when something as simple as a nervous tick would have told the reader all he/she needs to know). Lerner seems a competent writer. I would try him again, but I can not recommend this one.
Read more
Helpful
Report abuse
See all reviews