Small Places and millions of other books are available for Amazon Kindle. Learn more 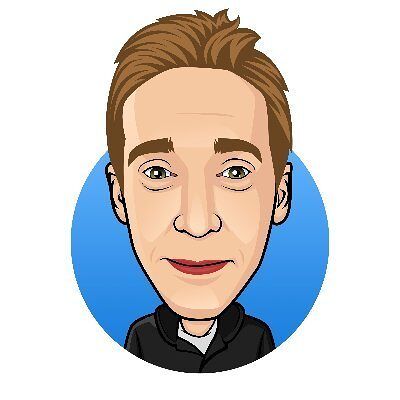 by Matthew Samuels (Author)
4.3 out of 5 stars 6 ratings
See all formats and editions
Sorry, there was a problem loading this page. Try again.

Start reading Small Places on your Kindle in under a minute.

Traveling Cloak
4.0 out of 5 stars A Fun, Imaginative Read
Reviewed in the United States on August 5, 2021
The first thing to know about SMALL PLACES is that this is a short novel; while the page count comes in at 300+ plus, the book itself is small with formatting that probably would make it more of a 150-175 page book were it a standard size. I bring that up just to say that the number of pages combined with Samuels’ smooth writing style made this a quick, easy, light read for me. I really enjoyed that, especially as a bit of a buffer between epic fantasy reads. Kind of a cream filling between layers of cake, if you will.

That is not to say Small Places does not stand on its own merits, because it absolutely does. In spite of having a name that evokes visions of cramped settings, it is very much a character-driven novel. Written in first-person (I know, controversial, but I am good with it) from Jamie’s point of view, it would be difficult to be anything but. I think the author made the right choice with respect to perspective, because as a reader I enjoyed seeing things through Jamie’s eyes as he experiences new worlds, creatures, and adventures. There are too many of those to name them all, but Jamie encounters faery worlds full of trolls, elves, giants, Orcs, centaurs, and even different combinations of all of the above en route to trying to save the world.

Did I mention there are witches? I did not, because they deserve their own paragraph. There are a few present in the book, but Melusine (“Mel”) is the main one. Mel is the one who convinces Jamie to join her on this journey to the faery realm (and more, besides). She is funny and snarky and OLD and is not here to take crap from anyone, especially not some 20-something who knows jack about the world outside of his box. She is not afraid to say so, either. The dynamics between Mel and Jamie (and Mel and everyone/everything else, honestly) kept me going, even when there were lulls in the story. She definitely steals the show.

There is a lot to like about this book. Small Places is fun and well-imagined, with interesting characters and themes that hold up well in today’s world (climate crisis, acceptance, gender dynamics). I recommend it for fans of fantasy, especially those of urban fantasy – a category which fits this book quite well.
Read more
Helpful
Report abuse

LB (Book & Nature Professor)
4.0 out of 5 stars Fun Urban Fantasy with Great Chracters
Reviewed in the United States on August 6, 2021
I enjoyed reading Small Places by Matthew Samuels. It was a very different twist on magic and urban fantasy. We follow the main protagonist, Jamie, through his first-person narrative of his adventures to heal, Gaia, the Earth Spirit. We see him as a young boy, white hair that makes him stand out, with his best friend, Sam in a small English village. They are asked to get medicine for a sick village man. Little do they know they would be entering a realm with magic, and meeting Melusine, the witch of flesh and blood, who gives them the medicine. While it is a jarring experience for the two young children, Jamie feels a connection to the vivid and magical world he has entered. As he grows up things change, as it does for all of us. Sam has moved on and Jamie works in London. Melusine is a long past memory, until Jamie must go home to see his mother, who is dying of cancer. A card from Melusine asking to meet him changes his life forever.
There are so many different twists on stories of magic and fantasy. When Jamie meets Melusine (Mel) again, she needs his help and will pay him. Gaia is in trouble, wreaking havoc on Earth. The only way to stop it is to get the fey, both from the Seelie (think of them at the “good” fey) and Unseelie (the “bad” fey who practice dark magic) courts to help her. The two courts do not trust each other, so it will be no small feat to accomplish. And she needs Jamie. Why exactly she needs Jamie is something we really don’t know, but she is willing to take him on as an apprentice. He has no magical ability, which is very interesting. In just about all fantasy books, the main protagonist has some magical ability. Jamie has none that he demonstrates nor any affinity for it.
Small Places is fun, albeit sometimes gritty, ride from start to finish. While the pacing was a little slow at first and quite a bit happened towards the end of the book, it is off-set by excellent character development. Jamie and Melusine are not only well-developed characters, they interact on a realistic level. They are a perfect complement to each other, she the witch of blood and flesh, and he the human with no magical ability save his courage and loyalty. The fae are interesting in that the Seelie and Unseelie courts are the exact opposite, one prissy and aloof, the other paranoid and dangerous. All of these characters put aside their differences for the greater good of saving Gaia. The story of saving Gaia, the earth spirit, can almost be a metaphor for us and how we are treating this planet. A small group of magical beings and one human save the earth. Sometimes it’s the little things that make all the difference. Small Places is an excellent addition to the urban fantasy genre and I highly recommend it.
Read more
Helpful
Report abuse
See all reviews
Back to top
Get to Know Us
Make Money with Us
Amazon Payment Products
Let Us Help You
EnglishChoose a language for shopping. United StatesChoose a country/region for shopping.
© 1996-2021, Amazon.com, Inc. or its affiliates