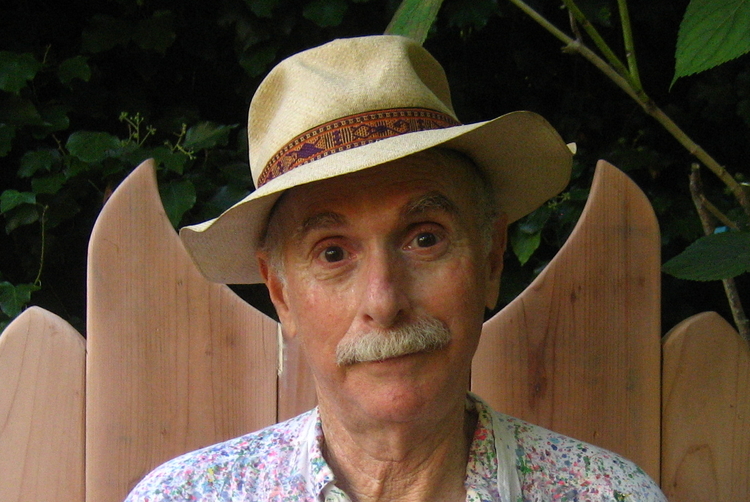 The title of this book is a mild pun. People are using smart "mobs" (rhymes with "robes") to become smart "mobs" (rhymes with "robs"), meaning, sophisticated mobile Internet access is allowing people who don't know each other to act in concert. In this timely if at times overenthusiastic survey of wireless communication devices, Rheingold (The Virtual Community) conveys how cell phones, pagers and PDAs are shaping modern culture. He interviewed dozens of people around the world who work and play with these technologies to see how this revolution is manifesting, and his findings are stirring. The concept has caught on among young Japanese, where cliques of teenagers hang out together all day, despite being in different places, by sending and receiving hundreds of iconic text transmissions on their iMode telephones. And demonstrators in Seattle and Manila relied on wireless telephones to coordinate their actions and evade barricades. In major cities, Rheingold says, techno-hipsters can congregate in "WiFi" areas that interact with their wireless devices to let them participate in a virtual social scene. In one amusing example, he tells of upscale prostitutes who can enter their services and prices into their mobile phones, allowing customers to discreetly determine if anyone nearby is selling what they want to buy (a Japanese company, Lovegety, has already adapted this idea to dating). This study of the potential of mobile, always on, fast Internet access nicely serves as a travelogue to the future, showing the possibilities and dangers of communications innovation.
Copyright 2002 Reed Business Information, Inc.

Mobile, wireless, Net-connected devices are now being hawked by the computer and telecom industries, prompting technology author Rheingold to take stock of the incipient revolution. Glimpsing the future in vignettes of wireless users in Helsinki and Tokyo, Rheingold primarily explores the sociology that might characterize a world of "ad-hocracy," in which people cluster temporarily around information of mutual interest. Rheingold describes how consumerism might change when pedestrians, as their mobiles detect stores and restaurants, patch into electronic gossip about an establishment. The location-detection feature of these devices will inevitably breach privacy, which informs Rheingold's somewhat skeptical stance toward this brave new world, and contrasts with the enthusiasm of certain computer scientists he interviews, such as Microsoft's promoter of a wireless urban space pervasively connected to the Internet. The cyber-savvy and socially aware will be interested and undoubtedly concerned by Rheingold's informed report. Gilbert Taylor
Copyright © American Library Association. All rights reserved

"Anywhere Rheingold goes, I'll be there behind him." -- Kevin Kelly, author of New Rules for the New Economy

"Offers a vivid mural of [a] strange new frontier...A fascinating romp through the far edge of what's next." -- Fast Company, October, 2002

"Rheingold, a veteran technology watcher and well-published futurist... has put his finger on yet another transformative technology." -- TimeMarch 10, 2003

"[Rheingold is] an astute observer of the social impact of technology...provocative...[a] unified field theory of current tech thinking." -- BusinessWeek 11/18/02

Howard Rheingold is one of the world's foremost authorities on the social implications of technology. Over the past twenty years he has traveled around the world, observing and writing about emerging trends in computing, communications, and culture. One of the creators and former founding executive editor of HotWired, he has served as editor of The Whole Earth Review, editor-in-chief of The Millennium Whole Earth Catalog, and on-line host for The Well. The author of several books, including The Virtual Community, Virtual Reality, and Tools for Thought, he lives in Mill Valley, California.
Read more

Start reading Smart Mobs: The Next Social Revolution on your Kindle in under a minute.

Alex Soojung-Kim Pang
5.0 out of 5 stars Smart mobs, really smart book
Reviewed in the United States on October 24, 2002
Verified Purchase
"Smart mobs" sounds like an oxymoron: after all, what's more impulsive or uncontrolled than a mob? It's typical of Howard Rheingold to throw down such a brightly-colored rhetorical gauntlet, and then to describe how smart mobs are emerging in places as diverse as Tokyo, anti-globalization protests, and virtual communities. Forget images of mobs storming the Bastille, or rioters: smart mobs are a new kind of social organization, made possible by real-time, connective technologies-- cell phones, SMS, pagers, and the Web. If old-fashioned mobs were just giant assemblies of individuals, communications technologies give them nervous systems, the ability to coordinate their actions, to work together, and respond to changes and challenges. Smart mobs are not automatically good or evil. The crowds that brought down Phillipine president Joseph Estrada responded to calls put out via SMS. Anti-globalization protesters have been avidly embraced network technologies. So has Al Qaeda.
Some readers will doubtless find familiar ideas in "Smart Mobs:" for whatever odd reason, 2002 has been The Year of Books About Self-Organizing Social Networks, thanks to writers as different at Steven Johnson ("Emergence") and Mark Taylor ("The Moment of Complexity"). But Rheingold is scrupulous and generous about acknowleding his influences; besides, the real value of his book lies in his own fieldwork, and his reflections on what the smart mob phenomenon will mean for business, politics, and social life. Even if your copy of Wolfram is dog-eared and the spine is weak from re-reading (and let's face it, whose isn't), it's still worth following Rheingold through Shibuya, Helsinki, and the Web...
Read more
18 people found this helpful
Helpful
Comment Report abuse

J. David Evans
5.0 out of 5 stars Smart Mobs. Smarter Marketers.
Reviewed in the United States on September 7, 2004
Verified Purchase
The cool thing about "Smart Mobs" is that it's really happening. People are behaving in "linked" ways that transcend the obvious demographic definitions of groups we typically think of as "behaving in unison." As technology and the infrastructure arriving with it enable increasingly extemporaneous networks between people, marketers are similarly challenged to reach outside of traditional mass channels. Howard Rheingold brings us a really nice set of actual examples--combined with his own unique insights--that provide the basis for next-generation communications strategies as what had been cohesive groups fragment into a foam of indivduals united (only) by this moments current interest and the task at hand. For marketers, it's a great read...and a big clue. Anyway, I liked it.
Read more
7 people found this helpful
Helpful
Comment Report abuse

Lorne E. Nix
5.0 out of 5 stars Self-organization Student
Reviewed in the United States on June 14, 2010
Verified Purchase
Took a class of "Self-organization in Science, Technology, and Society" (at a highly respected research institution) where this was used as a main reference. I have seen other lectures by Rheingold and have great respect for his work. I would recommend this work as well as African Fractals by Ron Eglash.
Read more
One person found this helpful
Helpful
Comment Report abuse

teachgeek
5.0 out of 5 stars Excellent Read for anyone who lives with their technology and on social media.
Reviewed in the United States on July 12, 2013
Verified Purchase
Howard Rheingold is a prophet it seems. His research and then conclusions he came up with were great. As I was reading predictions being made by him or people he interviewed, it was eerie. Almost all came true by now. He studies technology from sociology, anthropology, as well as just observation of how people are using the technology. Great recent history lesson for young people today.
Read more
One person found this helpful
Helpful
Comment Report abuse

KaGey3
2.0 out of 5 stars Problem/Solution
Reviewed in the United States on December 27, 2013
Verified Purchase
Problem: books written about the Internet now are irrelevant in two years. Look at the age of this book and then... maybe write your own. It will be more relevant.
Read more
Helpful
Comment Report abuse

Heather M. Pond
5.0 out of 5 stars Technology
Reviewed in the United States on July 28, 2013
Verified Purchase
This book is right on the target for talking about technology in our society and the way it will shape all who interact with it.
Read more
Helpful
Comment Report abuse

Eugene
3.0 out of 5 stars interesting but outdated
Reviewed in the United States on January 18, 2009
Verified Purchase
Well, there isn't much to add to the subject. The book is quite engaging and thought provoking. Yet, it was good for when it was written. Most of the analysis the author puts forth is already commonplace in our current apprehension of technology. To cut the long story short, I got bored after the first few chapters.
Read more
One person found this helpful
Helpful
Comment Report abuse
See all reviews

Areen Salam
5.0 out of 5 stars Five Stars
Reviewed in Canada on February 13, 2015
Verified Purchase
Great shape and quality. No problems what so ever. Thank u
Read more
Report abuse