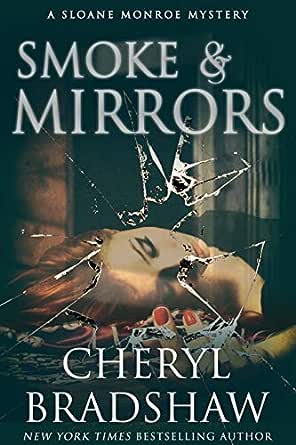 You've subscribed to Sloane Monroe! We will preorder your items within 24 hours of when they become available. When new books are released, we'll charge your default payment method for the lowest price available during the pre-order period.
Update your device or payment method, cancel individual pre-orders or your subscription at
Your Memberships & Subscriptions
There was an error. We were unable to process your subscription due to an error. Please refresh and try again. 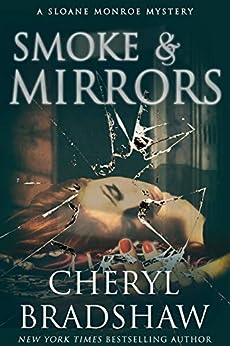 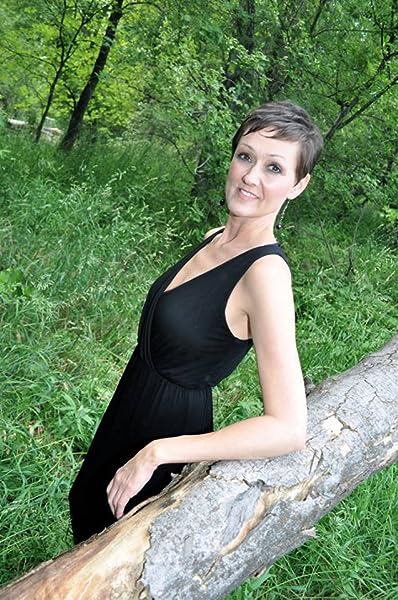 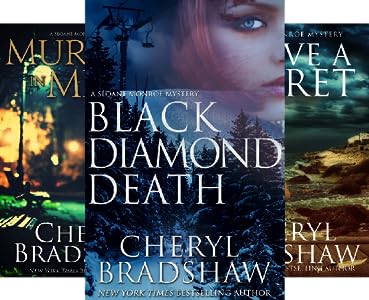 Sloane Monroe Shorts
(with characters from the main series)
1. Flirting with Danger
2. Dead of Night

4.4 out of 5 stars
4.4 out of 5
980 global ratings
How are ratings calculated?
To calculate the overall star rating and percentage breakdown by star, we don’t use a simple average. Instead, our system considers things like how recent a review is and if the reviewer bought the item on Amazon. It also analyzes reviews to verify trustworthiness.
Top reviews

Peggy
3.0 out of 5 stars What really happened to Petey?
Reviewed in the United States on June 11, 2020
Verified Purchase
First issue, there was no need to throw in an opinion about our current President of the United States. This was a disappointment to me.
Second, one of the characters (Petey) was not explained. Did he die of suicide? Why was he still in the book as a friend to John? I don't like loose ends like this.
Third, I read the 8 book series and somewhere between book 7 and 8, Nick's wife was murdered! ???
Read more
46 people found this helpful
Helpful
Comment Report abuse

Mrs. SuzieB
5.0 out of 5 stars The BEST writer
Reviewed in the United States on September 23, 2019
Verified Purchase
Clean writer - and if there is anything I hate when reading and enjoying really well written book is running across OMG or the use of God’s name unless it’s in a prayer to Him. Cheryl Bradshaw is such a great writer, she has no need to use any such words. I love her books.
Read more
28 people found this helpful
Helpful
Comment Report abuse

Warren A. LewisTop Contributor: Historical Fiction Books
5.0 out of 5 stars Mystery Down Under
Reviewed in the United States on July 27, 2020
Verified Purchase
Sloane Monroe finds herself talked out of spending some blissful time with her new husband as she goes from African honeymoon to Australia to tackle a case for a friend she recently met during an unsuccessful wedding (not hers, hers was good). An Australian senator has his hands full as his sister is murdered and he takes over the raising of his sister's teenage down syndrome daughter. The daughter not only has seen the death of her mother, but may have seen the person who murdered her mother's boyfriend that night. Once Sloane is on the case, the next door neighbor where Ashley raced to on the night of her mother's death is found murdered too. There is a lot to research as an attempted murder occurs on the senator and Sloane learns she is next on the murderer's list. Expect a good story you just cannot put down.
Read more
8 people found this helpful
Helpful
Comment Report abuse

Linda Peters
5.0 out of 5 stars I loved this book!
Reviewed in the United States on August 30, 2019
Verified Purchase
I loved this book. It held me from page one to the end. The only problem I had was when I was forced to put it down two times to take care of something else. Sloane Monroe is a well-written character who has grown through this series of books. She loves her job and sometimes has difficulty balancing work with her personal life because she is so driven to help solve disappearances and deaths. Very well done.
Read more
12 people found this helpful
Helpful
Comment Report abuse

laurabella28
2.0 out of 5 stars Not like her other books.
Reviewed in the United States on September 9, 2019
Verified Purchase
Very disappointed. I really liked the other Sloane books. Boring. Jetting off to Australia just back from her honeymoon. Very odd.
no excitement.
Read more
11 people found this helpful
Helpful
Comment Report abuse

Chris K
3.0 out of 5 stars Disappointing ending ...
Reviewed in the United States on October 1, 2020
Verified Purchase
SPOILER ALERT ... tho I enjoyed the book, the author left the reader hanging at the end. Specifically, John, the killer, spoke to his housemate, Petey, and referred to him several times throughout the book. Yet, after John is killed, nothing is said about what happened to Petey. Was he a figment of John's imagination? If so, why did Thomas say he overheard John speaking to someone?? Did John have multiple personalities?? Author should have tied up all the loose ends.
Read more
3 people found this helpful
Helpful
Comment Report abuse

Shirley
5.0 out of 5 stars Smoke and Mirrors
Reviewed in the United States on August 29, 2019
Verified Purchase
This was Awesome! Read it cover to cover in one sitting. Such danger, but courage and sensitivity of the characters of this book were handled quite well. Sloane gets in deep down under in Australia. You just have to read this..., all of them were great!
Read more
7 people found this helpful
Helpful
Comment Report abuse

D. Chatley
5.0 out of 5 stars A killer with morals?
Reviewed in the United States on January 19, 2020
Verified Purchase
Cheryl Bradshaws delivers yet again with this book 8 of the Sloane mystery thrillers. This time she’s in Australia tracking a killer with morals apparently, albeit twisted morals. Sloane begins to peel back the onion of the many layers of half truths to get at the truth so she can find the killer before he finds her. While everyone seems to be more concerned with protecting the past, than revealing the truth. This one is sure to keep you up wanting to finish it. I was hooked from the beginning. I’m just glad I read it on a snow day so I could get it finished quickly.
Read more
4 people found this helpful
Helpful
Comment Report abuse
See all reviews

Robert Crouch
5.0 out of 5 stars Another pulsating read
Reviewed in the United Kingdom on October 11, 2020
Verified Purchase
In her eighth adventure private eye Sloane Monroe finds herself in Australia, working for a senator whose sister has been murdered, as has her partner. She’s left behind a daughter with Downs Syndrome, who the senator is determined to protect.

The killer, however, has his own agenda. He doesn’t like to be misrepresented and takes action to punish anyone who lies or speculates wrongly about what he did.

It’s all set for another pulsating case where Sloane disregards her own safety to track down and apprehend the killer.

As this is one my favourite private eye series, I wondered whether moving the story to Australia would make any difference. Not at all. Sloane’s her usual tenacious self, risking life and limb, putting herself in danger and disregarding those who try to get in her way. It means this is another pulsating, edge of seat investigation, filled with suspense, danger and a few more insights into her troubled past.

While you could read this as a standalone, like any series, you’ll miss much of the character development and some great investigations along the way.

Lynda Kelly
5.0 out of 5 stars Another Gem Of A Story
Reviewed in the United Kingdom on April 27, 2020
Verified Purchase
Another gem of a story in this series. And Sloane got married, although it was glossed over so quickly you might blink and miss it ! What a pity. We've spent a great deal of time with her if, like me, you've read all the books till now, so it would've been nice if we got to enjoy her nuptials a little more than we did !! And everyone loves a wedding, let's face it......I did have myself a little cry when she told us how Boo participated.
She did do that "thing" she's done before where she adds 'hmmm' to the end of a sentence. It's highly irritating, though in this story it was only the once, thankfully. We heard a description of a bloke that was the kindest person one minute and would then explode over something insignificant....Sloane's observation ? He sounded perfectly bipolar !!! I've heard some guff before, but come on, Sloane ! He's just got a short temper ! We also never got to know how old both Grace and Tommy were.....so when Tommy had a conversation with Sloane it seemed way too grown-up to me, but then it may not have been, depending on how old he was. She also referred to one character as a boy and I had thought he was an adult and we come to learn later that he was 34 !! So she didn't help with confusing matters.
There were a couple of dodgy mistakes, spelling idle as idol (!!) and flair as flare and this line speaks for itself, "James and Noel were talking on the back patio, talking."
I like how the smoke and mirrors of the titles DOES actually feature in the book. That's a rare thing these days. So many times I finish a book and look at the cover and title and wonder what the hell either thing had to do with what I'd just read !
This was a really intriguing story and I flew through it so I hope we have a new Sloane story soon !
Read more
Report abuse

bonjovi
5.0 out of 5 stars Even more scars for Sloane.
Reviewed in the United Kingdom on August 31, 2019
Verified Purchase
After returning from honeymoon, Sloane find several text messages from Senator Ashby (Australia) desperate for help. Soon after Sloane is flying over to investigate the murder of his sister and her man friend. Plenty of twists and turns plus more attacks leave you guessing the motives behind it.
Read more
Report abuse

Maryhenllys
4.0 out of 5 stars A 'meaty' detective novel
Reviewed in the United Kingdom on October 19, 2020
Verified Purchase
Rounded characters whose motivations good or bad came through the page. Excellent plot with the deaths around one family. It's personal she's chasing the killer & the killers chasing her. Find out which lives to tell the tale. Shakespeare would be proud.
Read more
Report abuse

Kindle Customer
5.0 out of 5 stars A gripping pacey read.
Reviewed in the United Kingdom on October 4, 2020
Verified Purchase
The story unfolds into a gripping pacey read. The characters are believable with a tenacious PI and a good supporting cast. The Shakespeare quotes add character to the story.
Read more
Report abuse
See all reviews