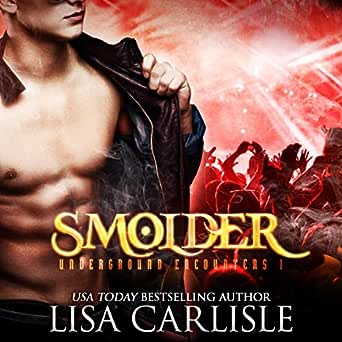 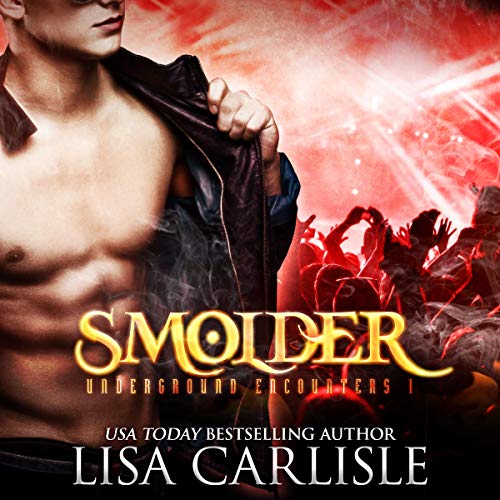 List Price: $14.95
You Save: $1.87 (12%)
By completing your purchase, you agree to Audible’s Conditions Of Use
Sold and delivered by Audible, an Amazon company

4.3 out of 5 stars
4.3 out of 5
93 global ratings
How are ratings calculated?
To calculate the overall star rating and percentage breakdown by star, we don’t use a simple average. Instead, our system considers things like how recent a review is and if the reviewer bought the item on Amazon. It also analyzes reviews to verify trustworthiness.
Top reviews

AMANDA M COLLIER
2.0 out of 5 stars Disappointed
Reviewed in the United States on October 8, 2017
Verified Purchase
I was looking forward to reading this story and the description of it was what I usually enjoy reading but this story felt very rushed. Some major questions were left unanswered and I realize this is the first in a series but the next book focuses on another couple.
I was hoping to get some answers about the first couple, I just don’t feel motivated to read the next book.

Why
3.0 out of 5 stars I’m not impressed.... not at all....
Reviewed in the United States on June 14, 2018
Verified Purchase
At first I thought I could get into it,Nike and Michel (Mee shell),
( love that name for a character especially French ) and I was thinking aaaaaaaaaaaa yeah! When they started to flirt ( though I’m more into thoughtful tough alpha types with a gentle side) and hearing how insecure Michel was when Nike goes off to see Maya to seemingly to get encouragement to o off with Michel and to also maybe to look for a way out....
Honestly both character seemed kinda odd,one minute our supposed tough firefighter Nike is ready to literally rip two guys a new one on the dance when they start act clingy and a bit controlling and the next she’s almost a panicked timid schoolgirl wanting to run from a guy she’s been crushing on for months who just also happens to be French ,( an accent she loves soo much supposedly hearing any French speak gets her all hot and bothered)... and for a little while I was able to get into it but things ended up just moving too far too fast ...
I was with them up in his office kissing ,then all heck ( not the word I’d choose) breaks loose when a former friend now enemy foe 200 years attacks and Michel is down fighting them while Nike uses her “skills” with Maya to get everyone out of the fire ..
Possible spoilers
Sadly any substance I thought this book had is quickly lost,when Michel can’t best one fellow vamp. and his crazed sidekick at over 200 years of being a Vamp.and quickly flees with Nike ...
Nike who’s been mutually drooling over him for months p,who goes touch chick to shy girl ,to trusting a man who’s really a vampire in less than a few hours...
And then in less than a full day together ,has sex w/said Vamp.,helps him kill h enemy,take his blood and rides off into the “sunset” w/a man she barely knows but suddenly loves and doesn’t even tell supposed best friend hardly anything ...
In a nice neat but completely shallow HFN....
Which ends at only 68% of the book ....
Considering empty and shallow this felt ending at 68% just almost felt right ....
The next story starts with a hurting and confused Maya going back to her favorite club ,to hang like us completely clueless as to why her former bestie and her guy sold out and left everyone and everything behind..
I mean,the threat WAS gone...
But that’s the thing ,this story is short ( only 7 chapters ) and shallow with no story building ,world building ,character etc.,very much a shallow wham! bam! Thank you kinda thing ,which even this short can be good if done right but this?
To sum up, short, shallow and unsatisfying and incomplete,that leaves more questions than answers and doesn’t leave you caring about the answers....
Had this for a while ,off to delete ...

Sharon Chalk
5.0 out of 5 stars Smolder huh this is more like on FIRE!!
Reviewed in the United States on September 9, 2017
Verified Purchase
I loved that this author has started a new paranormal series that has vampires in it.She is excellent when it comes to writing about vampires and each story is always different than the one before,so you never feel like you are reading a repeat of something she wrote before.I was so sure her next book was going to be a continuation of her gargoyle and vampire romance when they saved the city from demons,but no she wrote something totally different and its not just the title thats hot!! This book is perfectly titled because the romance in this book does smolder after it catches fire.If you have never read anything by this author before,I guarantee that after you read this one you are going to want to go to her amazon page and get all her books,they are just that good.And though this is supposed to be just a review of smolder,once you read it and fall in love and you will then you should treat yourself and buy her series about the gargoyles who are rock stars,that can hold you over till the next book in this series comes out!!!!
Read more
2 people found this helpful
Helpful
Report abuse

Sue Kay Davis
5.0 out of 5 stars Vampires, Gargoyles, and Secrets Over 18 Reading
Reviewed in the United States on May 3, 2019
Verified Purchase
Firefighter women go to a goth nightclub when one draws the attention of a guy who also works at the gym she goes to. Little does she know he has been watching her for as long as she has him.But this night he ask if she would like to go upstairs so they could be in private,which her friend encouraged her to do. Her world will be turned upside down after just a couple of kisses as two guys come though destroying the club with fire.While the guys fight out back the two female firefighters try to save the crowded club guess. Vampires chasing vampires and humans, gargoyles protecting vampires, humans knowing nothing till it's to late then having to face what is really going on in their world. Yet love finds a way to bring those together that should be together.
Read more
Helpful
Report abuse

CK Johnson
5.0 out of 5 stars Michel and Nike are on the run but running is not a real option
Reviewed in the United States on June 20, 2018
Verified Purchase
Smolder-Michel is a vampire and he has a desire to be with a young woman that works out at his rock climbing gym and dances at his club Vamps. Nike is a firefighter and she and her friend Maya like to party when they get time off work. This night is the night that she will finally get her wish because Michel actually speaks to her at the club and wants to spend time with her she explained to her friend that she wanted to spend time with Michel but was not sure Maya told her to go for it she goes to Michel's office and they talk and kiss and just when you think the inevitable will happen a blast occurs and throws Nike for a loop but she pushes forward. Things happen that she never expected and changes her life forever but Michel is there for her. Great storyline as well as great characters. . I purchased this book and provided an honest review with out obligation.
Read more
Helpful
Report abuse

VaWineLover
4.0 out of 5 stars There's only one nightclub like this one
Reviewed in the United States on January 2, 2020
Verified Purchase
Nike and her best friend go out for a Halloween night of dancing at a club that caters to those who don't quite fit in with everyone else. When Nike sees the man she has been crushing on and he actually talks to her, she is in heaven. Unfortunately, the man has enemies, really really old enemies who have been looking for him. An explosion, a fire, a fight between ancient beings - and Nike is caught in the middle.
Read more
Helpful
Report abuse

sher giambra
5.0 out of 5 stars A smoldering new series
Reviewed in the United States on October 17, 2017
Verified Purchase
Nike is a fire fighter...Out for a girls night with her good friend Maya..They go to a club called Vamps..An underground goth club..Where they can let loose, dance and have fun.
Michel is the owner..He also owns the gym called Rockhard Climbing..Where Nike goes to exercise.
They have watched each other from afar for a while...
And when they meet....flames erupt..In more ways then one..
Can they make a vampire-human relationship work when someone from Michel's past interrupts things?
Great new start to this series..hopefully many more to come
Read more
One person found this helpful
Helpful
Report abuse
See all reviews

Mandy Parmenter
3.0 out of 5 stars Charming PNR novella that introduces the series well
Reviewed in the United Kingdom on September 4, 2018
Verified Purchase
Nike is a firefighter and goes to the goth club Vamps to have a night of excitement after some hard days at work. However when there she spots the guy she lusts after at the rock climbing gym. Michel has a dark side and is connected to a world she never knew existed. When things go south at the club Nike's life is threatened and she has to decide whether to go with Michel and be safe. However it is is not easy to find a solution that stops her being burnt or even sucked dry by a vampire. Can she survive the club that attracts supernatural creatures?

This is a fun novella where Nike and Michel share their worlds together as they battled for survival. The writing was good although being a novella everything moved quite quickly which gave it a rushed feeling at times. As an introduction it was good to set off the series and so the next one will hopefully contain as much excitement and action as this one. A fun light paranormal romance.
Read more
Report abuse

carrie
5.0 out of 5 stars Enticing
Reviewed in the United Kingdom on September 2, 2019
Verified Purchase
This is a new series for me by Lisa Carlisle and this prequel is definitely enticing.
I did enjoy the characters, Nike and Michel and the spark that was ignited the instant they came into contact with each other.
The storyline was fun and page turning with a little fear that had me on the edge of my seat.
I look forward to reading more of Ms Carlisle's work
Read more
Report abuse

Kindle Customer
5.0 out of 5 stars Brilliant
Reviewed in the United Kingdom on July 1, 2018
Verified Purchase
Wow what a fantastic read, totally love this couple there's plenty of action and excitement to keep you hooked till the end of the book, brilliant storyline and fantastic world building really couldn't put it down once I started
Read more
Report abuse

Rosie
5.0 out of 5 stars Good PN book
Reviewed in the United Kingdom on May 3, 2019
Verified Purchase
I enjoyed this one, and will add some more to my reading list.
Read more
Report abuse