Smugglers Crew: a space opera adventure and millions of other books are available for Amazon Kindle. Learn more
Share <Embed> 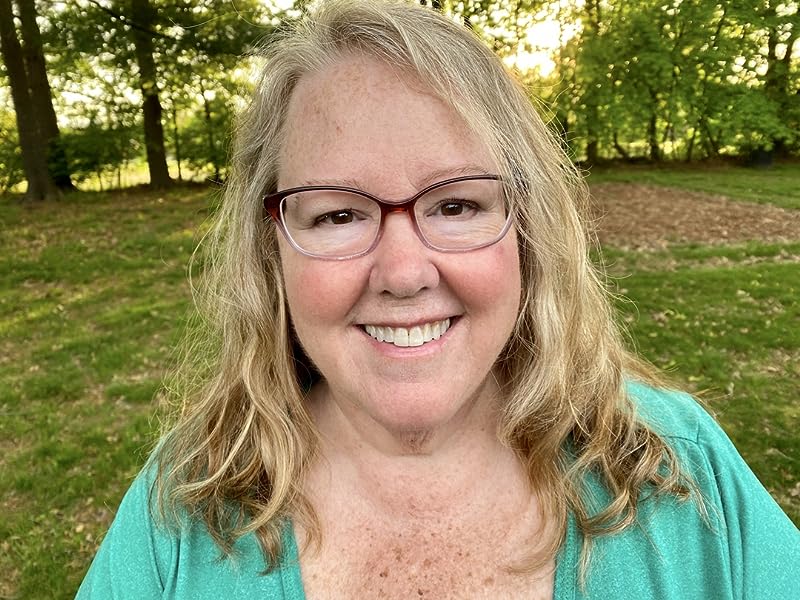 by Patrice Fitzgerald (Author), Jack Lyster (Author)
5.0 out of 5 stars 1 rating
Book 2 of 2: Starship Nameless
See all formats and editions
Sorry, there was a problem loading this page. Try again.

Start reading Smugglers Crew on your Kindle in under a minute.

Chris Fried @ The Indie Athenaeum
5.0 out of 5 stars Out of money & luck, Wu takes a job that changes everything in this suspenseful & gripping novel!
Reviewed in the United States on May 11, 2021
On the run from the Commonwealth, Captain Wu and her crew are trying to lay low and stay off the radar. Trying to find some paying jobs and replenish their funds, they’re forced to make some difficult decisions. When they’re offered a job from someone Captain Wu considers untrustworthy, they’re forced to take it. However, this supposedly simple job turns out to be much more complicated and difficult than she originally thought.

What they discovered turns out to be an indicator of something so much bigger than her. The repercussions of her discovery will reverberate across the galaxy! Having caused a huge commotion with their actions, she is now chased by assassins. And her employer will do anything to get the knowledge she now possesses.

Bloodied and beaten from multiple fights where she barely made it out alive, Captain Wu is fed up. She wants answers and she doesn’t care what she must do to get them. However, what she finds will come with a steep cost to herself and her crew. Will she be able to escape this predicament with her life intact? Or will someone have to pay the ultimate price?

The plot moves very quickly as Wu and her compatriots use their prodigious abilities to keep the starship Nameless functioning while traveling from port to port. But trouble continues to chase them in the form of the Commonwealth. There’s also someone else chasing them, one they don’t know much about. Just what the Nameless crew needs: MORE enemies!

And they’re dangerous enemies who have no qualms about killing her or her crew. There’s also a pair of sibling assassins, the Gradys, who are artificially grown humanoids with programmable brains and lethal skill sets. Who sent them and what are they after?

This overall mystery is what sustains the intrigue of this novel and keeps the pages turning. Plot threads from the first book in the trilogy, especially about the strange book Wu found, are carried forward and built upon. The ultimate revelation connecting all of this is a huge jaw-dropper and was completely unexpected.

The world-building continues to develop as we learn more about other planets in the galaxy. Most notably, the expansion of the plot and the crew’s eerie visit to an old and abandoned facility in the Ceres system. This kickstarts the whole adventure throughout this novel and propels it swiftly all the way through the finale.

All of this is terrific material for a grand space opera adventure, but it doesn’t mean a thing unless you care about the characters. Once again, Captain Wu leads her fearless crew into places no one else would dare to tread. Desperate and on the run, their inventiveness, camaraderie, and cunning help them through even the most difficult of situations. Mostly.

Wu is inspiring, even if she’s improvising plans and making it all up as she goes. But she continues to be a scrappy fighter. With her fists or with a gun, she exhibits a level of shrewdness and can-do attitude that gets her out of more situations than she thought she could handle.

I continue to enjoy her witty interactions with her crew, Rev, Gillum, and Six. They also get some time to interact with each other and reflect on their lives outside of this situation. Their loyalty to Wu is thoughtfully examined as well. It’s a good thing that their knowledge and skills have a specific complementarity to each other. Together, they’re a formidable force to be reckoned with, in both intelligence and innovation.

The humor that comes out of their ongoing dilemma is pure comic gold. Their witticisms, sarcasm, and friendship really shine, even more than before, especially under pressure from the precarious situations they find themselves in.

Wu’s friends, former relationships, and acquaintances also receive additional depth and characterization. Roderick Tell, Wu’s former boyfriend, and current business associate gets explored in a satisfying way that also throws an enlightening spotlight on Wu’s past. And the Grady siblings are chilling and terrifying adversaries that are more than a match for Wu and her crew.

I missed Lilly’s interactions with her grandmother from the first novel, as they shed a light on Wu’s humanity and family history. Lilly is not as prominent here as she was in the first novel, but her presence is still felt. Thankfully, she takes on a larger role by the end of the novel, just not in the way I might have expected.

Mix all this with an engrossing plot as well as riveting and suspenseful set pieces. Throw in the fact that these characters are put in danger and you don’t know who might live and who might die. I was so invested in these people that if something dire happened to anyone, I keenly felt it in my gut whenever someone got hurt. Collectively, this story just made me go “WOW” as I rapidly read it. This is especially true of the book's final third, which was devastating and powerful, even more so than the scenes that led into it.

Inventive action pieces, harrowing life or death struggles, machinations by mysterious forces throughout the galaxy, characters you care about, and a revelation that blows the plot of this trilogy wide open, this novel has it all. Everything that transpired in the first two novels of this trilogy promise to make the third novel an amazing slam-bang adventure filled with thrills aplenty.

Please note I received an advance copy of this ebook.

Read more
One person found this helpful
Helpful
Report abuse
See all reviews
Back to top
Get to Know Us
Make Money with Us
Amazon Payment Products
Let Us Help You
EnglishChoose a language for shopping. United StatesChoose a country/region for shopping.
© 1996-2021, Amazon.com, Inc. or its affiliates