You've subscribed to Princes of Prophecy! We will preorder your items within 24 hours of when they become available. When new books are released, we'll charge your default payment method for the lowest price available during the pre-order period.
Update your device or payment method, cancel individual pre-orders or your subscription at
Your Memberships & Subscriptions
There was an error. We were unable to process your subscription due to an error. Please refresh and try again. 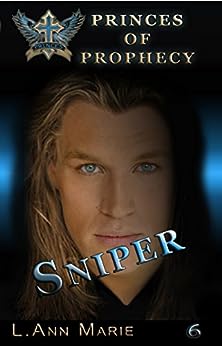 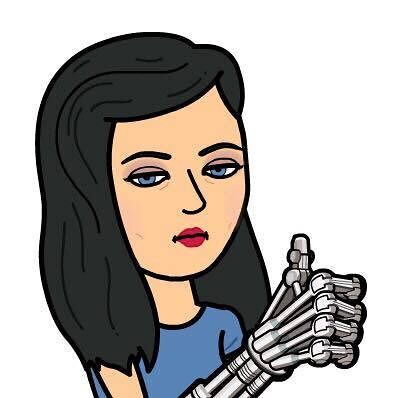 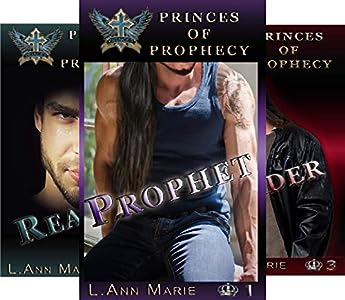 4.8 out of 5 stars
4.8 out of 5
74 global ratings
How are ratings calculated?
To calculate the overall star rating and percentage breakdown by star, we don’t use a simple average. Instead, our system considers things like how recent a review is and if the reviewer bought the item on Amazon. It also analyzes reviews to verify trustworthiness.
Top reviews

Nannette
5.0 out of 5 stars Taylor and Beth and there fight against PTSD.
Reviewed in the United States on November 26, 2016
Verified Purchase
Taylor Blackhawk a retired Navy Seal has been out of the service for 2 years. In those 2 years he has suffered with PTSD, but what brought it on was seeing his brothers almost killed. During this time he meets Beth a nurse at the hospital that takes care of his brother and nephew. When the PTSD is riding him hard, he pushes Beth away for her own safety. The struggle between what is real and memories is tearing him apart. With the help of the Princes MC brothers and his own family to Beth, Taylor is able to work through his PTSD, and have a somewhat normal life, though with his family and brothers what is exactly normal?

I have been waiting for Taylor's book since Book 1 when he came home. Actually since Cloud and CJ's book, to tell the truth. L. Ann Marie once again did not disappoint. Though this was slightly different then her previous books (no war when Taylor and Beth got together), it showed an inner war in Taylor battling with something that all our military battle with PTSD. Growing up with family in the military, I have nothing but a deep respect for what our soldiers and families have to go through and this book really brought that out.

I couldn't put the book down and in fact finished it in about 5 hours. It was really thought out and flowed really well. The plot was strong and enjoyable. Don't worry Danny and Steve do still bring the crazy, though Jessie is starting to get there as well.

I would highly recommend this story. There is no cliffhanger and though standalone, I recommend reading the series from the beginning.
Read more
6 people found this helpful
Helpful
Report abuse

Little Spice
VINE VOICE
4.0 out of 5 stars 4 Never Let You Go Stars
Reviewed in the United States on December 1, 2016
Verified Purchase
Sniper is not only the story of Taylor and Beth falling in love, it’s also a story about the love of a family who refuse to let go of one of their own and are determined to help him fight any battle, even if he’s fighting himself. I’ve been waiting for Taylor’s story for a long time. From the first time he appeared in Cloud’s book he tugged at my heart strings. He went from being an adolescent boy no one wanted to a beloved son and brother that many looked up to. After honorably serving his country as a Navy Seal, he came home with lots of medals but also with PTSD after a heartbreaking incident during a battle.

Every time a brother finds a woman the MC finds themselves at war. Although there was lots of action in Sniper with the obligatory gunfights and kidnappings, the actual war fought was Taylor and his family fighting against his PTSD. With Beth, he had the added worry of possibly harming her during a flashback.

I loved Taylor. He was everything I adore in a book boyfriend. Alpha to his core, but a wounded warrior and unbelievably strong. He was loyal and heart meltingly loving towards his family, especially Mucimi, Brantley’s toddler son. Beth was the perfect heroine for Taylor. She had an open mind and was completely patient and understanding with everything he and his crazy family threw at her.

I can’t tell you how much I appreciate that Sniper didn’t make light of PTSD by making it seemingly miraculously easy for Taylor to overcome. Even with all the freaky healing abilities of his brothers and cousins, there was no simple fix for him. He had to make the decision to take the steps to learn how to deal with his triggers so he could lead a long, normal life. The importance of family and friends to the healing process was showcased as was the fact that so many of our military do not receive the assistance they deserve.

Although Taylor’s journey to overcome his PTSD is the main theme of the book, there is lots of action including gunfights and kidnapping attempts to keep things interesting. The antics of both the MC and Princes family kept me smiling, and Taylor and Beth had plenty of sexy times to keep the heat level where I like it – up high. There were some editing issues, but I expect these with L. Ann Marie’s books. Regardless of the editing problems, I read Sniper all the way through in one sitting.
Read more
6 people found this helpful
Helpful
Report abuse

echo.clayton_41366
5.0 out of 5 stars When an author has as much courage as her hero - you know its going to be an amazing ride.
Reviewed in the United States on November 27, 2016
Verified Purchase
It takes a lot of courage to tackle the topic of PTSD and how our nation handles it but L. Ann Marie does this beautifully. There are some truly horrifying moments in this book - not because of violence but because it gives you a glimpse into what it's like to live with Post Traumatic Stress Disorder and the constant struggle our veterans face every single day.

I've read this entire series, so I've been given the chance to watch the main character Taylor grow and evolve. And to see him suffer broke my heart. But L. Ann managed to show a way for him to heal and survive beautifully. You get to see his relationship with his family, friends, and his girl mature and you get to see how a little support, love and understanding can help the broken become whole again.

This is a wonderfully written book and will be on my must reread list for a long time to come.
Read more
8 people found this helpful
Helpful
Report abuse

AnnieK69
5.0 out of 5 stars Loved it
Reviewed in the United States on November 27, 2016
Verified Purchase
Loved Taylor and Beth's story. Taylor has been living with PTSD. He is seeking help, but is still struggling. Meeting Beth makes him want to try harder. Beth brings him sunshine. They have some bumps, but she is a nurse, she gets it, and activity looks for ways to help Taylor. His brothers and MC Baxter family are all in for him too.

There is trouble with the PD. Cleaning house seems to be a never ending process. Danny and Steve lend support. I love when they are around!

I fun, fast paced, and steamy story.. I loved how Taylor's type of PTSD was addressed. Though his his story is fictional, it is still inspiring and gives hope. Having grown up with an Uncle who lived with it, when it was still termed shell shock or battle fatigue, it's a subject I am very familiar with and sensitive to. He has passed on, years of smoking and drinking, his coping strategy's, took their toll. We have come a long way in recognizing and treating, but still have a long way to go. I hope his story inspires greater understanding and compassion for those who live with PTSD and other mental health issues.
Read more
2 people found this helpful
Helpful
Report abuse
See all reviews

K. Browne
5.0 out of 5 stars Great series of books loved both series
Reviewed in the United Kingdom on December 19, 2016
Verified Purchase
I just read the 1st book in the MC series and then much later read it again then I ended up reading the full series of both sets of books Yes sex comes into the stories but these are couples and trio's who all love each other and in any relationship sex plays a big part in your life but the books are not about sex they really are about love not just between man and woman but for all human to human caring and looking out for each other protecting the vulnerable yes I cannot see the US nor UK or any country having groups of people policing them without elections etc but it is Fiction it is just a story and I must say I enjoyed each story but it's only Fiction sadly not Real life
Read more
One person found this helpful
Report abuse

Jen
5.0 out of 5 stars A great story covering a tough subject
Reviewed in the United Kingdom on January 17, 2017
Verified Purchase
A great story covering a tough subject. If you have not read the MC Series by this author I highly recommend them. Sniper is a story in the Princes series which is a spin off from the original series, about the kids all grown up and dealing with some tough issues but with great humour through out. Read the series if you haven't already, you won't regret it.
Read more
One person found this helpful
Report abuse

Kindle Customer
5.0 out of 5 stars Captivating
Reviewed in the United Kingdom on December 3, 2016
Verified Purchase
Loved the Blackhawks and now it's Taylor Swift story. Really well written and as always the brothers have your back . Just gets better.
Read more
One person found this helpful
Report abuse

Tracey Levesley
5.0 out of 5 stars Really good
Reviewed in the United Kingdom on November 29, 2016
Verified Purchase
Another good book from this author. I love this series, every book is as good as the one before it.
Read more
One person found this helpful
Report abuse
See all reviews