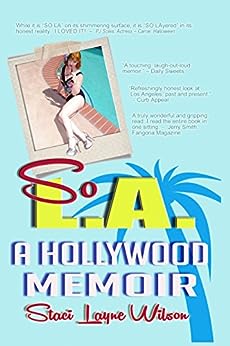 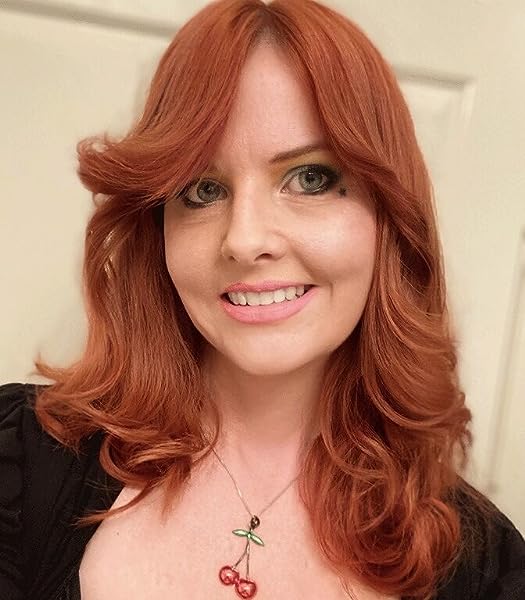 So L.A. - A Hollywood Memoir: by the Daughter of a Rock Star & a Pinup Model Kindle Edition

Tags that will help you discover similar books. 15 tags
kindle unlimited eligiblearts & photographyheavy metalactors & entertainersrockmusicwomenjournalistsbiographies & memoirsleaders & notable peoplerich & famousprofessionals & academicscomposers & musiciansarts & literaturemusical genres
Results for:
Page 1 of 1Start overPage 1 of 1
Previous page
Next page
Where do clickable book tags come from?
Book tags are created from a variety of sources, some of which are customer-generated. Amazon is not legally responsible for the accuracy of the tags represented. If you are an author or publisher and would like to remove a tag associated with your title, please contact your vendor manager or publisher support team.
Amazon Business: Make the most of your Amazon Business account with exclusive tools and savings. Login now

Delve into Staci's career as an entertainment journalist specializing in horror and science fiction...

Get the inside scoop on her interviews with...

3.8 out of 5 stars
3.8 out of 5
75 global ratings
How are ratings calculated?
To calculate the overall star rating and percentage breakdown by star, we don’t use a simple average. Instead, our system considers things like how recent a review is and if the reviewer bought the item on Amazon. It also analyzes reviews to verify trustworthiness.

Richard Checkman
5.0 out of 5 stars I thoroughly Enjoyed This Book
Reviewed in the United States on October 16, 2019
Verified Purchase
You never know what you’ll find before you look for it. But when searching for books about Los Angeles history here on Amazon... I found this one. While this is most definitely not a book about the history of Los Angeles... It’s a book where L.A. plays (itself) a part in the story. And as it turns out learning about the history of Los Angeles also includes the memories of the people who’ve called L.A. home (including me).
Staci Layne Wilson made me feel like she was recounting her stories about her famous father & mother, Los Angeles, herself, etc to me. I enjoyed the style of her writing. I’m three years older than her... The L.A. she described was one I was very familiar with. I loved the stories about her father, Don Wilson of The Ventures (who I’ve been a fan of since I was a kid), her mother, Nancy Bacon who was a model then became a writer... Bacon was also part of the “Hollywood” scene in the late 50s & 60s. The next book I will read is Nancy Bacon’s, “Legends & Lipstick”. But back to Staci Wilson’s great book. Staci takes the reader on a trip through L.A. of the 60’s 70’s & 80s.. from the music scene to the movie business to her love for animals & Led Zeppelin. She’s a good story teller. She writes with humor and emotion. You can feel the moments she describes. I love feeling the humanity of a writer and Staci shows that she carries a lot of humanity. This is one of those personal books that makes you feel that you’re reading a bunch of letters sent by the author. Staci is also big into the world of horror movies, etc. Sadly I am not a horror fan. Hopefully she’ll write, produce, direct projects that aren’t horror related. Because I will absolutely love to see. Read, hear those projects. Congrats on a great book, Staci! Peace.
Read more
2 people found this helpful
Helpful
Report abuse

Keg
5.0 out of 5 stars So L.A. Rocks
Reviewed in the United States on February 11, 2019
Verified Purchase
Thoroughly enjoyed Stacy Payne Wilson's memories of growing up in L.A.
Being a San Francisco girl myself, i enjoyed her tales of the southern part of the state i didn't know. The stories of people she got to meet, either because of her famous father and semi famous mother or of her own initiative through jobs and her writing, are told with easy candour and lively wit. Every much enjoyed
Read more
2 people found this helpful
Helpful
Report abuse

Tina Tessina
5.0 out of 5 stars A page-turner that will shock, enthrall and fascinate you.
Reviewed in the United States on March 9, 2017
Verified Purchase
Wow! What a great read! This fascinating memoir/expose'/ history of Los Angeles and Hollywood, written by one of its denizens who grew up drenched in the lure and lore of rock and roll, Hollywood stardom and movie mania is a real page-turner. Staci, the daughter of a rock legend and a pinup girl who matured into a writer, gives us an amazing read backstage and behind the scenes of her own life and the wild side of the entertainment industry. The memoir aspect of this multi-level book is moving. The celebrity gossip is eye-opening, and the history is a love letter to Los Angeles and Hollywood. No one could write this but Staci. It's written from her unique perspective growing up behind the scenes in the music and entertainment industries. I loved every page.
Read more
12 people found this helpful
Helpful
Report abuse

John
5.0 out of 5 stars Five Stars
Reviewed in the United States on September 30, 2017
Verified Purchase
Fabulous and fun to read. Loved all the insight in a special life.
Read more
3 people found this helpful
Helpful
Report abuse

happy shopper
5.0 out of 5 stars So L.A. - So Fun, So Real, So Fascinating!
Reviewed in the United States on April 17, 2017
Verified Purchase
Staci Layne Wilson's So L.A. takes you back in time and relives pop culture from the inside out. Her sense of humor is fun and engaging. Her life and career have led her to an unending list of interesting people from animals and authors to movies and music. Ms. Wilson's life to date has been utterly fascinating!
Read more
5 people found this helpful
Helpful
Report abuse

tsk
2.0 out of 5 stars Interesting
Reviewed in the United States on December 10, 2017
Verified Purchase
Up to a point. I enjoyed the read till near the end and just lost interest. Author bounced around quite a bit in beginning. Being from the neighborhood helped keep my interest but couldn't hold me to end of the book.
Read more
2 people found this helpful
Helpful
Report abuse
See all reviews

Customer
5.0 out of 5 stars Essential reading
Reviewed in the United Kingdom on April 19, 2017
Verified Purchase
So L.A. - A Hollywood Memoir: Uncensored Tales by the Daughter of a Rock Star & a Pinup Model

I am fortunate enough to have read all of Staci's books (being an equestrian and a movie lover I was naturally drawn to her work) and must admit I was wondering how she could top any of her previous work.

An amazing read, candid and moving. It is not very often I find myself returning to a book so soon after I have finished it, but with this amazing piece of art, I found myself re-reading chapters as I had enjoyed them so much before progressing to the next. Staci really is an inspiration to me, her style of prose is so beautifully written.

All I have to say is READ it. Well, obviously BUY it first then READ it, but you get what I mean.

But dear readers please beware, once you open the pages and begin to read her words, there is no coming up for air until you reach the end. And even then, you'll be drawn back for more...
Read more
Report abuse
See all reviews