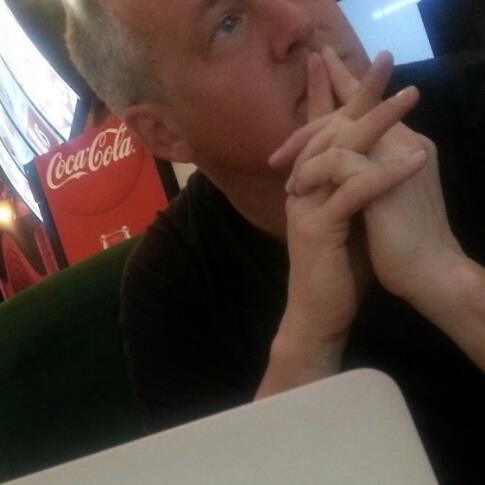 by Matt Krause (Author)
4.0 out of 5 stars 1 rating
See all formats and editions
Sorry, there was a problem loading this page. Try again.

Memories of best friends. Unexpected gifts from grandpas. Recurring nightmares starring college advisors. Eggs Benedict for the Lazy Man. They are all in this collection of essays long and short from Matt Krause.

The essays are: Andrei Kleist; The man at the fence; Learning to speak Big Kid; Twigs, rocks, dust; Truck stop; Drunk barber; Take a teacher to lunch; A parting gift from my grandpa; Muslims are the new niggers; Cold sweat; Go talk to your audience; I love running barefoot; Egg, cheese, toast; You don’t get to blame society; My cousin’s name is Jihad; More than just groceries; The first thing you should know; Looking, finding, ignoring; The ripples are why the cake tastes so good; You owe it to your country; Starbucks.

These essays are available scattered around Matt’s website. But if you want the wheat separated from the chaff, or if you want a nice analog package you can carry with you on the bus, this book is for you.

Matt started in 2006 helping clients tell better stories about their businesses, took a break to walk across Turkey in 2012-2013 and write a book about it, and then got back to business.

His writing career stretches back to a letter he wrote in the fourth grade to President Ronald Reagan detailing the horrors of nuclear war (which, by the way, he has personally never experienced). The US and the Soviet Union never came to nuclear blows, so that letter must have done some good.

After single-handedly saving the world from nuclear destruction, Matt taught English in China, imported kitchenware into the US, and screwed down payroll for a national apparel retailer. Along the way, Matt has never stopped writing. In addition to his books on Amazon, he has written for a variety of newspapers and magazines.

By the way, he has never forgotten his college-era dream of walking from Cork, Ireland, to Ho Chi Minh City, but he should probably get that done before he is 70 and needs hip replacement surgery.

lajanssen
4.0 out of 5 stars Short Story Collection with Wealth of Subjects
Reviewed in the United States 🇺🇸 on September 6, 2012
Verified Purchase
I am a HUGE fan of Matt Krause's A Tight Wide-Open Space, a book of short stories about his marriage and life in Turkey, so grabbed Soapbox to read more. While there was no connective theme for the non-fiction short stories included, there are some real gems. His portrayal of saying goodbye to his dying grandfather had tears running down my face. Matt has a gentle style and a real storytelling skill.
Read more
Helpful
Report abuse
See all reviews