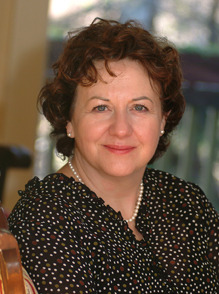 "This remarkable book shows the unexpected responses to the free-market, do-it-yourself ideology that has taken hold especially in the United States, but also elsewhere, in the past thirty years. Many groups and many individuals in many walks of life have pushed back with ingenuity to save the day against those who seek to impose neoliberalism on all of us, whatever its costs may be. Social Resilience in the Neoliberal Era tells us how to fight for a successful society, even in a brave new world."
George A. Akerlof, Nobel Laureate in Economics, 2001

"Social Resilience provides a powerful new theoretical and operational foundation for the analysis of neoliberalism and its implications for individuals, nations, and organizations. Hall and Lamont, together with the volume's distinguished contributing authors, seamlessly interconnect individual well-being with macro-level societal development, offering readers a wealth of fascinating findings. A must-read for social scientists in several disciplines, indeed for all those concerned to understand the contemporary era and its possibilities for human well-being - under often challenging conditions."
Robert M. Fishman, University of Notre Dame

"Social Resilience in the Neoliberal Era gives a comprehensive and original account of neoliberalism as an idea, together with its social effects and productive provocations for social scientists. The editors' introduction makes the key terms, issues, and stakes completely accessible, even for novice readers, leading the way to the contributors' analyses of diverse policy regimes and their challenges for individuals, communities, and societies. The "resilience" in the book's title reflects the other side of neoliberalism's consolidation of social security around market principles. The book neither assures nor laments; rather, it opens a conversation that invites an engaged continuation."
Carol Greenhouse, Princeton University

"In response to the gospel of markets, political and commercial elites have unleashed profound new forces of disruption into an already unsettled economic world. How well have societies adapted to these fundamental changes and with what consequences for health, happiness, social cohesion, and economic security and equality? Building on ten years of unique interdisciplinary collaboration, this volume offers a sweeping yet ordered vision of the transformation of advanced societies over the past generation. The perspectives are rich, diverse, and deeply informative."
Jacob S. Hacker, Stanley Resor Professor of Political Science, and Director, Institution for Social and Policy Studies, Yale University, Connecticut

"This is a creative, insightful, and scholarly book, articulating the impact of neoliberalism and the sources of social resilience in unusually wide-ranging terms. It is pioneering in two ways. First, it carefully captures how market-oriented values and policies transformed and structured our social lives as neoliberalism unfolded on the global stage. Second, it elegantly frames the concept of social resilience, our strategic capacity to respond to cultural, political, and economic challenges through the interplay of culture and institutions. The result is a major contribution on social resilience and cultural frameworks in action."
Catherine Panter-Brick, Yale University, Connecticut

"The problematic of Social Resilience in the Neo-Liberal Era is nothing less than understanding the effects of neoliberalism on individuals, groups, communities, policies, and societies to uncover the sources of resilience in difficult times. This is a risky enterprise. Social scientists are often willing to salute the noble flag of interdisciplinarity in faculty meetings, but they are rarely willing to move outside their disciplinary comfort zones actually to engage in it. The results, when they are as probing as those in this book, prove that the risk is worth taking. Readers are left with sharply motivating ideas and new projects about how fundamental social issues can be better understood and explored."
George Ross, University of Montreal

"Well cited and researched, each chapter explores the socially disruptive effects of neoliberal policies and unpredictable, grassroots-level responses to such policies in countries across the world. The book's interdisciplinary nature gives it a fresh perspective. A worthwhile read for students of international, social, and economic policy. Summing up: highly recommended."
R. Price, Choice

This book analyzes the effects of neoliberalism, a global phenomenon dominating social and political life for more than thirty years. It takes an unusually broad view of neoliberalism, seeing it not only as a set of economic and political initiatives but as a movement that brought new logics into the heart of many spheres of social life, affecting the family, housing, definitions of self-worth, and many fundamental aspects of social relations. To understand how individuals and communities have responded to the movement, the book introduces the concept of social resilience and explores the factors that allowed some groups to sustain their well-being in the face of neoliberal challenges, while others suffered losses in the face of these new logics.

Peter A. Hall is Krupp Foundation Professor of European Studies at Harvard University, where he has also served at various times as director of the Minda de Gunzburg Center for European Studies, director of Graduate Studies in Government, and Associate Dean of the Faculty of Arts and Sciences. He is co-director of the Successful Societies Program for the Canadian Institute for Advanced Research. He is an editor of Changing France: The Politics that Markets Make, Varieties of Capitalism: The Institutional Foundations of Comparative Advantage, The Political Power of Economic Ideas: Keynesianism across Nations, Developments in French Politics I and II and European Labor in the 1980s, and the author of Governing the Economy, which won the Woodrow Wilson Award for the best book in political science published in 1986. He has published more than eighty articles on European politics and public policy making and comparative political economy. He serves on the editorial boards of many scholarly journals and on advisory boards at Sciences Po, Paris; the Free University of Berlin; Sheffield University; and the University of Birmingham. He has been a Fellow at the Center for Advanced Study in the Behavioral Sciences at Stanford University and Chair of the ACLS-SSRC Committee on Western Europe, and served as President of the Comparative Politics Section of the American Political Science Association. He has won many awards for his writing and holds honorary degrees from Sciences Po and Aston University, Birmingham.

Michèle Lamont is a fellow of the Canadian Institute for Advanced Research and is co-director of its research program on Successful Societies. Past responsibilities include chair of the Council for European Studies (2005-9) and senior advisor on Faculty Development and Diversity, Faculty of the Arts and Sciences, Harvard (2008-10). Professor Lamont has published on the topics of inequality, culture, race, immigration, knowledge, theory, qualitative methods and comparative sociology. She taught at Princeton University for fifteen years before moving to Harvard in 2003. She is the author of more than 80 articles and a dozen books and edited volumes, including How Professors Think: Inside the Curious World of Academic Judgment, The Dignity of Working Men: Morality and the Boundaries of Race, Class, and Immigration (winner of the C. Wright Mills Award from the Society for the Study of Social Problems) and Money, Morals and Manners: The Culture of the French and the American Upper-Middle Class. Her research has been supported by the Canadian Institute for Advanced Research, the Center for Advanced Research in the Behavioral Sciences, the German Marshall Fund of the United States, the Institute for Advanced Studies, the John Simon Guggenheim Foundation, the National Science Foundation, the Lilly Endowment, the Radcliffe Institute for Advanced Studies, and the Russell Sage Foundation.
Read more