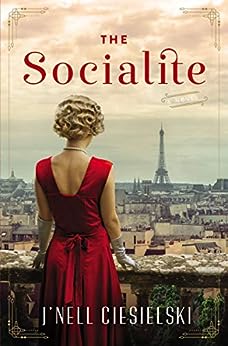 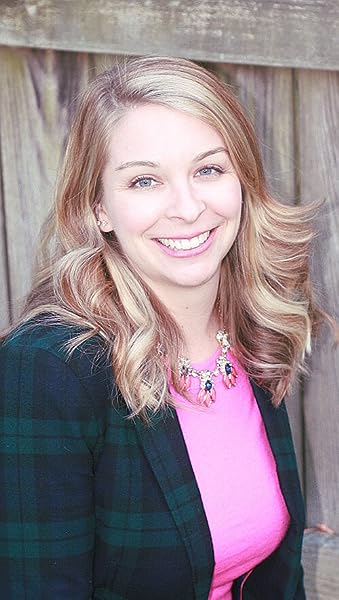 For as long as I can remember I’ve always had a book in my hand. When other girls went to the library to look at the Babysitter’s Club books, my mom found me sitting in the history aisle with a stack of Civil War books, and autobiographies of legends long gone. I loved being transported to other places and times, where men are chivalrous knights to the rescue and women wear big frilly dresses. I’ve always believed I was born in the wrong time period … but I digress.

With my natural curiosity of all things old-fashioned and love of happily ever afters, it was only natural I decided to pen a few of my own.

Born in Florida, I spent the many happy days of childhood running around our large backyard and splashing on the sugar white beaches known only to the Sunshine State. Just before high school, my dad got a job transfer to Texas and a whole new life began. I graduated from Texas A&M University with a B.S. in Psychology the summer of 2005.

Not knowing what else to do with my life, I joined the Air Force. Stationed in Germany I was able to travel to places I’d only dreamed of: France, Austria, Netherlands, England, and my favorite Scotland. I also met my awesome husband while over there. I consider him my consolation prize for the years being forced to wear camouflage and combat boots.

After serving our four years, we now live in Virginia where we’ve been blessed that I can stay home and write all day. Yay! When I’m not writing you can find me baking something with chocolate, making my little girl laugh, or giving belly rubs to our beagle Daisy.

4.2 out of 5 stars
4.2 out of 5
280 global ratings
How are ratings calculated?
To calculate the overall star rating and percentage breakdown by star, we don’t use a simple average. Instead, our system considers things like how recent a review is and if the reviewer bought the item on Amazon. It also analyzes reviews to verify trustworthiness.

Karen V.
5.0 out of 5 stars Very interesting read
Reviewed in the United States on May 17, 2020
Verified Purchase
I found out about this book from social media because I follow a lot of authors and fellow book bloggers. I have always been interested in World War II so I was looking forward to reading this book. I was especially intrigued by the fact that at one point in the book, the three main characters end up dining with Hitler himself. I was very impressed with how well the author wrote that part of the book. She did a great job of conveying how the main characters felt repulsed by being not only in Hitler’s house but even more by the man himself. This book was so well written that I had to remind myself that it was fictional. I would definitely read another novel by this author.
Read more
7 people found this helpful
Helpful
Report abuse

Cindy_Huff
5.0 out of 5 stars Grabbed me from page one
Reviewed in the United States on August 18, 2020
Verified Purchase
Wow! What a wonderful story. A Historical Romance set in Occupied France during WWII. This author always paints such vivid pictures in her novels. This is no exceptions. A few scenes seemed a bit unbelievable but that is the beauty of fiction, it can be. I love it so much. I enjoyed how the characters changed and matured during the story. Their happily-ever-after was hard-fought and the ending was so clever.
Read more
6 people found this helpful
Helpful
Report abuse

Twostepper
5.0 out of 5 stars Beautifully written!
Reviewed in the United States on June 2, 2020
Verified Purchase
J'nell Ciesielski's writing just keeps getting better and better! The Socialite is a richly detailed historical romance novel that clips along at just the right pace. With vivid descriptions of Nazi occupied France during WWII, the story has it all: well researched history, a captivating plot, and of course a dashing hero who meets his match in the "Socialite." Highly recommended!
Read more
6 people found this helpful
Helpful
Report abuse

keb70
2.0 out of 5 stars Started out good, but then....
Reviewed in the United States on September 22, 2020
Verified Purchase
I was really engaged by this book for quite a number of chapters in the beginning, but as it went on, the plot became less and less believable, and by the end it was completely maudlin. I could only skim the last third+ of the book, because the plot holes, the excessive "coincidences" that moved the story forward/saved the day, the inconsistent details, and the melodramatic soap opera of a love story finally became too much. The story had potential, but it never got off the ground because it was weighed down by poor execution.
Read more
3 people found this helpful
Helpful
Report abuse

Suzanne J. Sellner
5.0 out of 5 stars Suspense and Romance
Reviewed in the United States on November 24, 2020
Verified Purchase
The nerve wracking suspense of WWII in Nazi-occupied Paris is juxtaposed with the romance developing between Kat and Barrett. Kat has gone to Paris to convince her younger sister Ellie to return home to England. Barrett is training Resistance fighters under his bar in Paris by day and serving drinks to Nazi soldiers by night, but he's also working for Kat and Ellie's father, who charged him with protecting Kat and Ellie and returning his daughters safely home. However, Ellie is the mistress to a German officer, who has set her up in the life of luxury. The story is extremely exciting, but my opinion is that some of the scenes are hard to believe. I found the ending to be a fun twist.
Read more
One person found this helpful
Helpful
Report abuse

D. Lester
4.0 out of 5 stars Intoxicating Historical Romance
Reviewed in the United States on February 7, 2021
Verified Purchase
This was my first book by this author. I love historical novels and this book did not disappoint me. It was rich with history of Paris with the Nazi invasion, the horrors of the Nazi’s using people for their needs and then disposing of them.

I loved the characters and watching how they changed throughout the book. Of course, there are some characters that I did not like…they were not supposed to be likable. The romance was pretty romantic! More so than most Christian fiction books. But it still did not cross the line. Plenty of intense scene, horrors of war, verbal arguments. And romance! It was unpredictable throughout, so it keeps you on your toes.

This is published by a Christian publisher, but there really was not anything of substance with the Christian faith. It was a clean read, and I think anyone with a love of romance and history will love the book.
Read more
Helpful
Report abuse

Amazon Customer
5.0 out of 5 stars Love crosses barriers.
Reviewed in the United States on December 2, 2020
Verified Purchase
What an excellent book. Set in occupied France, paris specifically during WWII. Kate travels from England to bring her sister Ellie back home. Ellie is not eager and has found a Nazi man she thinks she loves. The ladies father hired a man Barrett to deliver them home. Through the dangers and trials of the occupation by the Germans, their lives are endangered. Kat and Barrett fall in love. Both are from different social worlds. Overcoming that has some difficulties.
What a difficult time in history. What a difference cultural boundaries make. This is a well written book and held my attention wanting to read it's outcome. Thanks much to the author for a splendid read.
Read more
Helpful
Report abuse

Q's mom.
3.0 out of 5 stars Entertaining but..
Reviewed in the United States on April 26, 2021
Verified Purchase
Slow to begin with. Shallow, gullible rich girls who get themselves in deep because they are naive. The pace picks up and just about the time it becomes interesting, something too contrived happens.
Read more
Helpful
Report abuse
See all reviews

AmberB
3.0 out of 5 stars WWII - okay but readable
Reviewed in Canada on January 29, 2021
Verified Purchase
This is not for people who enjoy a true WWII book, this if you like happy endings but overall readable.
Read more
Report abuse
See all reviews