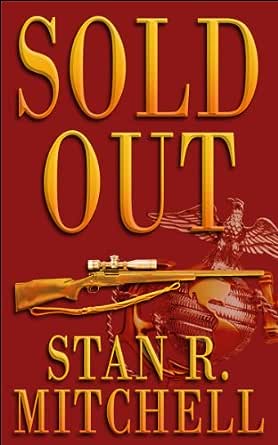 You've subscribed to Nick Woods! We will preorder your items within 24 hours of when they become available. When new books are released, we'll charge your default payment method for the lowest price available during the pre-order period.
Update your device or payment method, cancel individual pre-orders or your subscription at
Your Memberships & Subscriptions 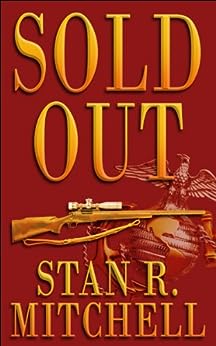 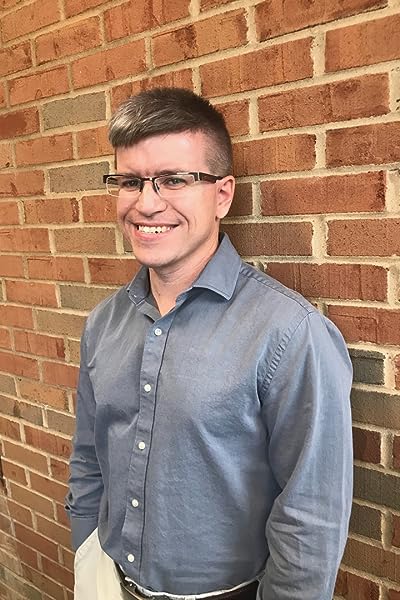 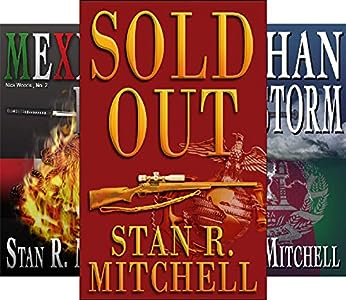 "With a go-for-broke pace fast enough to leave Lee Child choking on dustand enough gun-love to make Stephen Hunter fans pay attention, "SoldOut" is a swift, relentless, bullet-riddled helping of treachery,conspiracy, and scorched earth vengeance. ... Protagonist Nick Woods is pissed off, hellbent onvengeance, and woe to anyone in his way." -- Mark Allen, author of "The Assassin's Prayer"

Stan R. Mitchell is the author of 10 fast-paced books! He's sold more than 70,000 copies. If you're looking for an independent artist to support, look no further. You'll love his books.

4.3 out of 5 stars
4.3 out of 5
526 global ratings
How are ratings calculated?
To calculate the overall star rating and percentage breakdown by star, we don’t use a simple average. Instead, our system considers things like how recent a review is and if the reviewer bought the item on Amazon. It also analyzes reviews to verify trustworthiness.
Top reviews

JimFoxy
4.0 out of 5 stars Fast-Paced Adventure
Reviewed in the United States on November 12, 2020
Verified Purchase
Sold Out (Nick Woods Book 1) by Stan R Mitchell
A New York journalist and deadly marine sniper make an unlikely pair. But Allen Green and Bobby Ferguson (Nick Woods), after a few false starts, work well together. They had better work well together, because they are the targets of a super-secret black ops unit, with dozens of highly trained killers. Bobby aka Nick is a world class sniper, not just an excellent marksman, but with an uncanny sense of danger enabling him to evade and survive.
He survived Afghanistan, even though his own leaders sold him out. When the FBI kills his wife, he has to flee again. He needs Allen to get his story out to the world, but Allen has been burned, forced to destroy his credibility, and has been framed as a criminal. Working separately, they will lose their lives. Working together, they just might have a chance.
What I Liked:
Stan Mitchell has a military background and it shows. He gets most things right. I noticed only a couple of bobbles (see below). The characters seemed like real people. The bad guys were bad to the bone. The good guys were mostly patriots, even though they strayed far over the line and became vigilantes. But, hey, all in a good cause!
The action was non-stop. The plot was mostly linear, but there were several "all-is-lost" moments which kept the story from becoming predictable. Sure, the broad genre is almost trite. How many stories have we seen of US agents or operators sold out by corrupt higher-ups? But this is still a good yarn.
Best of all, the story had a beginning, a middle and an end. This has no cliffhanger to make you buy the next volume to see what happened. This had a real, satisfying ending. I liked that.
What I Did Not Like:
There were a number of typos, but not many comma mistakes. Mistakes were things like "really" for "real" and "boat" for "bolt." More puzzlingly, Mitchell said that a marine platoon in Vietnam had 23 men and a company had 100. Unless he was talking about a ridiculously under-strength units, this is not correct.
A platoon should have 40-odd men and a company well over 200. This is a glaring error.
I think the sniper sequence would have been more believable if Nick had come up with match-grade .308 or hand loads rather than off-the shelf Wall-Mart ammo
But my quibbles are minor.
Conclusions:
This is a worthy book. It has a few rough spots and could stand a thorough edit. Bit I liked it and feel it is worthy of FOUR STARS.
Read more
One person found this helpful
Helpful
Report abuse

Speedy Grandma
5.0 out of 5 stars Seat-gripping action fiction!
Reviewed in the United States on March 19, 2018
Verified Purchase
After I found this jewel, my friend read it first and told me how good it was. She was right! SOLD OUT by Stan R. Mitchell is seat-gripping action fiction. And I really think you guy readers out there would love it even more than us gals do. The two unlikely paired protagonists are an ex-Marine Scout Sniper and a fifty-something New York reporter. The mission they are forced to accept is to--mainly--not get themselves killed, while exposing the corrupt governmental group that sold out the sniper and his spotter partner years before. It is riveting action as they evade and attack--mostly in East Tennessee around Knoxville. The violence and a sprinkling of foul language make it not for the squeamish, but do make it very realistic. My husband was surprised I was reading and enjoying it so much, I think, but I did, and you probably would too.
Read more
4 people found this helpful
Helpful
Report abuse

BigDrumDaddy
5.0 out of 5 stars FAST PACED, ACTION NOVEL - LOVE IT!
Reviewed in the United States on March 26, 2016
Verified Purchase
Nick Woods just may become my new favorite character. Why, you ask. Because I've been there. Done that myself. Just several decades earlier. And I've dealt with the paranoia just as Nick did - and continues to revisit.
Nick Woods & Allen Green couldn't be more different. Yet their worlds collide when Allen turns up information on a secret US operation during the Soviet Afghanistan War. Info that involves Nick. And some unsavory characters who are less than thrilled about this info coming to light. Setting Nick & Allen on a collision course with destiny & some of our nation's most egregious, & unscrupulous covert operatives.
Long story short, former USMC Sniper Nick Woods is partnered with disgraced New Yorker Magazine writer Allen Green in a fight to save their lives & reputations, enact some vengeance for wrongs past & present - and hopefully live to resume some sort of life afterwards. Assuming they survive.
In a tightly written, fast moving novel by author Stan R Mitchell, one who knows all too well the difficulty Nick has had adjusting to civilian life, and lived to fight on and live another life. Its authenticity rings true in very sense of the word.
If you've ever been there yourself, you'll understand and appreciate it even more.
Read more
5 people found this helpful
Helpful
Report abuse
See all reviews

Kindle Customer
5.0 out of 5 stars A deadly conspiracy reversed.
Reviewed in the United Kingdom on October 27, 2018
Verified Purchase
When you conspire to eliminate any witnesses of your past acts, no matter how important to national security they may have been, Nick Woods had better not be on your list of targets! With the help of a former top flight journalist, Nick sets about turning the tables on his secret enemies, who just do not realise what a destructive force they have released upon themselves.
Read more
Report abuse

Bry
4.0 out of 5 stars Non stop action
Reviewed in the United Kingdom on May 9, 2016
Verified Purchase
This is an ideal read for those who want action from page one. However I only gave 4 stars because of the repetitive references to the heroes mistrust of the government, too many times for me..
Read more
Report abuse

Eddie centurion
5.0 out of 5 stars New hero on the block
Reviewed in the United Kingdom on October 14, 2016
Verified Purchase
This is very very good for a first book! About Nick a former sniper going up against cia malitia! Great action with a very good story! Loved it, going on to book two, Mexican heat!
Read more
Report abuse

HT
5.0 out of 5 stars Brilliant story line
Reviewed in the United Kingdom on May 23, 2016
Verified Purchase
Another action packed story, sometimes wonder how they collate all the info across the whole spectrum of agencies. Great read and kept me going over a couple of late nights.
Read more
Report abuse

BPBJo3
5.0 out of 5 stars Excellent Read
Reviewed in the United Kingdom on May 20, 2016
Verified Purchase
Fast paced and very believable!

A real page turner with characters you can empathise with. Hard to believe it is the author's first book.
Read more
Report abuse
See all reviews