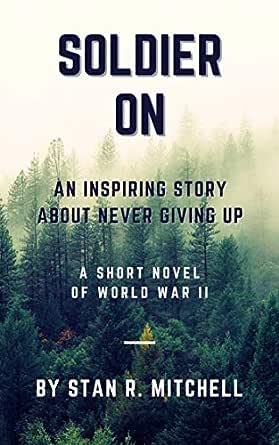 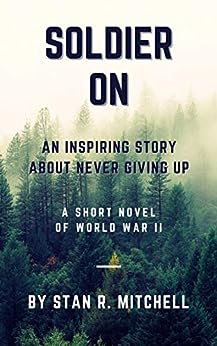 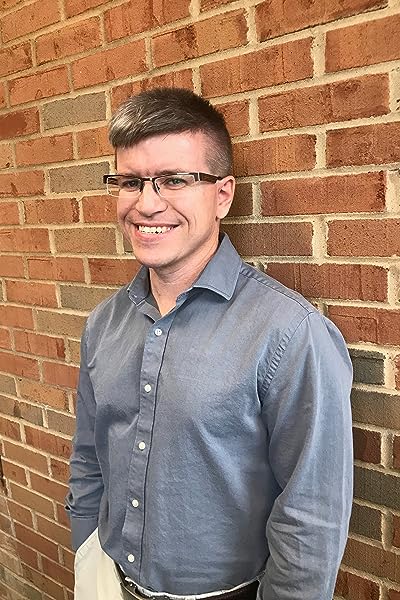 Stan R. Mitchell is the author of 10 fast-paced books! He's sold more than 70,000 copies. If you're looking for an independent artist to support, look no further. You'll love his books.

Marsha Jeanne Thalleen
5.0 out of 5 stars A story of endurance
Reviewed in the United States on December 24, 2019
Verified Purchase
Soldier On by Stan R. Mitchell

This is another good read from Mitchell. I was hooked from the introduction. It gives this book a different perspective. Suddenly these are not German soldiers at the end of WWII, now it is about men following orders. These characters are solidly written and consistent, quite an accomplishment considering the relative brevity of this novel. I also really enjoyed the ending; it allows for either follow-up writings or just to let me fill in the blanks as I like them filled. I strongly recommend this book, especially for those who think they don't care for war stories. Soldier On will change your mind.
Read more
One person found this helpful
Helpful
Comment Report abuse

Sanford
5.0 out of 5 stars Great real life read on the end of a war
Reviewed in the United States on June 15, 2017
Verified Purchase
I ordered this short novel because I had some time that would be limited. I wanted something that I could read within a few evenings and I was not let down. The characters in this novel are German soldiers knowing that the war was ending, with many hoping they would come out alive. Conflicts between several were very realistic and along with those in command trying to keep morale up in an impossible position. I was very impressed how well written the novel was and can relate to the characters because I am a combat veteran. One of the reviews stated there was no ending to this book. There was a finale when several soldiered on and the reader can see see where it is going. Great read!
Read more
One person found this helpful
Helpful
Comment Report abuse

Jack Badelaire
4.0 out of 5 stars Solid Short Story about the Last Days of the German Army in WWII
Reviewed in the United States on April 8, 2013
Verified Purchase
Stan Mitchell does a great job of digging deep into the minds of soldiers who're losing a war, but aren't defeated yet. The last months of WWII in Europe were bleak for the Wehrmacht, a very strong, professional fighting force that was being ground down into a shadow of its former self by the onslaught of the Red Army to the East and the remaining Allied forces to the West. By early 1945 all but the most insanely fanatical Germans know they were going to lose the war, and many gave themselves up in the hopes of seeing the war's end, even if it meant becoming a POW (although the chances of that happening in the East were slim...).

However, a great many of Germany's soldiers fought on, grimly determined to do their duty. This story follows a shattered company of men along the Western front just a couple of months before hostilities end, as they decide day by day if enough is enough - whether their dedication to Germany is worth their lives so close to the inevitable end. This is a subject that isn't usually touched upon, because any attempt at making the German army appear sympathetic gets controversial very quickly. But the fact remains that, for better or for worse, a lot of the Heer (the regular German army, navy, and air force) fought out of pride in their nation and their duty as soldiers. Everything beyond that is open to a debate that will no doubt rage on for many, many generations to come.

If I had a quibble with this story, it'd only be that it is, perhaps, a little too introspective. There is a brief bit of action in the beginning, but I'd like to have seen a little more combat, something that showed us that no matter how rough it was for these soldiers, they were veterans of many campaigns and could still hold their own against the Allied forces. This is, however, only a personal preference, and as this was clearly written as more a view into the lives of the men, and not necessarily an action piece, I can't fault Stan for making this decision.
Read more
2 people found this helpful
Helpful
Comment Report abuse

1slander1970
3.0 out of 5 stars Good, short read
Reviewed in the United States on March 9, 2015
Verified Purchase
It was a good, short read. There was nothing spectacular about this novel. There was no climax and the characters were not fully developed. The author obviously has a deep military background and when he went into details in this area, these sections were well written. When it came to characters only Captain Schroeder had any depth to him. There were so many opportunities to expand on themes, that were wasted. I would recommend this book with the understanding that this is a young author and the premise of the story is a good one. If you take these items into account you will not be disappointed. I was expecting more, and after changing my expectations to be more in line with the author's purpose (a short story) the tale grows on you.
Read more
One person found this helpful
Helpful
Comment Report abuse

Che Vargas
5.0 out of 5 stars An extremely underrated and impressive glimpse into the mental aspect of war
Reviewed in the United States on September 10, 2015
Verified Purchase
This story is the perfect example of how haunting, thoughtful, and vast a short story can really be. Stan Mitchell does an amazing job of exposing the harsh reality of war and what it does to a person. While the story's characters endure physical torment in the bitter cold, their minds are challenged with a different battle between loyalty and survival. In addition, Mitchell expertly creates action in the reader's imagination simply through the character's own analyses of potential combat or what is yet to come.

Some reviewers have complained about the ending, but I found it to be perfect. World War II is a great setting, and technically, we all know how World War II ends. I love an ending that leaves you thinking, wondering, and finally accepting. The more I have thought about this short story and its ending, the more I like it. "Soldier On" will definitely stretch your mind, leaving you incredibly empathetic, impressed, and beyond satisfied with your small purchase.

If you're looking for a gritty and believable short story about the challenges and psychological battles that a soldier must endure, then you've absolutely found the right short story. Brief, descriptive, and to-the-point. If you're familiar with and fond of Ambrose Bierce, author of "An Occurrence at Owl Creek Bridge," then "Soldier On" should definitely be in your library. A short story does not tell a story from A to B. Instead, its job is to show you just a tiny bit of that journey in such a way that allows the reader to figure out and decipher the whole story. Stan Mitchell does this expertly, and I look forward to reading more of his works. I would love another short story from this author.
Read more
One person found this helpful
Helpful
Comment Report abuse

Joshua A. McGuoirk
4.0 out of 5 stars The consummate leader.
Reviewed in the United States on April 27, 2019
Verified Purchase
"Only weak leaders wished for better situations or made excuses." I've made these same arguments. Good read. Lots of turmoil. Thanks for writing @StanRMitchell
Read more
One person found this helpful
Helpful
Comment Report abuse
See all reviews

np
2.0 out of 5 stars Ended with nothing. Readable but no conclusion
Reviewed in the United Kingdom on September 28, 2013
Verified Purchase
Although this was a readable piece, I find the end was rushed and inconclusive. A number of typos in the work also made for further growth. Sorry could have easily got to a satisfactory conclusion with only 2 further chapters.
Read more
Report abuse

Poppalong
2.0 out of 5 stars Aeroplane reading at its worst.
Reviewed in the United Kingdom on December 6, 2014
Verified Purchase
When I finished reading this one I did not really feel as though I had actually read anything. I would be hard pushed to recommend it to anybody.
Read more
Report abuse

Flynn
3.0 out of 5 stars Three Stars
Reviewed in the United Kingdom on May 29, 2016
Verified Purchase
Good
Read more
Report abuse
See all reviews