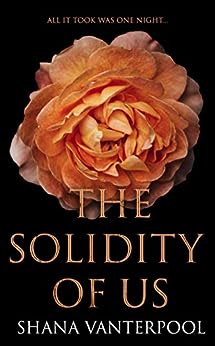 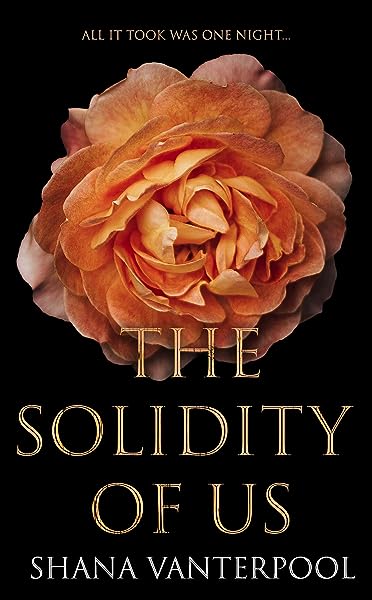 The Solidity of Us: A Novel Kindle Edition

The Solidity of Us is a beautiful and transformative romance set in the fictional town of Well, Water, Kentucky. It's full of that small-town feel, with the richness and magic of the south. Moderate heat, dripping love... it's the perfect book to escape into if you're looking for a romance that will stick with you for a long time...

A small-town, southern romance that will stick with readers for a long time...

Mom12
5.0 out of 5 stars Beautifully crafted southern second chance story
Reviewed in the United States on March 5, 2019
As I finished this book, almost in one sitting, I was struck by what the author wrote in her blurb: Can anything that's solid be simple? This story is in many ways simple, often relying on the honesty of its characters. There is no "event" that occurs, any plot device dramatization, nor a huge shift in emotions based on outside interference. It's a beautifully simple tale of two people that fate brought together under normally heavy, burdensome circumstances. They both decide what they are looking for is right there between them. Dependability, reliability, security...all synonyms for solidity. In another book, we might get a whole book about becoming mature and moving forward from past mistakes. We might get a story about a girl who counts on a man who disappoints. Not here. After absorbing the reason they are thrust together suddenly, Cade and Bray find common ground almost immediately. They decide that they may not have done their relationship in the "right order" but it's worth exploring.

Bray is charming and confident, saying at one point “What would you like me to do, Cade? Swoon because you think I’m hot? I know I’m hot. I don’t need validation from you. I just wanted to know if you belittled the mother of your child in your mean mind the way you do everyone else.”

Cade is angry and closed off, almost daring Bray to run away. It would be easy to say that Cade is complicated. He's really not. He wants the family he never had. So does Bray. Simple, right? These two get closer and closer at a time when many people in the same situation might crumble under the pressure. They keep surprising each other with their ability to adapt and change. They have honest conversations and make decisions together.

Vanterpool often explores family and fear in her work. She crawls inside her characters, seemingly living and breathing for them here. While the couple makes milestone after milestone in their relationship, they confront their demons and their fears together. They give advice to each other that isn't immediately dismissed. The cynical might say, this would never happen in real life. But I know it does. I see my delightful parents marriage of 44 yrs, and if course there is Bray's grandparents. Those who enjoy the show This is Us will undoubtedly enjoy reading this epic.

Even meeting Cade's father and Bray's mother doesn't detract from the love story they were creating. There are no terrible drama that gets everyone upset. These characters communicate, and they work hard to move forward. You can't pick your family, but you can always pick the road you travel on with them. Sometimes it's bumpy, and sometimes its...solid.
Read more
One person found this helpful
Helpful
Report abuse

When you start reading this book you will think I’m crazy because Cade is an a******! A major jerk! However as we get to learn his story you can understand why and will find yourself rooting for him.

Bray...she is my kind of girl! Spoiled girl running to her hidden away family to lick her wounds. Or is she really that brat? She is confident and vulnerable all at the same time. Every woman that knows their self worth but can admit their mistakes is a woman I can get down with.

When these two personalities mix you will see explosions!

You will find yourself going through this book cheerleading and screaming for their HEA. I absolutely loved it!
Read more
One person found this helpful
Helpful
Report abuse

ktangora
3.0 out of 5 stars Scandal
Reviewed in the United States on April 11, 2019
I'm not even sure where to start with this. This book started off on a good note and then picked up speed and derailed.

Bray has run to Kentucky to live with grandparents she never knew about until her family was immersed in scandal. Bray works twice as hard just to validate she is more than silver spoon. And now, now she will work even harder as a the result of a one night stand leaves her pregnant.

Bray assumes she will never see that man again but she's wrong. Cade Montogomey grew up with a crappy childhood and comes back at least once a month to take care of his ailing father. He would rather be anywhere but there. And when Bray makes the outlandish comment that she is pregnant by him, well his guards go up higher. He is bitter toward women.

After confirming that the baby is his, he is set on taking care of Bray and the baby. So now, the navigate getting to know one another. Here is where it got dicey for me... Bray seemed contradictory towards Cade plus it seemed to have no direction once they were together. It just felt all over the place for me.
Read more
Helpful
Report abuse

Tee
5.0 out of 5 stars Second Chance at Love
Reviewed in the United States on March 7, 2019
Where do I start on this review..... I have so many emotions going through my head right now as I think about how this story unfolded. It had so many emotions that I went from laughing to crying to yelling at my kindle because I wanted everyone and everything to work out for the best.

Bray ran home to her mother after she couldn't take it anymore. She knew she needed a change but she wasn't sure what to do and where to go but in the end she decided she would go back to her mother's small town in Kentucky and start a new life over. When she gets there she decides to have a one night and what a night it was.

She feels sick and finds out some news when she sees her one night stand and she knows she has to tell him what is the matter with her and when she does Cade does not believe her but when the tests come back and it comes out to be true he has to make a life changing decision.

This story is so amazing as far as a romance goes because it is slow and burns hot and brings two lonely souls together that need each other.
Read more
Helpful
Report abuse
See all reviews