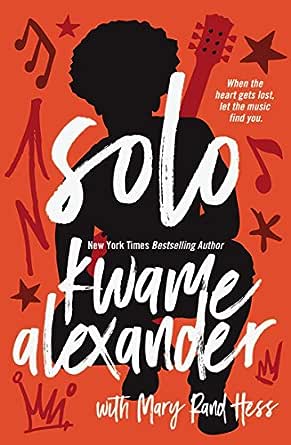 You've subscribed to Blink! We will preorder your items within 24 hours of when they become available. When new books are released, we'll charge your default payment method for the lowest price available during the pre-order period.
Update your device or payment method, cancel individual pre-orders or your subscription at
Your Memberships & Subscriptions 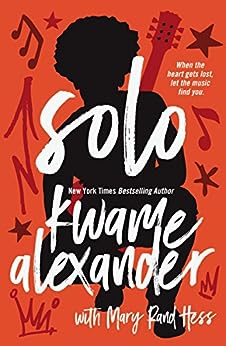 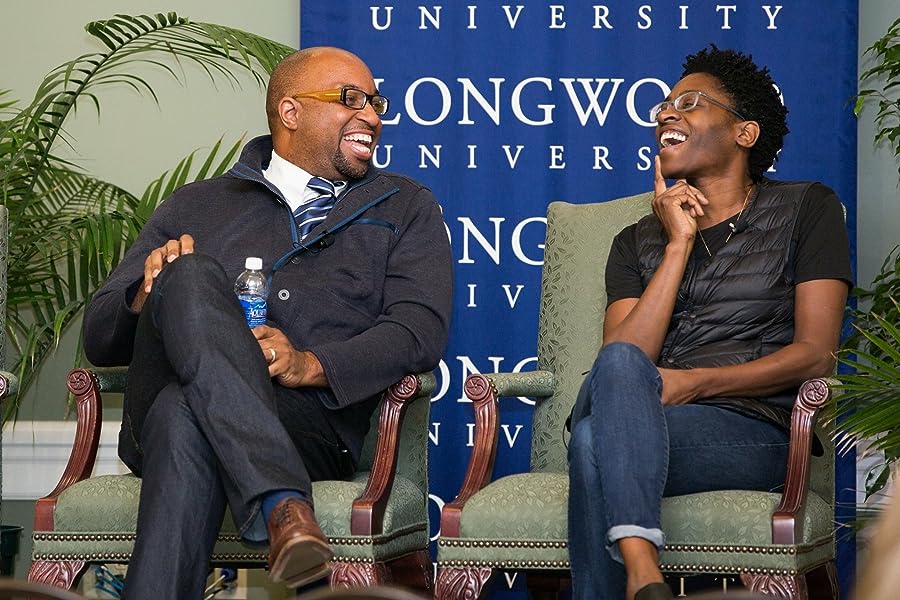 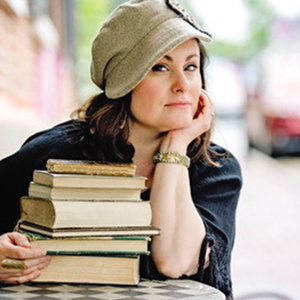 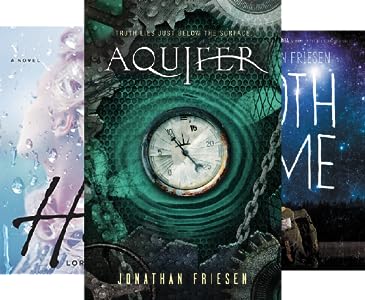 Blade never asked for a life of the rich and famous. In fact, he’d give anything not to be the son of Rutherford Morrison, a washed-up rock star and drug addict with delusions of a comeback. Or to no longer be part of a family known most for lost potential, failure, and tragedy, including the loss of his mother. The one true light is his girlfriend, Chapel, but her parents have forbidden their relationship, assuming Blade will become just like his father. In reality, the only thing Blade and Rutherford have in common is the music that lives inside them. And songwriting is all Blade has left after Rutherford, while drunk, crashes his high school graduation speech and effectively rips Chapel away forever. But when a long-held family secret comes to light, the music disappears. In its place is a letter, one that could bring Blade the freedom and love he’s been searching for, or leave him feeling even more adrift.

Kwame Alexander is a poet, educator, and the New York Times bestselling author of 28 books, including Swing, Solo, and Rebound, the follow-up to his Newbery Medal-winning middle grade novel, The Crossover. The 2018 NEA Read Across America Ambassador, Kwame is also the host and producer of the literary variety/talk show, Bookish, which airs on Facebook Watch, and the Founding Editor of VERSIFY, an imprint of Houghton Mifflin Harcourt Books for Young Readers.

Mary Rand Hess is a poet, mixed-media artist, screenwriter, and New York Times bestselling author of Solo and Animal Ark: Celebrating Our Wild World in Poetry and Pictures, both coauthored with Kwame Alexander.

Two Starred view from Media Break! The 17-year-old son of a troubled rock star is determined to find his own way in life and love. On the verge of adulthood, Blade Morrison wants to leave his father’s bad-boy reputation for drug-and-alcohol–induced antics and his sister’s edgy lifestyle behind. The death of his mother 10 years ago left them all without an anchor. Named for the black superhero, Blade shares his family’s connection to music but resents the paparazzi that prevent him from having an open relationship with the girl that he loves. However, there is one secret even Blade is unaware of, and when his sister reveals the truth of his heritage during a bitter fight, Blade is stunned. When he finally gains some measure of equilibrium, he decides to investigate, embarking on a search that will lead him to a small, remote village in Ghana. Along the way, he meets people with a sense of purpose, especially Joy, a young Ghanaian who helps him despite her suspicions of Americans. This rich novel in verse is full of the music that forms its core. In addition to Alexander and co-author Hess’ skilled use of language, references to classic rock songs abound. Secondary characters add texture to the story: does his girlfriend have real feelings for Blade? Is there more to his father than his inability to stay clean and sober? At the center is Blade, fully realized and achingly real in his pain and confusion. A contemporary hero’s journey, brilliantly told. (Verse fiction. 14-adult) (Media Break)

Betrayed by those closest to him and stunned by a family secret, 17-year-old Blade Morrison flees his comfortable but chaotic life as the son of a drug-addicted rock star. Seeking answers and closure, Blade travels to the Ghanaian village of Konko, where he gains new perspective on family and belonging. Writing in free verse, Alexander and Hess, who recently collaborated on Animal Ark, strongly communicate Blade’s frustration and disappointment (“I have taken for granted/ the palm trees of Cali... planted by Spanish missionaries/ in the 18th century.... They don’t belong here./ And neither do I”). Lyrics from Blade’s songs (and interspersed references to songs from Lenny Kravitz, Metallica, and others) emphasize the importance of music in his life, both as a link to his family and as a way to express himself. Blade’s interactions with his father, a Ghanaian young woman named Joy, and a child named Sia are especially poignant, so much so that these secondary characters can draw focus. But many readers will identify with Blade’s struggle to find his place in a family where he feels like an outsider. -- PW (Publishers Weekly) --This text refers to an out of print or unavailable edition of this title.

Kwame Alexander is a poet, an educator, and the New York Times bestselling author of more than twenty books, including The Crossover, which received the 2015 John Newbery Medal for the Most Distinguished Contribution to American Literature for Children. He believes that poetry can change the world, and he uses it to inspire and empower young people through his Page to Stage Writing and Publishing Program.

Mary Rand Hess has been writing and editing professionally for over twenty years. She writes everything from poetry, novels, and picture books to screenplays and teleplays. In addition to her writing and editing, she has had the privilege of running an independent publishing company, where she works with award-winning, high-profile figures in the literary, sports, and entertainment industries. Over the years, she has also taught creative writing, drama, art, and Sunday school.

Kwame Alexander is a poet, an educator, and the New York Times bestselling author of more than twenty books, including The Crossover, which received the 2015 John Newbery Medal for the Most Distinguished Contribution to American Literature for Children. He believes that poetry can change the world, and he uses it to inspire and empower young people through his Page to Stage Writing and Publishing Program. --This text refers to the audioCD edition.

4.5 out of 5 stars
4.5 out of 5
157 customer ratings
How does Amazon calculate star ratings?
Amazon calculates a product’s star ratings based on a machine learned model instead of a raw data average. The model takes into account factors including the age of a rating, whether the ratings are from verified purchasers, and factors that establish reviewer trustworthiness.

Shelley
3.0 out of 5 stars Really 3.5
Reviewed in the United States on July 16, 2019
Verified Purchase
Loved the concept of a love letter to rock and roll. The character development via novel in verse like a song took time getting used to but was ok. Why must the story begin with such graphic sex - now can’t use with middle schoolers,
Read more
3 people found this helpful
Helpful
Comment Report abuse

I would recommend this book for 8th grade and up. It is Such a gift to fans and new comers alike and will be loved by all.

Lehua
5.0 out of 5 stars Glorious
Reviewed in the United States on May 28, 2020
Verified Purchase
I got so caught up in the poetry and story that I read Solo in one sitting. I loved the narrative structure and the young man with his heart literally on his sleeve. Beneath the surface of a rock and roll redemption story powerful themes run deep.
Read more
Helpful
Comment Report abuse

A. Waligora
5.0 out of 5 stars Freshman students love it!
Reviewed in the United States on December 10, 2017
Verified Purchase
I teach freshman English and I own three copies of this fantastic book. There is never a copy in my classroom, however, because all three of my copies are always checked out. Five stars from this teacher, and from the 9th grade students loving this book.
Read more
One person found this helpful
Helpful
Comment Report abuse

Sarah
5.0 out of 5 stars LOVED THIS STORY
Reviewed in the United States on August 2, 2017
Verified Purchase
LOVED THIS STORY. I love the verse format, the characters and the journeys (literal and personal) that they go through, and I love the connection to music. This is definitely a book that I would tell someone to recommend to someone who "doesn't read." While aimed at young adults, adults will enjoy and connect to this story as well.
Read more
2 people found this helpful
Helpful
Comment Report abuse

Schwarz
5.0 out of 5 stars Highly recommended
Reviewed in the United States on November 29, 2017
Verified Purchase
Kwame Alexander is my literary hero. I read the book and listened to the audio and both are great but there's music on the audio which is a total bonus. This book is truly amazing and heartfelt and real and raw. One of my favorites ever.
Read more
One person found this helpful
Helpful
Comment Report abuse

Lisa F
5.0 out of 5 stars A beautiful story of family and song
Reviewed in the United States on May 4, 2020
Verified Purchase
I loved this book and mourn the fact that works like this didn't exist when I was in high school. This book offers a window into life and all the messy things that come with it....young heartbreak, addiction, family secrets, loss of loved ones, unwanted fame. But it's also a joyful tribute to music and all the love songs we keep hidden within ourselves until the moment is right to sing them.
Read more
Helpful
Comment Report abuse
See all reviews from the United States

Debbie Green
5.0 out of 5 stars Awesome Book
Reviewed in Canada on May 4, 2018
Verified Purchase
The first book of Kwame Alexander’s that I have read and it will not be the last. Wow, I could not put it down. I loved it.
Read more
Helpful
Sending feedback...
Thank you for your feedback.
Sorry, we failed to record your vote. Please try again
Report abuse