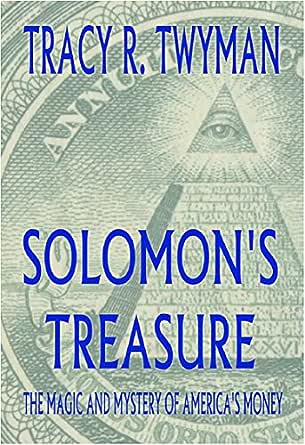 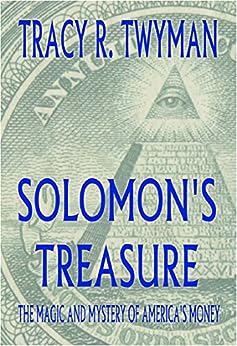 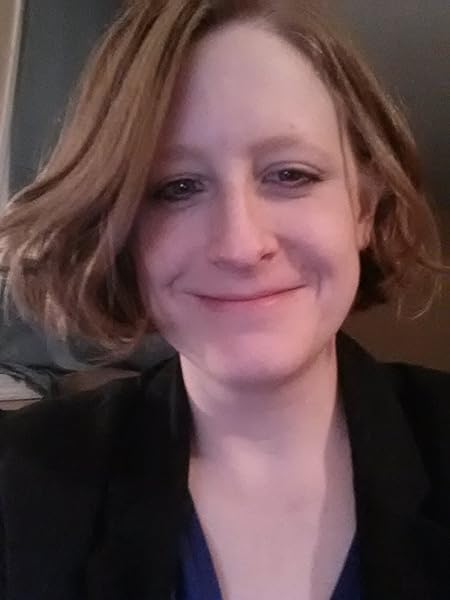 Many books have been written about how to create wealth through positive thinking, and others have claimed to disclose the secrets of how to harness the "energy" of money. But here for the first time, author and researcher Tracy Twyman exposes the occult, alchemical mysteries that lie at the heart of the US dollar, which, as she explains was engineered to become the most powerful currency on Earth. In researching the magic of the dollar, Twyman discovered elements of Freemasonry, Judaica, esoteric Christianity, the lost treasure of King Solomon, and the idol known as Baphomet, worshipped by the Knights Templar. In Solomon’s Treasure, the author traces the factors behind the rise and fall of the Roman Empire, the Byzantine Empire, the Medici dynasty, Italian mercantilism, Enlightenment philosophy, and the birth of the American Republic, demonstrating a hidden thread of continuity throughout. Here Tracy Twyman also explores the religious origins of money in! ancient Rome, Greece, Babylon, Sumer, Egypt and Israel, revealing the secret wisdom of wealth creation that has been passed down from one generation of initiates to another for thousands of years. It was this wisdom which, Twyman states, was utilized by those who have guided American monetary policy, and who have been responsible for designing American currency.

Who knew that exploring the history of money would involve subjects like mummified severed heads used as divine oracles, or sacred prostitution, or demonic pacts, or the superstition surrounding the number thirteen? Who knew that the person responsible for minting the first dollars was a practicing alchemist, or that the dollar sign is in fact an alchemical symbol? Who knew that there was a connection between the coins that filled the coffers of King Solomon's treasury, and the currency produced by the U.S. Department of Treasury? Who knew that those symbols on the dollar bill were not just "Masonic", but actually work together to form a coded message? And who knew that those elusive "secrets of wealth creation" sought by occultists for so long, were in fact right in front of us all along, encoded on the very money we use every day? --This text refers to an out of print or unavailable edition of this title.

Have you ever wondered why US dollars are green? Or why they are such a peculiar size and shape, compared to other currencies? Or why, despite objections from secularists, does all US currency contain the words "In God We Trust"? What is the meaning of phrases like "Annuit Coeptis", "Novus Ordo Seclorum", and "E Pluribus Unum", found on the one dollar bill? What are the origins of financial terms like "fiducial", "trust", "credit", and "currency"? When was money invented, and why? In Solomon's Treasure I explore all this and more. --This text refers to an out of print or unavailable edition of this title.

Tracy R. Twyman, the former Editor of Dagobert’s Revenge Magazine, has been a recognized expert on occult history since the 1990s. She is the author of The Merovingian Mythos and the Mystery of Rennes-le-Chateau (Dragon Key Press, 2004), and the editor of The Arcadian Mystique: The Best of Dagobert’s Revenge Magazine (Dragon Key Press, 2005). --This text refers to an out of print or unavailable edition of this title.
Read more

Karen holland
5.0 out of 5 stars Excellent
Reviewed in the United States on June 4, 2018
Verified Purchase
Tracy Twyman takes a deep dive on every subject she researches and writes about..
Read more
One person found this helpful
Helpful
Comment Report abuse

Robert
5.0 out of 5 stars FINALLY!!!!!! THE HI$TORY OF MONEY/ THIS IS A MUST READ!!
Reviewed in the United States on July 29, 2013
Verified Purchase
I have wondered most of my life about this thing we call money. It's in the seven deadly sins, the bible, church, jail, crime, marriage, divorce, education, poverty, the white house,the poor house, transportation, sex, food, medicine, disease, birth, death,housing, war, peace,and on, and on, and on. This book covers everything listed here and much more about money. We get lost in the scramble for money, and seldom think to actually investigate what it is. Sex plays a major roll in the origin of money. So does religion. So does egos of many people in power. Tracy R. Twyman put a lot of research in this book. She goes back to Solomon. This was the first time I got a grip on who he was, and how he got what he got. The birth of banking is uncovered. How the word 'money' got it's name The major roll the Templars played in the system of money. There is so much information in this book that you want someone to talk to about it, when you're done. The only reason I gave this book 5 stars is because Amazon don't have 6 stars. Somehow this book sort of settles your mind, about money. For me, it took some of the pressure off. I'm not sure how that worked, but it feels good..Intelligent people will love this book. It's so well done.
Read more
3 people found this helpful
Helpful
Comment Report abuse

safeasmilk
5.0 out of 5 stars Very enjoyable
Reviewed in the United States on September 20, 2015
Verified Purchase
Short read but jam packed with a lot of occult info. I highly recommend anything Tracy writes. I knew some of the info already but the way she pieces it together made it very interesting.
Read more
One person found this helpful
Helpful
Comment Report abuse

Mattie Montalvo
2.0 out of 5 stars A waste of time and money
Reviewed in the United States on March 8, 2013
Verified Purchase
I am beginning to think that authors who write about occult and esoteric themes have run out of material and can only
rehash information. There is absolutely nothing new or interesting that hasn't been said much better elsewhere. Do
a Google search and within 10 minutes you get all the facts Twyman drags out to make a book. I made myself read
to the end to find out the usual---Templars and Solomon's Temple, Freemason's and Washington, etc. etc. ad nauseam.
So what's the point? Where's the Magic and how do ordinary people learn to use it? Twyman has no idea. She's just
"fascinated" by the whole subject of money. Right. Who isn't? Her book just adds to the seemingly infinite line of
authors who just keep writing to get published and create a reputation. Sadly, I don't think hers has benefited from
writing this tome. I won't be reading anything else she publishes.
Read more
4 people found this helpful
Helpful
Comment Report abuse

Brad
5.0 out of 5 stars Excellent Read
Reviewed in the United States on December 21, 2012
Verified Purchase
Interesting understanding of the nature of the function of the creation of money by the private central bank of the United States (The Federal Reserve) operating under charter of Congress since 1913.
Read more
Helpful
Comment Report abuse

Todd A. Migliori
5.0 out of 5 stars Esoterica, at its finest
Reviewed in the United States on May 23, 2012
Verified Purchase
I found out about Tracy Twyman doing a search for esoteric subjects, after i read Solomons treasure i bought her other 3 books, outstanding.
Read more
2 people found this helpful
Helpful
Comment Report abuse

Ryan C. Bailey
3.0 out of 5 stars On Twyman's Solomon's Treasure
Reviewed in the United States on February 1, 2009
The work is highly recommended to the scholars of monetarism, economics, esoterica and history.

Was struck by the breadth of knowledge and organisation of thought displayed by this author. Splendidly counter-mainstream in its presentation the book relies on self sufficiency & objectivity, good journalism.

Was attracted to the work following a lifetime of interest in currency & monetarism (who doesn't like money?) & a radio interview with Tracy on AM radio and was able to obtain a copy. She speaks very clearly to the faithful nature of money, which has since the publication, proved itself more and more real as we have annointed our economy with more paper dollars, beseeching the pagan gods of lucre to deliver us from our own insanity. She alludes to this idea of inflation as pagan sacrifice.

She gives proper respect to the divine nature of Gold as the preferred material of The Great God Jehovah in the Old Testament of Our Bible. Also we read here an interesting overview of the fate of the gold standard and the faith standard which replaced it; 1933-1971. The faith in credit, greed and corruption is quite ironic for a nation alleged to be civically agnostic, or under the mistaken idea of "separation of church & state".

The book will quite illuminate on several layers and you will likely come away, as I did with the realisation that spending present US currency is nothing short of a religious act.

Nicola Khan
5.0 out of 5 stars Highly Recommend
Reviewed in the United Kingdom on December 19, 2015
Verified Purchase
Super prompt delivery. Item exactly what I hoped for. Many Thanks.
Read more
Report abuse
See all reviews