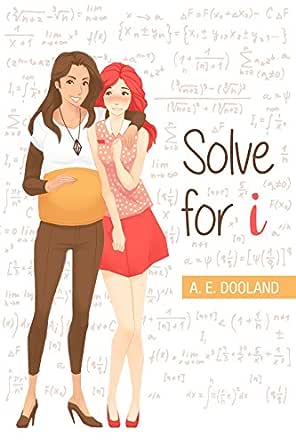 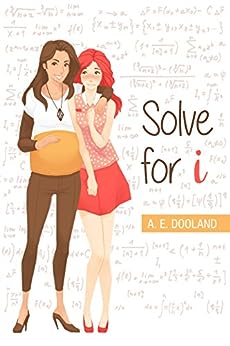 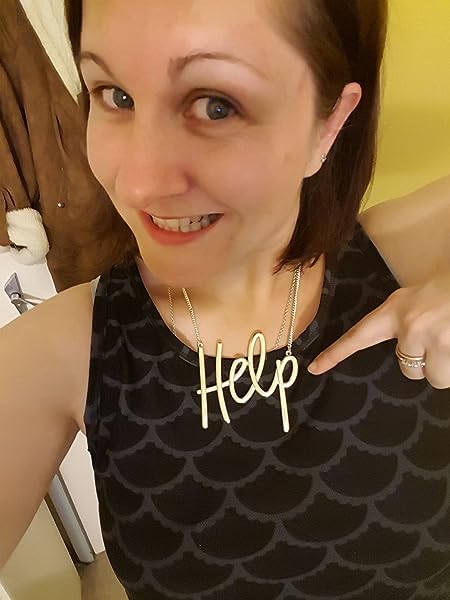 Solve for i Kindle Edition

4.4 out of 5 stars
4.4 out of 5
167 global ratings
How are ratings calculated?
To calculate the overall star rating and percentage breakdown by star, we don’t use a simple average. Instead, our system considers things like how recent a review is and if the reviewer bought the item on Amazon. It also analyzes reviews to verify trustworthiness.
Top reviews

Bill J. from Austin
5.0 out of 5 stars I was right!
Reviewed in the United States on June 12, 2018
Verified Purchase
BINGE-WORTHY BOOKS!

In my review for  Under My Skin  I said that A.E. Dooland was a remarkable talent who had created a fully-formed cast of flawed, insecure, ultimately lovable people - the kind I wouldn't mind having as friends and neighbors. After reviewing  Flesh & Blood (Under My Skin Book 2) , which I thoroughly enjoyed, I said I'd probably be back to rave about  Solve for i , and I was right!

'Solve for i' features primarily the same cast of characters, but the narrative's point of view shifts from Min Lee, the conflicted 'is-he-or-isn't-she' transman of the 'Skin' novels, to that of Gemma, a socially awkward accountant and maths geek whose sexuality comes into question when, first, she kisses Min Lee in a pub, and then realizes she's crushing HARD on her straight, attached and pregnant BFF, Sarah. Sarah, with whom she's traveled the world, shared drunken nights and heartaches, work and play and good and bad... THAT Sarah. What's a confused, socially awkward, borderline alcoholic young Aussie woman to do?

'Solve for i' is a light, fun read - no great truths or profound meditations, but a well-written account of a young woman's awakening to desire. So THIS is why she found dating so difficult, and felt so little desire for the men she met!

My only niggle is that, as with Min's story in the 'Skin' novels, Gemma's internal dialogue is overladen with misunderstandings and misinterpretations. If I had as much difficult understanding my BFF of ten years, or getting said BFF to hear me out instead of talking over me as I try to express my innermost fears and dreams, I might begin to wonder if she really WAS my BFF.

As I said, a niggle that scarcely impacts the pleasure I got from devouring Gemma's story, groaning over her missteps and rooting for her happy ending. I have no difficulty recommending Ms. Dooland's work - all three volumes of it - and look forward to the next installment. I don't know what she might bring to the story of Henry, Sarah and Rob - all straight and relatively conflict-free - but I'll read it if she writes it. Meanwhile, Bree's story has yet to be told from her viewpoint, and I will be altogether bummed if Mikey doesn't get her own book ASAP!

M. Parker
5.0 out of 5 stars suffering from a withdrawal symptom...
Reviewed in the United States on June 27, 2018
Verified Purchase
"Solve for i" is a short spinoff novel from " Under My Skin " and " Flesh & Blood (Under My Skin Book 2) ." Through 3 books, I've been witnessing the trials of these characters for over a month. That's long enough for a withdrawal symptom. I used to read deep into the night, and suddenly, I have no idea what I'm supposed to do now. Why couldn't I have encountered these novels well after the author had written a dozen more novels?

Since this is the chronological end, even though I started with "Solve for i," I'd end reviews with it. I don't regret that I read "Solve for i" first.
Since Gemma shows up in Under My Skin, and because of the encounter with Min, I would have guessed which way Gemma was leaning. I liked the fact that Gemma was slowly trying to figure it out well after she thought she knew about herself. Gemma is a good candidate for a spinoff because she shares being a nervous introvert with Min. The same introspective prose works fine with Gemma.

The author's prose is very detailed. I was at some restaurant and saw a bald guy and thought, "wait, where did I see a bald guy in a really awkward social situation?" Then I remembered it was the Spud incident. It's rare to find a prose so detailed your brain will try to remember a fictional incident in real life. While 4K-High-Definition-prose isn't for everybody because it takes a lot of processing time, I loved every minute of it.

This story was lovely in general. Despite my allergic reaction to the overused word "cute," I think it fits also. I'm looking forward to this author making me read straight through the night again in near future.
Read more
Helpful
Report abuse

Deary
3.0 out of 5 stars Cute Story
Reviewed in the United States on July 3, 2018
Verified Purchase
I never really finished this book but what I read of it was okay. The beginning made it seem like she would get with the best friend but I cheated and looked ahead and that doesn't become a thing and the story just didn't seem to interest me. I did like what I did read--even the parts that I glimpsed later on the book. Others who read it from beginning to end would like it probably but I just don't see myself finishing it. :)
Read more
2 people found this helpful
Helpful
Report abuse

Marty Preslar
5.0 out of 5 stars Fantastic
Reviewed in the United States on January 16, 2018
Verified Purchase
This story is one of the best, and most realistic, of it's subgenre (both late bloomer sexual awakening AND best friend crush) that I can recall reading. A large part of that realism is due to the wonderful, and quite unique, heroine, Gemma. She is such a wonderfully written character! Her nearly crippling shyness, almost suggestive of Asperger's in it's severity, is consistently depicted, with consequences that range from low self esteem to potential career crises to nearly alienating the person she is trying to avoid losing as a friend to possibly messing up a potentially great relationship with a girl who obviously is head over heels for her etc... In addition, the story doesn't take the easy route that many do, forcing Gemma to grow up, deal with her emotional baggage, acknowledge her true self, and somehow remain the sweet, quirky, geeky math nerd who is more likely to consult the statistical probability data about a life crisis than try to, shudder, talk to someone about it. She is a Gem! (Pun intended)
Read more
Helpful
Report abuse

Kindle Customer
4.0 out of 5 stars Worth reading till the end
Reviewed in the United States on February 24, 2017
Verified Purchase
I really liked this story. The characters were likeable and I felt drawn into the drama that their lives were portrayed in this cute story. However I would say that the first pages were not that appealing to me but by the time I got to about 30% of the book I felt hooked and needed to keep reading.

I really love how the timid and always blushing nerd finally realized she could go things for herself and got her girl. The kinky sex scene with a perfect 10 was also a nice touch. :)
Read more
7 people found this helpful
Helpful
Report abuse
See all reviews

Freya11
5.0 out of 5 stars Simple but really enjoyable
Reviewed in the United Kingdom on May 22, 2017
Verified Purchase
It's a really enjoyable and easy read. This book has some truly believable characters in it, and it's written well enough that you experience the emotions that Gemma goes through. This isn't the most gripping book ever, but for a simple but fun story I believe it deserves 5 stars. I do recommend this book to anyone who likes a believable story, but one with a happy ending.
Read more
One person found this helpful
Report abuse

Roger 666
5.0 out of 5 stars Flaky but fun
Reviewed in the United Kingdom on March 23, 2017
Verified Purchase
A fun read with a flaky central character who by being so inspired affection, the rest of the characters fit well with the storyline which made me smile often whilst reading it.
Read more
3 people found this helpful
Report abuse

Kindle Customer
5.0 out of 5 stars A wonderful piece
Reviewed in the United Kingdom on April 26, 2017
Verified Purchase
I was stuck reading this throughout my classes. Maths classes ironically. It's such a rollercoaster to read and I just can't find anything else to say because I just finished it.
Read more
Report abuse

lb
5.0 out of 5 stars Five Stars
Reviewed in the United Kingdom on May 3, 2017
Verified Purchase
Excellent
Read more
Report abuse
See all reviews