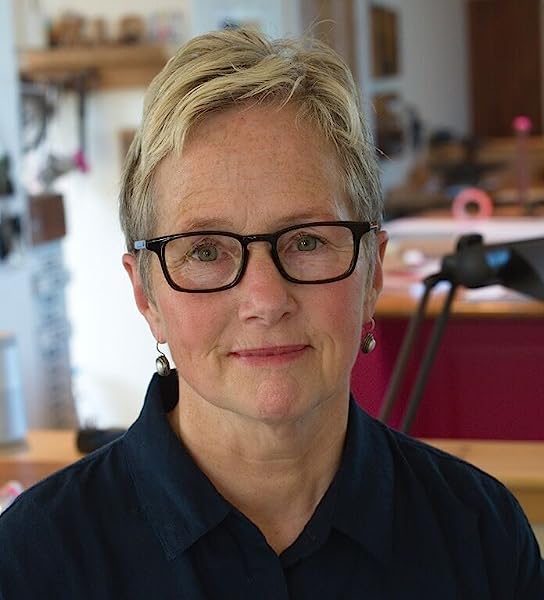 Some Writer!: The Story of E. B. White (Ala Notable Children's Books. All Ages) Hardcover – Illustrated, October 4, 2016

Gr 3–7—Throughout his life, E.B. White (1899–1985) divided his time between New York City and Belgrade Lakes in Maine. He drew inspiration for his books from the bucolic setting near author Sweet's own home and studio. Readers and writers will relate to stories of White's childhood—he was "scrawny" and "fearful" but in love with words. As a child, he contributed short pieces to magazines, winning awards for his studies of nature, dogs, and his family. Some of his youthful creations, such as essays, poetry, and a handmade brochure, are included. Readers may be surprised to find that "Andy" spent his adult years at The New Yorker working with writers like John Updike and James Thurber and that his most ubiquitous book may actually be The Elements of Style. Much of the information on White's adulthood is organized in the volume by his major children's publications. Portions of handwritten and typed drafts of Charlotte's Web will serve as inspiration for young writers. The book is illustrated in Sweet's signature watercolor and collage, which incorporates wood and hardware, vintage office supplies, and quotes from White. Detailed tableaux invite careful inspection and reward readers with connections to the subject's work. Photos of the author and the animals upon which he based his stories will delight readers. In addition to providing carefully chosen words and beautiful illustrations, the biography serves as a stealthy introduction to primary source material, and for the teacher librarian, the text is a rich source of nonfiction features, including a how-to on using a manual typewriter. An afterword by White's granddaughter is an added bonus. VERDICT Drop everything and share widely.—Deidre Winterhalter, Niles Public Library, IL


★  "E. B. White is such a fixture in the children’s literature landscape that it’s hard to think of him as a regular person. Fortunately, Melissa Sweet comes to the rescue in this individual, creative, and thoroughly artistic chronicle of the noted writer’s life." —Bulletin, starred review

★  "An excellent guide to the life of a celebrated writer." —Publishers Weekly, starred review

"Melissa Sweet's beguiling biography of the author of Charlotte's Web deserves to be savored by anyone who has ever loved White's words."
—Columbus Dispatch

"An E. B. White biography like no other." —BookPage

"Whether the name E. B. White is a new discovery or a much-loved author, Some Writer! will captivate readers of all ages."
—Christian Science Monitor

★  "Sweet raises her collage skills to new heights while bringing her love and admiration for fellow Mainer E. B. White to the page for everyone to appreciate. Just as her astounding collages blend materials that might have been found in a barn in Maine, the text carefully blends her words with those of the beloved writer of children’s books... Sweet has written and drawn a fast-moving, thorough, deeply researched, and accessible biography." —Horn Book, starred review

★  " This beautiful piece of bookmaking with enchanting artwork will easily draw in young readers, and the warm account of the adored author will keep them turning pages." —Booklist, starred review

"What elevates this book to the stratosphere is the art. Practically glowing, it turns a very fine biography into something original, creative, and marvelous." —NerdyBookClub.com

Melissa Sweet is the Caldecott Honor-winning illustrator of many fine children’s books including Some Writer!: The Story of E. B. White, winner of the NCTE Orbis Pictus award, Balloons Over Broadway, a Sibert winner, and The Right Word and A River of Words, both Caldecott Honors. Reviewers have described her unique mixed-media illustrations as “exuberant,” “outstanding,” and “a creative delight.” Melissa lives on the beautiful coast of Maine. In addition to writing and painting, she enjoys gardening, hiking, biking, and cross-country skiing. For more information about the author and her work, visit her online at melissasweet.net.
Read more

Start reading Some Writer!: The Story of E. B. White on your Kindle in under a minute.

4.8 out of 5 stars
4.8 out of 5
173 global ratings
How are ratings calculated?
To calculate the overall star rating and percentage breakdown by star, we don’t use a simple average. Instead, our system considers things like how recent a review is and if the reviewer bought the item on Amazon. It also analyzes reviews to verify trustworthiness.
Top reviews

Kathy
5.0 out of 5 stars The entire book feels like poetry, art
Reviewed in the United States on October 6, 2016
Verified Purchase
I might have bought this book just because of the cover. Then, the description of how a manual typewriter works, followed a few pages later by an excerpt about a boy and his dog, oh my! The entire book feels like poetry, art, history, and your favorite uncle's best stories all clustered together. The fact that the reader learns all kinds of interesting details about an amazing writer is almost a bonus.
Read more
20 people found this helpful
Helpful
Comment Report abuse

bibliophile
5.0 out of 5 stars Inspiring
Reviewed in the United States on January 4, 2020
Verified Purchase
I’ve always loved Charlotte’s Web. I saw the movie in 1973 as a very little girl. I remember clearly sobbing as we left the theater and still sobbing in the backseat of the car. I remember my mother threatening me that “if you don’t stop crying, we will never take you to see another movie.”
That story was a part of who I was as a child and who I am as an adult (also kind of a kid:).

I just somehow never thought about E.B. White. I hadn’t been curious for some odd reason. I should have been. It’s a love merely delayed by time.

This book made me fall in love with E.B. White. So many stories and anecdotes... wonderful art... It’s fascinating and helpful to other writers to read about his writing process. This story of E.B. White is so successful that I won’t ever think of one of his books without thinking of him. I also went to amazon to put a bunch of books E.B. White’s containing essays, letters, etc into my amazon cart.

He was a good man. Good to the soles of his feet. Good to his hair blowing in the breeze against the blue of a summer sky in Maine. He was quirky. Just wait till you read about the fire escape. You’ll want to know more... and you might find yourself wanting to build a boat.

Suzanne McDowell
5.0 out of 5 stars Best book I've read in a while
Reviewed in the United States on October 9, 2016
Verified Purchase
Best book I've read in a while! I love the scrapbook-type format, and am especially glad to see that there are plenty of examples of E. B. White's actual writing in here. It is great for my daughter to see that a famous author did lots of revisions, wasn't perfect, kept on trying, etc. I'll definitely be giving this as a gift too!
Read more
25 people found this helpful
Helpful
Comment Report abuse

Francesca
5.0 out of 5 stars The Perfect Biography
Reviewed in the United States on August 4, 2017
Verified Purchase
The perfect biography. It is short and sweet. It does not spend 600 pages telling you what the subject had for breakfast in 1947. It gives you the heart of EB White's life in a few short chapters. It uses plenty of quotations from White's own writings. It illuminates the subject.
Read more
6 people found this helpful
Helpful
Comment Report abuse

Tea&BookLover
5.0 out of 5 stars A keeper!
Reviewed in the United States on March 20, 2017
Verified Purchase
E.B. White is my favorite author and I was so excited knowing this book was coming out that I pre-ordered it. The author did not disappoint! I love all the pictures and information about him. Thank you Ms. Sweet for doing such a remarkable job on this!
Read more
6 people found this helpful
Helpful
Comment Report abuse

J
5.0 out of 5 stars A nearly perfect book
Reviewed in the United States on June 21, 2017
Verified Purchase
Every image, every word of this story should be savored. Even if you're not an aspiring writer, you'll be inspired by EB White's story told and depicted so beautifully you almost want to cry. I'd give this book to any young writer, and maybe to the older ones as well.
Read more
5 people found this helpful
Helpful
Comment Report abuse

Amazon Customer
5.0 out of 5 stars Enjoyed by young and old alike
Reviewed in the United States on February 8, 2017
Verified Purchase
I gave this as a Christmas gift to two people. One was a child. I asked him to read Charlotte's Web and Stuart Little first, so haven't had a full review from him but he liked the layout of the pages. The other was an adult woman and artist who absolutely loved the book -- the creative pages with distinct art work and story line. She liked the fact she could pick it up at any time and read a page or two, keeping up with the story.
Read more
6 people found this helpful
Helpful
Comment Report abuse
See all reviews

Ellen G. Jacobs
5.0 out of 5 stars Five Stars
Reviewed in Canada on February 8, 2017
Verified Purchase
Surpassed my expectations and now I will have to wait for the recipient to make the final judgment.
Read more
Report abuse

Page 1 of 1 Start overPage 1 of 1
This shopping feature will continue to load items when the Enter key is pressed. In order to navigate out of this carousel please use your heading shortcut key to navigate to the next or previous heading.
Back
Next
Pages with related products. See and discover other items: composition in art, books for young readers, children's author, children's word finds, animal story, gifts for writers and authors