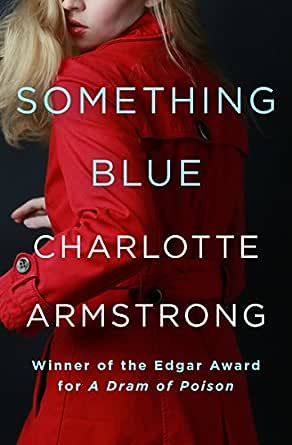 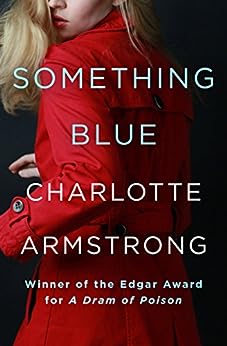 3.8 out of 5 stars
3.8 out of 5
9 customer ratings
How does Amazon calculate star ratings?
Amazon calculates a product’s star ratings based on a machine learned model instead of a raw data average. The model takes into account factors including the age of a rating, whether the ratings are from verified purchasers, and factors that establish reviewer trustworthiness.
Top Reviews

Shawkins
4.0 out of 5 stars Engrossing story, funny language, entertaining
Reviewed in the United States on May 16, 2014
Verified Purchase
I actually bought the book because I love the cover and the book shipped to me was indeed an old version in great condition with the cover shown. The story turned out to be pretty entertaining. I had to get used to the way the main character narrated the story, because some of the things written are a little confusing and not related to any aspect of the story. For example, in one scene, a friend offers him a drink and when he walks into the kitchen to make it with her he says she had everything out already and he "literally couldn't see her". So.. I assumed she had so much alcohol out, cocktail shakers, and whatnot, that they blocked his view of her? It was just an odd sentence and didn't have anything to do with the story. These pop up every few pages. It doesn't detract from the story though. The main character reminds me a little of a character from "Franny and Zooey" by Salinger. I think the story is based around the same time. It's a fun story and the early 20th century language and undertakings of the characters make it akin to watching a movie the likes of "Dial M for Murder". After finishing this, I plan to put it on the bedside table of the guest bed, as a fun little thing for guests to poke through while they're relaxing in the evening. I love murder mysteries of all kinds, am a big fan of Hitchcock, all the cheesy old B murder movies, Columbo, Matlock, Night Gallery, etc.. this book satisfies the craving for cheesy mystery with good character development.
Read more
12 people found this helpful
Helpful
Comment Report abuse

Therese Van Arsdale
4.0 out of 5 stars Old Book
Reviewed in the United States on April 13, 2017
Verified Purchase
This is an interesting novel but readers should know that it is an older book with a new cover.
Read more
Helpful
Comment Report abuse

SFD
5.0 out of 5 stars 50 years ago.
Reviewed in the United States on July 27, 2017
Verified Purchase
This book was written 50 years ago. It is well-written, but socially dated.
Read more
Helpful
Comment Report abuse

Kristin Jones
2.0 out of 5 stars Kritters Ramblings
Reviewed in the United States on March 28, 2020
I didn't know until after finishing reading this book, that it was repackaged and rereleased and was originally published in 1959. I think my entire reading experience would have been different had I known, not sure if I would have liked it anymore.

Johnny Simms has been a friend of Nan Padgett almost their entire lives and quite possibly in love with her also. When all of the sudden she is engaged to be married and her aunt detests the suitor and flies home from Paris to hopefully stop the wedding. Johnny is bound and determined to help her aunt stop the wedding and he must solve a murder mystery to do so.

Although not a long book, it took forever for the real drama to pick up and I felt as though all of the action took place in the last few pages and I was wishing for more buildup throughout the book. I haven't read many classic murder mysteries and not sure after this one, I will seek any out.
Read more
Helpful
Comment Report abuse

Betty Louise
5.0 out of 5 stars Prevent A Marriage
Reviewed in the United States on February 21, 2017
A book from this author, I expect to find a lot of twists and turns. This book did not disappoint me. Nan Padgett plans to married Richardson Bartee in spite of the displeasure of her elderly aunt, Emily. Before her suspicious death, Aunt Emily told Johnny Simms, a boyhood friend that seventeen years ago Nan's Mother was murdered. Her father was convicted of killing her. Emily felt Richardson Bartee was the killer. She took the baby and changed the names so Nan would never know her past. She asks Johnny to look into the case and she if he can find clues to what happened. Johnny must decide if Nan is to be told to prevent the marriage. Johnny must solve the mystery before the marriage or Nan might join her Mother. I recommend this book.

Disclosure: I received a free copy from Open Roads Integrated Media for an honest review. I would like to thank them for this opportunity to read and review the book. The opinions expressed are my own.
Read more
2 people found this helpful
Helpful
Comment Report abuse

Evelyn
5.0 out of 5 stars Another great suspense story from this author
Reviewed in the United States on January 30, 2019
This book is from the 1950s – – and the pace may be a little slow for some readers, but it is a relationship suspense story and you will love it. Just get past the first chapter which can feel a little slow going. Yet another wonderful book from Charlotte Armstrong
Read more
Helpful
Comment Report abuse

Michael
4.0 out of 5 stars Fun vintage gothic
Reviewed in the United States on May 12, 2016
I've been a big fan of Charlotte Armstrong's books,ever since I read The Turret Room. I love her writing style and her wording. You really get into the characters. She's always spinning more and more webs as the book goes on,even when you realize who the murder is, and keeps the book full of suspense. I liked this book; it's not the best that I've read, but it's not disappointing. Great read!
Read more
One person found this helpful
Helpful
Comment Report abuse

Annette H
4.0 out of 5 stars Suspenseful
Reviewed in the United States on February 22, 2017
This was my first book by Ms. Armstrong but it won't be my last! I love her writing style and the twists and turns kept me intrigued. I was given the ARC by Netgalley for an honest review
Read more
One person found this helpful
Helpful
Comment Report abuse
See all reviews from the United States