Skip to main content
A Son Comes Home and millions of other books are available for Amazon Kindle. Learn more 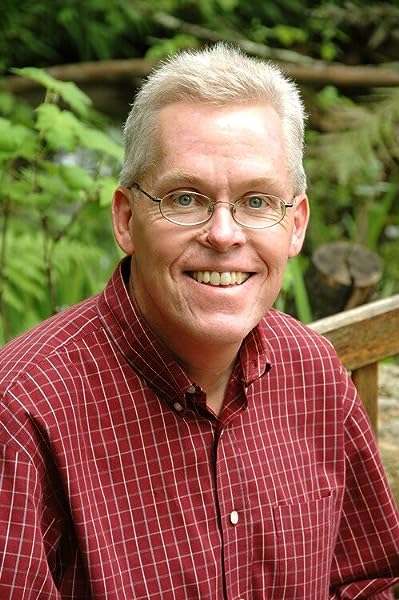 by Joseph Bentz (Author)
4.8 out of 5 stars 11 ratings
See all formats and editions
Sorry, there was a problem loading this page. Try again.

United Only in Grief, a Family Struggles to Heal Old Wounds

"I wanted to kill my brother the day he died. I think back to that with embarrassment now, and with guilt. At the moment his body was being crushed in a tangle of glass and steel, I was stomping around the garage like a madman, flinging his tools against the back of the garage doordenouncing him for his lies and betrayal."

With inimitable style and a fresh voice, newcomer Joseph Bentz updates the universal themes of reconciliation and the prodigals return with A Son Comes Home. This contemporary novel about family contains characters so richly crafted you will feel youve know the LaRue familytheir hopes and painsall your life.

Chris LaRue had fled his Indiana home after the grief and pain surrounding his brothers death became too much to bear. Now, two summers later, he returns and though the secrets that Chris brother took to the grave still linger over the familyespecially over Chris strained relationship with his perfectionist fatherthere is still a flicker of hope that leads them forward.

As old wounds keep the family apart, new challengesa sudden financial crisis, a sisters rebellionthreaten to shatter them forever. Linked only by their pain and the remembrances of the past, the tenuous bonds holding the family together could only be healed by something greater than time itself. The familys journey toward restoration is not easy but it becomes all the more powerful when we see how leaning on God and reconnecting with those we love can bring both reconciliation and true unity.

"...a thoughtful re-examination of lessons found in one of Jesus' most inspiring stories, the parable of the prodigal son." -- CBA Marketplace, July 1999

"...tackles some very delicate topics that many writers might avoid... interesting and realistic, and it contains good lessons for teens and adults alike." --Christian Library Journal, Fall 2000

Novelist and free-lance writer, Joseph Bentz is also a professor of American literature at Azusa Pacific University in Southern California. His novel, A Son Comes Home, is set in the America Midwest that was his home for his first 29 years. Born and raised in Indiana, Joseph earned a B.A. from Olivet Nazarene University, and his Master's and Ph.D. from Purdue University.
Joseph became a professor of American literature first at Olivet, then later at Azusa Pacific where he also completed his first novel, Song of Fire. A Son Comes Home is a departure in style and genre from the fantasy of the first. The book tells the story of one life-changing summer for the LaRues, a family divided both by a geographical and emotional distance.
When Chris LaRue, a graduate student living in California, returns to Indiana for the summer it becomes evident how far he has drifted both from his family and faith. Haunted by the death of a brother, Chris and the rest of the family can't seem to reconcile the sins of the past with a willingness to look to the future. But even that looks formidable as Jack, the father, is suffering from health and financial problems, and Robin, the 19-year-old daughter, has become pregnant unexpectedly.
Exploring how people extricate themselves from the webs that entangle them and reconcile with loved ones that are estranged from them, A Son Comes Home is a story of prodigal sons and daughters, ordinary people who stray from God and finally, through a series of difficult and often tragic circumstances, come to their senses and return to him. Combining tragedy and humor together with a deep spiritual probing, Joseph Bentz creates a distinct and remarkable book about the redeeming power of a life turned back to God.
Joseph's move in 1991 to California to take the position at Azusa Pacific University was important not only professionally but personally as well. He married his wife, Peggy, in 1994 and they have two children.
size : 5.4 x 8.3
Start reading A Son Comes Home on your Kindle in under a minute.

Joseph Bentz's books span a variety of genres, including a fantasy novel, three contemporary novels, five non-fiction books on Christian living, and one book/DVD package. Bentz is a frequent speaker at writers conferences, churches, and other venues. He is a professor of English at Azusa Pacific University. He earned a Ph.D. and M.A. in American literature from Purdue University and a B.A. in English from Olivet Nazarene University. He lives with his wife and two children in Southern California. More information on his writing and speaking is available at his website, www.josephbentz.com.

Mary Langer Thompson
5.0 out of 5 stars A Family Chronicle
Reviewed in the United States on November 21, 2018
Verified Purchase
Having read Bentz's inspirational nonfiction work, Nothing is Wasted, I was eager to read his fictional story of a dysfunctional family. I was hooked from sentence one: "I wanted to kill my brother on the day he died." Bentz masterfully handles different points of view in each chapter, and unlike some authors who use this approach, this reader was not irritated when one chapter ended and a new perspective began. Having lost his brother in a car accident, Chris becomes lost, as do other members of his family, but in various ways. Bentz handles the turning points of the generations in a way that rings true for each member of the family. Will Chris reconcile with his family, especially his father, Jack, his ex-fiance, Beth, with his friends, and most importantly with his faith? I could not put this book down and look forward to reading more non-fiction and fiction by this English professor and author.
Read more
One person found this helpful
Helpful
Report abuse

J. T. Kauffman
5.0 out of 5 stars Five Stars
Reviewed in the United States on October 22, 2015
Verified Purchase
Masterfully written, allowing the reader to understand the thinking and perspective of each of the main characters as the story unfolded. Slowly the pieces to the puzzle fell into place.
Read more
2 people found this helpful
Helpful
Report abuse

girl
4.0 out of 5 stars A Son Comes Home
Reviewed in the United States on April 12, 2012
Verified Purchase
The book was in good condition, however it does not look like the picture. It is the 1999 version, not the newer version. The book has the same content in it. Also, this book was from a library, so it has barcodes and stuff on the cover.
Read more
Helpful
Report abuse

Dawana Hays
5.0 out of 5 stars Five Stars
Reviewed in the United States on November 23, 2014
Verified Purchase
Extremely good read not what I expected had to read this for a class
Read more
2 people found this helpful
Helpful
Report abuse

Mountain Girl
4.0 out of 5 stars A Compelling Read
Reviewed in the United States on April 24, 2008
A Son Comes Home, masterfully penned by a professor of English, deals with the family dynamics that can arise when personalities of parents and children clash, competition between siblings reaches an unhealthy level, grief blinds people to one another's deepest needs, and self-centeredness takes over.

Though it has been compared to the parable of the Prodigal Son, this story contains far more complex problems than the parable, and forgiveness is slow in coming for all parties concerned--the father, the son who left, the mother, the daughter, the fiancée, the dead brother's fiancée, and others.

To complicate matters further, the father has possibly invested with an old friend's company in a venture that could lose him everything, and he has transferred the affection he had for his favored, dead son to a young stranger who secretly woos his daughter. How this relationship affects his relationship with his returning son, his wife, his daughter, his church family, and his trusted friends, I leave for the reader to discover. However, when reconciliation and forgiveness do come in the beautifully written climax, the reader will not be disappointed.

This book might be a good one to use with teens and college-age students in a group study about personal responsibility and the importance of honest and open communication in family relationships. It also would be good to use in literature classes. The author's website includes some materials for teachers to use in the classroom.

Penelope Childers
5.0 out of 5 stars A Novel for Today
Reviewed in the United States on April 14, 2020
This is the first novel I have read by this author. A Son Comes Home is a story of a family that many readers will be able to easily relate to. Bentz masterfully weaves several threads of a family together in a unique way. It is a story of truth, forgiveness, and hope. During these Coronavirus days, I was reminded of what is really important. An engaging read.
Read more
Helpful
Report abuse

T. A. Flint
5.0 out of 5 stars A Powerful Story that Relates to Every Generation!
Reviewed in the United States on July 20, 2000
Reminiscent of Faulkner's The Sound and the Fury, Bentz manages to capture the spirit and breath of each of the several characters through which the story is portrayed. Whether the plot is being told by a teenage girl, an aging father, or a seeking son, the reader gets a chance to glimpse into the real soul of each personality. With skill and subtlety, Bentz explores timeless issues of family ties, loneliness, and acceptance, and how they relate to a series of generations. No matter where in life readers find themselves when reading this book, they are sure to feel at home with at least one of the emotions explored in this true-to-life story.
Read more
4 people found this helpful
Helpful
Report abuse