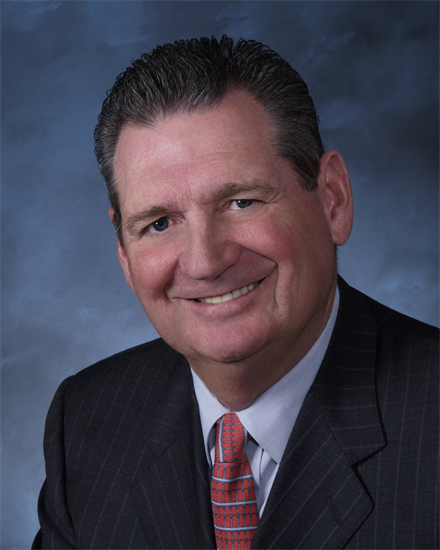 Son of a Gambling Man: My Journey from a Casino Family to the Governor's Mansion Hardcover – March 12, 2013

“A refreshingly unpretentious statement of personal history and political accomplishment that avoids the pitfall of excessive self-congratulation.” ―Kirkus Reviews

“Miller, Nevada's longest-serving governor (1989 to 1999), opens this book by saying that it is not a typical autobiography. After a capable foreword by former President Bill Clinton, Miller writes lovingly, and without apology, about his father, a Chicago bookmaker, whose word was his bond. He counted mobsters as associates, leading to business opportunities in the pre-glitter Las Vegas era. The fledgling gambling mecca, Las Vegas, plays an important character here, as Miller's father becomes deeply involved in the casino life, yet shields his son from it, instead urging him to take part in the American Dream. After a stint in the service and law school, Miller rises quickly from assistant district attorney to judge, entering public office and eventually becoming governor, where he boldly takes on the gaming industry and corrupt lawmakers. In addition to providing the basis for a revealing family memoir and a triumphant political document, Miller's unique life is a testament to persistence, ambition, and respect for blood ties, including ties to his proud casino father.” ―Publishers Weekly (starred)

“Fascinating, larger-than-life story populated with eye-opening, colorful characters. This is an inspiring story as well from a first-rate family man and statesman. A unique and memorable memoir.” ―Steve Forbes

“A fresh and candid appraisal of an intriguing life.” ―Richard O. Davies, distinguished professor of History, University of Nevada

“Bob's story is the perfect example of the "American Dream" and how much one can accomplish by putting their mind and heart into it. I know a side of Bob Miller that many do not; the outspoken District Attorney - fighting for victim's, children's and women's rights, the popular and longest serving Nevada Governor – who changed multiple laws to make Nevada safer for all citizens and the outstanding husband and father. This memorable story is a source of inspiration for all who aspire to great.” ―John Walsh, host of America's Most Wanted

“Governor Miller has unique insight into the forces that have contributed to the growth and vitality of Las Vegas over the last half century. After reading "Son of a Gambling Man," it's obvious why and how he became such a dedicated and efficient public servant.” ―Senate Majority Leader Harry Reid

“Son of a Gambling Man is an incredible read and says what so many have been unable to say…those men and women who helped create one of the greatest cities in the world were at some point in time considered ‘outlaws' and then later ‘heroes.' Thank you Bob for this insight only you could offer. You are truly a man of your word and one of the bets Governor's our state has ever had. I am proud to have been able to call you a friend for most of my life.” ―Wayne Newton

“I want you to know this is not, I repeat not, a quintessential American story –it is a quintessential Nevada story. This entertaining, honest, and provocative book could have only taken place in Nevada.” ―James Carville

BOB MILLER is Nevada’s longest serving governor, holding office from 1989 to 1999. His son, Ross, who is named after his grandfather, is presently in his second term as Nevada’s secretary of state.
Start reading on your Kindle in under a minute.

3.8 out of 5 stars
3.8 out of 5
22 customer ratings
How does Amazon calculate star ratings?
Amazon calculates a product’s star ratings based on a machine learned model instead of a raw data average. The model takes into account factors including the age of a rating, whether the ratings are from verified purchasers, and factors that establish reviewer trustworthiness.
Top reviews

Linda J. Mcdonell
5.0 out of 5 stars Fun read!
Reviewed in the United States on April 9, 2013
Verified Purchase
My husband and I lived in Nevada several years so I knew of Bob Miller. I ordered the book on a whim and read it from cover to cover in one day. It is fascinating to learn more about the Nevada that most of us had no idea really existed. There was always a suspicion that the "mob" was around so it is great to get to know a little of the inside story. I did think Gov. Miller was an excellent govenor so I may have anticipated a good book and I was not disappointed.
Read more
One person found this helpful
Helpful
Comment Report abuse

Pattie B.
5.0 out of 5 stars A must read for any Nevadan who has been here for 25+ years!
Reviewed in the United States on March 22, 2017
Verified Purchase
The book is pure Bob Miller! I can remember most of the stories from 1974 thru 1988. He was, in my opinion, the best Governor Nevada has ever seen. This book is a true reflection of the little town and state he moved to in 1955 thru the humongous growth and changes that make Nevada what it is today. And thanks to Bob Miller for being a huge reason we are where we are today! Very hard book to put down!
Read more
Helpful
Comment Report abuse

Debra
4.0 out of 5 stars Las Vegas history
Reviewed in the United States on February 23, 2015
Verified Purchase
Loved this book as I also grew up in Las Vegas. Mr. Miller came to Las Vegas way before I did as a child. There were lots of things pointed out from the 50's and 60's which I enjoyed. At times the book was a little too political for me. But he was the Governor at one time.
Read more
Helpful
Comment Report abuse

Thomas Martin
3.0 out of 5 stars Nostalgia for my town
Reviewed in the United States on April 9, 2013
Verified Purchase
I am a newcomer to Nevada and was curious about what went on before my arrival. When the Governor's book first appreared, the local newspaper columists fed the congratulatory hype. However, weeks later rebuttals and revisionist criticisms have appeared. The feeling then was that the memoire sluffed over embarrassing aspects of the family's past with regard to organized crime personalities. I wanted to learn about Las Vegas history of the period. I achieved what I wanted. Whether or not this will be of interest to readers outside of Nevada may be doubtful.
Read more
One person found this helpful
Helpful
Comment Report abuse

Maxim Behar
5.0 out of 5 stars Great life...Great lessons!
Reviewed in the United States on April 21, 2013
Verified Purchase
It is a great story of a great man who lived great life and served great people form a great state... Warm recommendation from my side to read this book and to learn all lessons form Governor Bob Miller. It is worth and highly useful for youngsters and adults, for leftists or rightist, males and females, Easterns and Westerns, lovers or haters, lazy and hardworking... Lessons for all, nice reading for the one who can read and who can find the nice things in each sentence.
Read more
Helpful
Comment Report abuse
See all reviews from the United States
Pages with related products. See and discover other items: gambling history books