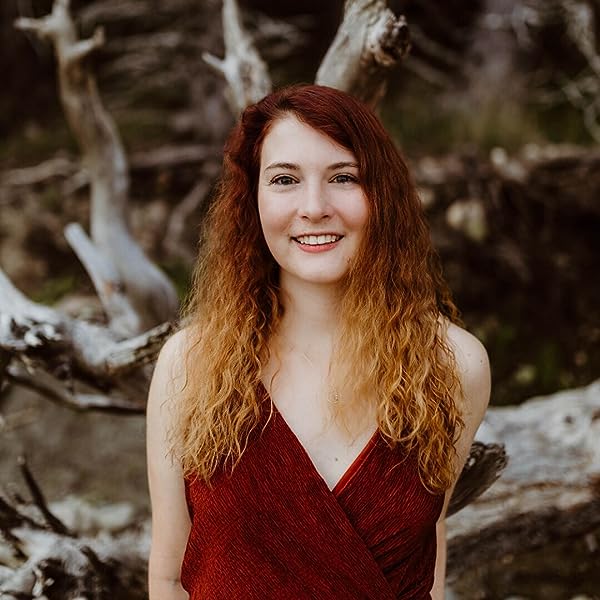 by Desirée M. Niccoli (Author)
4.9 out of 5 stars 17 ratings
Book 2 of 2: Haven Cove
See all formats and editions
Sorry, there was a problem loading this page. Try again.

Her song is a lure he cannot resist.

Even after brokering a deal with the vicious merfolk who stalk his offshore fishing lanes, Captain Killian Quinn has had one too many onboard his boat for comfort. His livelihood, and life, as well as that of his crew’s, depends on his ability to maintain peace. One wrong move and the Dawn Chaser could become a floating charcuterie board, and he’d never see again the one mermaid he wouldn’t mind take a little nibble out of him.

A sinister craving for human flesh leaves Lorelei Roth with no other choice. She must aid the study of one of her own to find a more permanent solution to protect the ones she loves. As enthralled by all her sharp edges and seductive siren song as her fiancé may be, the threat of becoming the wrong kind of snack is never far enough away.

While they’re close to a breakthrough treatment, doubt gnaws at Lorelei as she watches a fellow mermaid languish in a tank, enduring endless rounds of tests and denied the healing touch of the sea. Is one mermaid’s declining health and happiness too steep a price for freedom? And if so, what sacrifices is Lorelei willing to make to set it right?

By night, Desirée M. Niccoli writes adult romance featuring vicious monsters, villains, and the supernatural, often served with a side of eco-horror and paired with (mostly) emotionally intelligent characters and heart. By day, she is a public relations professional living the nomadic military life with her husband and two cats Pawdry Hepburn and Puma Thurman. Although born and raised in Pittsburgh, Desirée has since lived in coastal Maine (where her spooky heart truly lies) and Maryland.

Her debut novel CALLED TO THE DEEP, a paranormal romance featuring people-eating sirens and a sexy, sea captain, will be published by City Owl Press in 2022. It can now be added on Goodreads and The StoryGraph.

Natalie Webber
5.0 out of 5 stars Great Sequel!
Reviewed in the United States 🇺🇸 on January 26, 2023
Verified Purchase
I enjoyed reading Song of Lorelei! It was a bit nail biting, trying to figure out how some of the problems were going to be solved. I just looove Killian. What. A. Guy.
Read more
Helpful
Report abuse

Kathryn Troy
4.0 out of 5 stars Steam and Danger
Reviewed in the United States 🇺🇸 on January 26, 2023
It's a winning combination, really, and I don't think mermaids as threats are written about half as much as they should be in fiction. These series strikes just the right note between siren seduction and warning sirens (pun intended), and I REALLY love that this is a continuation of a story from familiar characters, rather than an episodic series. I love the ability to learn more about characters I've already enjoyed and see their characterization grow over time.
Read more
Helpful
Report abuse

JL
5.0 out of 5 stars Perfect continuation of Killian & Lorelei's romance
Reviewed in the United States 🇺🇸 on January 13, 2023
In one chapter, Killian laments that there are more poetic ways to describe his bride-to-be, but honestly? She’s hot.

And there are better ways to describe Song of Lorelei, the sequel to Called to the Deep (which I will TRY to convey how much I love the Haven Cove duology for *all* the reasons) but it is a *hot* book. At the core of the series is a romance between two loving and independent people who, after meeting in tragic circumstances in book 1 and facing the revelation of Lorelei’s predatory instincts, continue to grow closer, to celebrate each other, and support Lorelei through her understanding of her siren heritage. Lorelei and Killian are a perfect match and fun to read about. I didn’t think it could get sexier than Lorelei’s visit to Killian out at sea in the first book, but it does. Exploring Lorelei’s mermaid biology in intimate scenes is a treat.

Both novels pit the couple against outside conflicts swirling in their small town. The mercurial ex in Called to the Deep returns in full force here, and by virtue of the author's writing and characterization, it’s satisfying to watch the interpersonal conflicts play out while still feeling sympathy for well-rounded characters.

I also LOVED the focus on the museum and environmental research in Called to the Deep, so I was excited to spend more time with Lorelei and her friend/colleague Lila as the women fight to protect mermaids against corporate hubris and unethical bosses, at risk of their careers. Song of Lorelei swims even deeper (not sorry for the pun) into mermaid culture and biology, and there are some captivating underwater explorations and POVs from some of the mermaids.

Monstrosity + romance is my sweet spot. How the book handles the mermaid’s taste for human flesh and Lorelei’s compulsions shows so much care and humanity for what it means to be a monster.

Overall, I loved this conclusion. Atmospheric, exciting and sexy. P.s.: how do I move to Haven Cove?

Niccoli had me feeling all the feelings from chapter 1. I laughed. I cried. I was furious. I had so much anxiety. There was sadness and disappointment. I felt warm and cozy.

While Called to the Deep was about Lorelei discovering the changes she was going through, bringing a bit of fantasy to the real world, Song of Lorelei brought some very real doses of reality to fantasy. Lorelei may be a Siren but she was dealing with some very real human issues that I connected with deeply.

The tone of this book also felt different but in a way that felt very right with the way the story was going. It was less about discovery and more about building and growing. Watching these characters continue to develop in this world was amazing. Even Awful Carrie got her chance.

I also loved all the new characters and world building that was introduced. Nireed was amazing and so strong and building on the Siren world and lore made my heart happy. I also absolutely loved the science and technical talk. You can really tell that Niccoli put a lot of thought and research into biology of her creatures of the deep.

Also can we talk about how much more spice was in this one. *swoons*

This book made my heart happy.
Read more
One person found this helpful
Helpful
Report abuse

Cheryl W
5.0 out of 5 stars Amazing read!
Reviewed in the United States 🇺🇸 on January 29, 2023
I am absolutely in awe of this book! The way the author describes the mermaids is fantastic. I love how they blend with the human world secretly and the twist at the end is fantastic! It's a definite page turner and I read the whole book in one night! Oh, watch out though! The hot parts are definitely sizzling!.

Dani Frank
5.0 out of 5 stars Pantless Killian!!! <3
Reviewed in the United States 🇺🇸 on January 11, 2023
I don’t WANT to rank the books, but I might have loved this one even more than the first. There’s just something delicious about digger deeper into a relationship. The steam is steamier, emotions are higher, people can accurately estimate what the other is thinking. We’re competent, in love, and here to save the mermaid population!

I’m not sure what I loved most:
- The eco-horror dug deeper and we could really see the impact on both the MCs lives, the community, and the world. Corruption galore!
- The steam 👀 now that Killian had a chance to get his sea legs in this relationship, we can really dig into those mermaid tricks (that cover scene was everything and more than I hoped for)
- The MERMAIDS! I don’t want to give too much away but there might be a heist and a lot more time underwater

It’s not a stand-alone so definitely start with the first book, the whole series is worth it.
Read more
One person found this helpful
Helpful
Report abuse

Flowergurl281
5.0 out of 5 stars So good
Reviewed in the United States 🇺🇸 on January 26, 2023
So good!!! This book yas it all romance, steam, drama , intrigue, mermaids and sirens, oh my! Highly recommend!.

TripletMom
5.0 out of 5 stars Song of Lorelei
Reviewed in the United States 🇺🇸 on January 27, 2023
I loved this! What an interesting premise and twist on a mermaid’s tale. I didn’t read the first book in the series but I was able to pick this up and not miss a beat. It does make me want to go back and read the first book, though. Mention of certain things that happened in the first book intrigued me.
I would love to read more from this author. 5 stars!!
Read more
Helpful
Report abuse
See all reviews