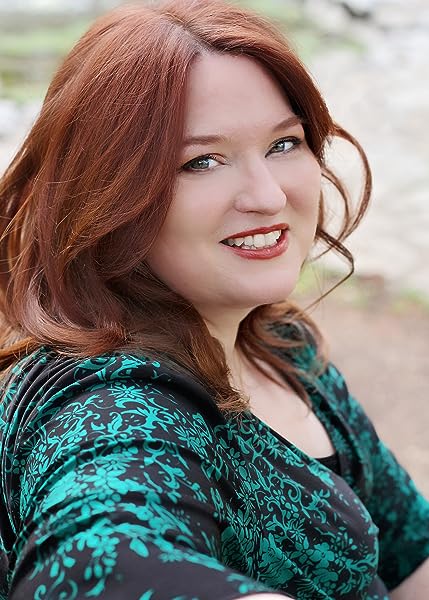 by Lynne Kelly (Author)
4.7 out of 5 stars 396 ratings
See all formats and editions Hide other formats and editions
Read more Read less
Inspire a love of reading with Prime Book Box for Kids
Discover delightful children's books with Prime Book Box, a subscription that delivers new books every 1, 2, or 3 months — new customers receive 15% off your first box. Learn more.
click to open popover

Song for a Whale

"At its luminous heart, Song for a Whale is a tale about longing for connection and finding it in the most magical and unexpected of places. Fascinating, brave and tender, this is a story like no other about a song like no other. A triumph." —Katherine Applegate, Newbery Award-winning author of The One and Only Ivan

“Song for a Whale is beautifully written and is such an important story for kids with big struggles in their lives.  I fell into Iris's world from the first chapter.  Lynne Kelly does an amazing job telling the story from Iris's perspective.” —Millicent Simmonds, actress, Wonderstruck and A Quiet Place

"A quick-moving, suspenseful plot takes her from junkyards to a cruise ship as she [Iris] gains the confidence to stand up for herself and take control of her life. Written by a sign-language interpreter, this story incorporates important elements of Deaf culture and the expansiveness and richness of ASL...this remains a satisfying, energetic read. Iris' adventures will engross readers." —Kirkus Reviews

"The strength of the book is its strong portrayal of Iris as a deaf girl in a hearing world and an intelligent 12-year-old in headlong, single-minded pursuit of her goal." —Booklist

"Subtly and poignantly drawing a parallel between the girl and whale, Kelly (Chained), who has worked as a sign language interpreter, relays Iris’s venture with credibility and urgency. This finely crafted novel affectingly illuminates issues of loneliness, belonging, and the power of communication." —Publishers Weekly

"Iris’s depth of empathy, the joy she feels working with radios, and the skillful way she navigates two different worlds of communication create an authenticity that will resonate with Deaf and hearing readers alike... An uplifting tale that’s a solid addition to most collections; especially recommended for libraries needing stronger representation of Deaf protagonists." —SLJ

Lynne Kelly has always loved reading, but while working as a special education teacher, she fell in love with children's literature all over again. She lives in Houston, Texas, and works as a sign language interpreter while writing books for kids. Her first book, Chained, was a South Asia Book Award Honor and Crystal Kite Award winner. Song for a Whale is her second novel. Find her online at http://lynnekellybooks.com/wordpress and on Twitter at @LynneKelly.

Until last summer I thought the only thing I had in common with that whale on the beach was a name.

I sat with Grandpa after collecting shells and driftwood scattered along the shore, and wildflowers from the dunes. The shells and driftwood were for Grandma, and the flowers were for the whale. Grandpa had asked how school was going, and I told him it was the same, which wasn’t good. I’d been at that school for two years and still felt like the new kid.

Grandpa patted the sand next to him. “Did you know she was probably deaf too?” he signed.

I didn’t have to ask who he meant. The whale had been buried there for eleven years, and my parents had told me enough times about what happened that day.

I shook my head. I hadn’t known that, and I didn’t know why Grandpa was changing the subject. Maybe he didn’t know what to tell me anymore about school.

The whale had beached herself the same day I was born. When she was spotted in the shallow waters of the Gulf, some people stood on the shore and watched her approach. My grandma ran into the cold February water and tried to push her away from land, as if she could make a forty-ton animal change her mind about where she wanted to go. That was really dangerous. Even though the whale was weak by then, one good whack with a tail or flipper could have knocked Grandma out. I don’t know what I would’ve done--jumped in like she did or just stood there.

“She wasn’t born deaf like we were,” Grandpa continued. “The scientists who studied her said it had just happened. Maybe she’d been swimming near an explosion from an oil rig or a bomb test.”

When Grandpa told a story, I saw it as clearly as if it were happening right there in front of me. His signing hands showed me the whale in an ocean that suddenly went quiet, swimming over there, over there, over there, trying to find the sounds again. Maybe that was why she’d been there on our Gulf of Mexico beach instead of in deep ocean waters where she belonged. Sei whales didn’t swim so close to shore. Only her, on that day.

“A whale can’t find its way through a world without sound,” Grandpa added. “The ocean is dark, and it covers most of the earth, and whales live in all of it. The sounds guide them through that, and they talk to one another across oceans.”

With the familiar sounds of the ocean gone, the whale was lost in her new silent world. A rescue group came to the beach and tried to save the whale, and they called her Iris. Grandma asked my parents to give the name to me, too, since I’d entered the world as the whale was leaving it.

After the marine biologists learned all they could from her, she was buried right there on the beach, along with the unanswered questions about what had brought her to that shore.

We lived on that coast until the summer after second grade, when my family moved to Houston for my dad’s new job. Since then, we went back just once or twice a summer. The good thing about our new home was that it was closer to my grandparents. I liked being able to spend more time with them, especially since they were both Deaf like me. But we all missed the beach, and I missed being around kids like me. My old school had just a few Deaf kids, but that was enough. We had our classes together, and we had one another.

“But it’s different for us,” Grandpa signed. “Out here, there’s more light, and all we need is our own small space to feel at home. Sometimes it takes time to figure things out. But you’ll do it. You’ll find your way.”

I wish I’d asked him then how long that would take.