Sons of Ellyrion (Elves Book 2) and millions of other books are available for Amazon Kindle. Learn more
Share 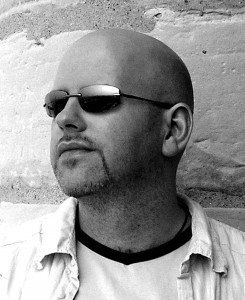 by Graham McNeill (Author)
4.3 out of 5 stars 19 ratings
Book 2 of 3: Elves
See all formats and editions
Sorry, there was a problem loading this page. Try again.
Read more Read less
Previous page
Next page

Page 1 of 1 Start overPage 1 of 1
Previous page
Next page
Start reading Sons of Ellyrion (Elves Book 2) on your Kindle in under a minute.

4.3 out of 5 stars
4.3 out of 5
19 global ratings
How are ratings calculated?
To calculate the overall star rating and percentage breakdown by star, we don’t use a simple average. Instead, our system considers things like how recent a review is and if the reviewer bought the item on Amazon. It also analyzes reviews to verify trustworthiness.

Shawn Bain
3.0 out of 5 stars Great Book With Descript Scenes
Reviewed in the United States on March 26, 2015
Verified Purchase
If you like descriptive books with lots of action (and you are able to look past the darkness of the druchii and their allies), you will likely enjoy The High Elf Duology. Shallow characters are offset well by beautiful scenery, exciting battles, and strong world-building.

3.0 out of 5 stars Great Book With Descript Scenes
By Shawn Bain on March 26, 2015
If you like descriptive books with lots of action (and you are able to look past the darkness of the druchii and their allies), you will likely enjoy The High Elf Duology. Shallow characters are offset well by beautiful scenery, exciting battles, and strong world-building.

Donna
2.0 out of 5 stars Slow read
Reviewed in the United States on February 1, 2012
Verified Purchase
I was disappointed with the novel I thought it would be alot better than it was. First of all it was a very slow read and there wasn't alot of action and when it was it just seemed forced it didn't flow...this author is one of my favorite in the warhammer novels but he missed the mark with this one. My advise skip this one!!!
Read more
Helpful
Report abuse

Thee Amazing RandO
5.0 out of 5 stars Loved it
Reviewed in the United States on January 17, 2015
Verified Purchase
I loved it, I couldn't stop reading this book. Huge fan of this series. I am very happy with this purchase, thank you Thee Amazing RandO.
Read more
Helpful
Report abuse

Detra Fitch
5.0 out of 5 stars High Elf #2
Reviewed in the United States on September 18, 2011
Our story picks up where Defenders of Ulthuan left off. Years ago Eldain, Lord of the Éadaoin family, had left his brother, Caelir, to die at the hands of the druchii so that he could wed Rhianna. Now they know that Caelir is alive. While Caelir had been a prison, the Hag Sorceress Morathi used her dark powers to shape him into a living weapon. Though Caelir had no knowledge of the dormant traps within him, he still bears the guilt of having done much harm to Lord Teclis, Alarielle the Everqueen, and others. Now Eldain and Caelir yearn to make things right somehow.

Lord Malekith, the Witch King of Naggaroth, leads his warrior host against the elven defenders of Lothern. At the same time, his mother, Morathi, marches on Ellyrion at the head of an army of dark elves. Ulthuan's greatest defenders stand against the approaching evil. However, the powerful traps, detonated from within Caelir, has crippled the defenders, giving the Witch King and the Hag Sorceress a huge advantage. Malekith seeks to rule all, but Morathi seeks even more. She wants revenge for a defeat from five millennia past.

The fate of Ulthuan rests on the shoulders of Eldain and Caelir who must obtain forgiveness and the chance to defend their homeland. The noble warriors of the high elves must overcome their dark kin, or else face the complete extinction of their race. And as both sides clash, in the far distance, the ancient dragons still sleep and a powerful group of mages (that have kept a magical vortex going) continue to chant.

***** FIVE STARS! This title concludes the story that began in the book titled "Defenders of Ulthuan". The first title had originally been released in (or around) 2008. It is to be released again so that readers may purchase both titles simultaneously and read them back-to-back. This is exactly what I urge you to do, because the first book ends with a major cliffhanger.

As with the previous story, this one has a cast of many. Yet the author's writing style - somehow - breaks up the characters, groups, and events in such a way that I never began to feel overwhelmed. Graham McNeill describes the divided factions so well that I could almost feel the taint surrounding Malekith and Morathi. Whenever the Everqueen appeared, I could almost see the flowers blooming in her footsteps. To me, the story was vivid, clear, and enticing. Very well done! *****

Shayne
3.0 out of 5 stars Compelling story... until the ending ruined all the good work.
Reviewed in the United States on March 23, 2013
I really enjoyed 'Defenders of Ulthuan', the first novel in this two-parter. As you'd expect from a sequel by the same author, Graham McNiell mimics the style he established in the preceding novel. Hence, most of my praise for 'Defenders of Ulthuan' carries over to 'Sons of Ellyrion'; vivd descriptions, emotive language, intriguing plot.

A lot is left to be answered with the cliffhanger "conclusion" (I deliberately use that term to invoke a little irony) to 'Defenders of Ulthuan'. It all gets answered, but I felt nothing was as shocking as I expected. Sure, most of the revelations in the fist novel were predictable, but I think they were more interesting that the answers given here.

The majority of the positive aspect of the plot come when I view both novels as a whole story, which they are. The homeland of the Elves is explored in enough depths that you get a feel for the varying landscapes and, to a lesser degree, the varying cultures. The characters are well developed and I feel the major ones have unique personalities. I like meeting the villains and getting to know them a little. The descriptions of battle are solid.

The big let down is the ending. There is a Latin term, Deus Ex Machina, that translates to "god from the machine". It is a literary term used to describe when a seemingly unsolvable problem is suddenly and abruptly resolved, with the contrived and unexpected intervention of some new event, character, ability, or object (I stole that explanation from the Deus Ex Machina entry in Wikipedia). It's a bit of a cop out. McNiell does exactly that in 'Sons of Ellyrion'. It's probably worse because two whole novels worth of investing in characters and situations comes down to a "by the way, it's all suddenly solved by..." type of ending. I should have known. The battles were still being fought when the pages left to read were getting very light on. It almost amounts to what I like to call an "Adam Sandler ending", because in all his films everything it happily resolved in the end. Bad guys are punished and good guys are rewarded. This wasn't exactly the case in 'Sons of Ellyrion', but I would have liked to see more costly sacrifices.

Another minor gripe is the lack of time spent with the famous characters. They feel like supporting characters, which they are, but I enjoyed their scenes and wanted more of them.

Overall, the experience was pleasant, soured only by the terrible ending.
Read more
One person found this helpful
Helpful
Report abuse
See all reviews

oldskoolafc
5.0 out of 5 stars good read
Reviewed in the United Kingdom on December 28, 2011
Verified Purchase
excellant follow up to "defenders of ulthuan"well worth reading as the action is none stop .My only complaint is that i wish the elves were a bit "etherael"in otherwords a bit more supernatural as opposed to being almost human, apart from that top notch .
Read more
Report abuse

I
5.0 out of 5 stars fine book
Reviewed in Spain on January 9, 2013
Verified Purchase
I liked it. It reflect with beautiful words the elven world of gw, I recommend it if you want to have a nice time reading.
Read more
One person found this helpful
Report abuse
See all reviews
Back to top
Get to Know Us
Make Money with Us
Amazon Payment Products
Let Us Help You
EnglishChoose a language for shopping. United StatesChoose a country/region for shopping.
© 1996-2021, Amazon.com, Inc. or its affiliates