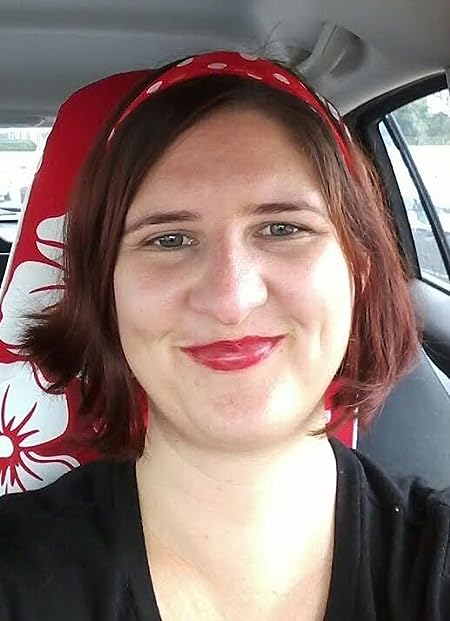 Sophia Beaumont was born and raised in Ohio, where she dreamed of living anyplace but.

Surrounded by books from an early age, her first love was historical fiction, but she also has a passion for urban fantasy. Her debut ya novel, THE SPIDER’S WEB, was originally published by Torquere Press in 2016.

After the closure of Torquere at the end of 2016, Sophia turned to self publishing. The Evie Cappelli series (THE SPIDER’S WEB, THE FERRYMEN, and MOREAU HOUSE) was completed in 2018 and her fourth novel, a YA adventure, ALL FOR ONE was the #ShoreIndie 2017 runner up.

Sophia is also an avid knitter and enjoys designing knitting and crochet patterns. In her spare time she enjoys sewing, binge watching historical mysteries on Netflix, and dressing up in historical costumes–sometimes for fun, and sometimes to educate. She is a living history volunteer and specializes in the history of women’s rights in late 1800s America and a staff presenter at Steampunk Symposium in Cincinnati, OH.

In addition to rural Ohio, she has also lived in Florence, Italy and Montreal, Quebec, where she hopes to one day return. Presently, she lives and works in Columbus with her partner in crime, Missouri Dalton (aka Ash K. Alexander), and her number one assistant, Hermes the cat, who thinks he is a FANTASTIC editor, but can frequently be found napping on the job.

In addition to writing YA novels, she also writes historical fiction and Gothic horror under the name Sine Peril. 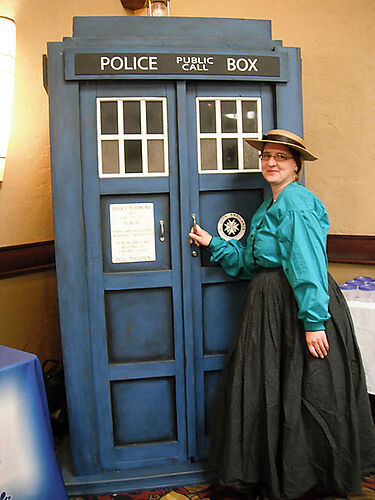 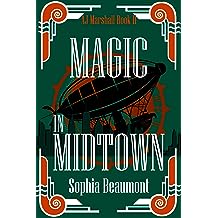 Magic in Midtown: Book 2 in the AJ Marshall Series Jul 5, 2022
by Sophia Beaumont
$4.99
AJ Marshall made a deal: a front page news story, delivered to her boss in a week. Except now AJ and her rival/fair-weather friend Jasper have been kidnapped and are on their way to New York, and their only hope of rescue is a crew of airship pirates.

The good news: they've found the residents of Underground Chicago that have gone missing, and where all the ghosts have gone.

The bad news: They're all on Blackwell's Island in the middle of the East River, and for legally blind, asthmatic AJ, things couldn't get much worse. She'd relying on old friends and new allies to help her escape. But can they do it before the Order of the Golden Rhinocerous kills them all to hide the evidence?
Read more 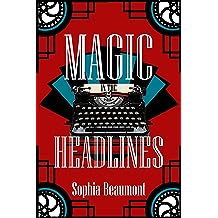 Magic in the Headlines (AJ Marshall Book 1) May 15, 2021
by Sophia Beaumont
( 1 )
$2.99
Aurora Jane "AJ" Marshall has wanted to be a reporter from the day she first sat on her father's lap reading the headlines. The 1920s are supposed to be all about freedom, and women are flaunting their independence as voting flappers who drive cars and smoke cigarettes. Well, AJ can't smoke because of her asthma, and her best friend Oliver keeps telling her not to drive because of her bad vision. But what does he know? He's a ghost!
When an airship crashes just outside of Chicago, AJ knows her chance for a big byline is at hand. Could it be pirates? Mobsters? Or is it the mysterious Ghost Ship, linked to missing people and ghosts all over the city? There's only one way to find out. AJ Marshall is on the case.
She just has to convince her old classmate and rival, Jasper, to give up his claim to the story. But Jasper has a lead of his own, and it might be more beneficial if they help each other...or will it?
Read more 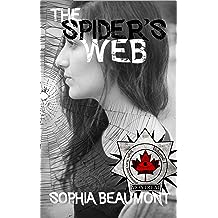 The Spider's Web (Evie Cappelli Book 1) Jan 23, 2017
by Sophia Beaumont
( 2 )
$3.99
After being released from a Toronto psych ward, Evie decides that her life needs a drastic change. Moving 500 kilometers east to stay with her aunt in Montreal, however, is not turning out as expected. Though she loves the city, she can’t outrun the problems that drove her to the edge in the first place.

Recovery might be a little easier if not for Micha. Handsome, kind, always willing to help Evie or cheer her on--and completely invisible to everyone else. He seems to think he’s some kind of guardian angel, and she might need one now that things have gone from bad to just plain weird.

It started with the spiders. Then the owls started following her. Ghosts, goddesses, and secret societies are just the icing on the cake. She’s going to need help from some very powerful friends if she wants to make it to her next birthday, but when one of those friends is the goddess of the underworld, her guardian angel might have to start working overtime.
Read more
Other Formats: Paperback 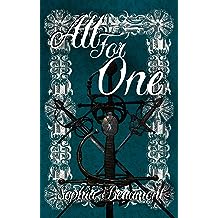 All For One: A gender-bent take on The Three Musketeers Jun 18, 2018
by Sophia Beaumont
( 3 )
$3.99
In 1862, the Republic of Quebec has a constitutional monarchy, established ninety years before by Marie Antoinette, who fled France’s revolution. Under the influence of its matriarchal leaders, Quebec is the first country to grant equal rights to all citizens, regardless of gender.

Louise Drapeau is willing and eager to take advantage of these rights as she travels from her small town to the capital to join the most elite fighting force in the country, the all-female Queen’s Guard, also known as the Musketeers. She’s barely in the city twenty-four hours, however, when she uncovers a plot to kill the queen, headed by Quebec’s First Minister, Cardinal Lefebvre.

With the help of her three new friends—Portia, Athena, and Arabella—Louise must unravel the increasingly complex politics of the palace in order to not only save the queen but to keep neutral Quebec out of the Civil War raging just a few hundred miles south in the United States.

Surely this will be enough to get her into the Musketeers—if she can survive. 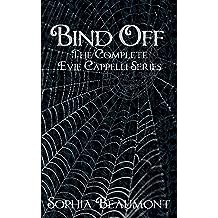 Bind Off: The Evie Cappelli Collection (The Evie Cappelli Series Book 0) Apr 30, 2019
by Sophia Beaumont
$9.99
Newly revised, the Bind Off edition of the Evie Cappelli series combines all three novels (The Spider's Web, The Ferrymen, Moreau House), the prequel novella (In Defense of Mushrooms), three short stories, and four knitting patterns all in a single volume.

Follow Evie's journey of recovery as she regains her mental health following a failed suicide attempt, rebuilding and forming new connections that could save her life--even as she has to find a way to save everyone else from ghosts, angry goddesses, and homicidal cults.
Read more
Other Formats: Paperback 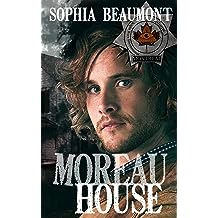 Unfortunately, her boyfriend Micha definitely is, and so Evie gets dragged along for a weekend of ghost hunting with her cousin, his boyfriend, and three of their friends.

A trained Night Patrol officer and one of Hekate’s ferrymen, Evie assumes she’ll have more trouble from the living than the dead on this trip, but the eerie farm house quickly exceeds expectations with mysterious noises, disembodied voices, and objects that move on their own.

But when one of their number vanishes in the middle of the investigation, the danger becomes palpable, and it’s up to Evie and Micha ensure they make it through the night. 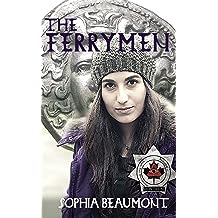 The Ferrymen (Evie Cappelli Book 2) Sep 5, 2017
by Sophia Beaumont
( 1 )
$3.99
Nearly a year after her failed suicide attempt, Evie Cappelli is still seeing ghosts.
That’s okay, though. It’s landed her a high paying—but not glamorous—job in supernatural law enforcement with the Montreal Night Patrol, and Micha (the ghost of her fiancée in a former life) as well as her living, breathing friends are helping her get her mental health back on track. She’s even got temporary protection from the cult of Athena, who want her dead.
But when Micha suddenly becomes unstable, Evie will have to cross international borders and steal 2 priceless artifacts if she wants to keep him on this plane. That might be tricky when the Chicago Night Shift gets involved. She’ll need approval from Ian Mulhaney to cast such a powerful, dangerous spell, but with a serial killer, zombies, and a questionable group of psychics and necromancers roaming Chicago, Evie and Micha are at the bottom of his list of problems.
Time is running out, and Hekate’s protection is wearing off fast. Can Evie keep Micha—and herself—together long enough?
Read more
Other Formats: Paperback 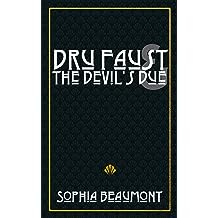 Dru Faust and the Devil's Due Apr 14, 2020
by Sophia Beaumont
( 1 )
$1.99
Columbus, Ohio in 1922 is supposed to be a dry city, but most people still know where to go to find booze. Sixteen-year-old Dru Faust isn't looking for a drink though; she just wants to dance. But when a new moonshine hits the market and starts sending people to the hospital--including one of her best friends--she will do anything to track down the people responsible.
Read more 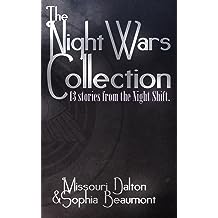