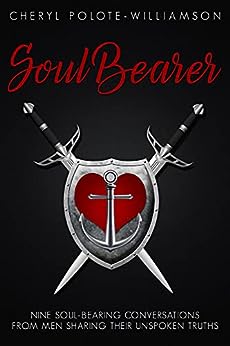 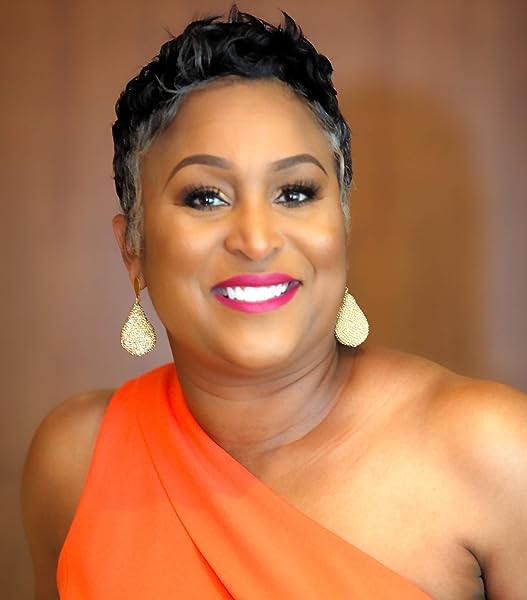 by Cheryl Polote-Williamson (Author) Format: Kindle Edition
See all formats and editions
Sorry, there was a problem loading this page. Try again.

In yet another bold anthology, bestselling author and compiler Cheryl Polote-Williamson brings us the Godly and redemptive testimonies of nine men who, having overcome their own trials, now share their valuable lessons with you. These pages offer a rarity that is often neglected by society: A safe and welcoming space where men can openly express their emotions, share their fears and failures, and join hands with other men in celebrating God’s purpose for them, all without judgment or ridicule. Topics here are varied and relatable, discussing experiences that are both common and rare, from sports careers and military life to family and health.

Soul Bearer, being not only a book of personal essays but one of encouragement and faith, invites men everywhere to hide their pain or concerns no longer and to allow others to grow from their journeys. Furthermore, it asks all readers to lend your ear to those who speak, to always listen, embrace, and honor every story, no matter whom they may be from.

Nationally acclaimed best-selling author, award-winning filmmaker, and producer, transformational speaker, and success coach Cheryl Polote-Williamson is a global leader who has successfully ushered 435 men and women into co-authorship. Williamson is the CEO and Founder of Williamson Media Group, LLC, and Cheryl Polote Williamson, LLC, where her knowledge, expertise, and resources connect others to their purpose. She has received multiple national and international media features and mentions, and several awards for her leadership capabilities to include: selection as one of Dallas Top 25 women and the honor as one of the Female Success Factor Award recipients for 2016, the 2017 and 2018 Indie Author Literary Trailblazer Award, Global Smashers Award, Who’s Who in Black Dallas Publishing, and Indie Author Legacy Award in 2017 and 2018, Who’s Who in Black Dallas Publishing in 2017, and a 2018 African-American Literary Award. Williamson is a highly sought-after speaker, influencer, and business leader who is also Founder and CEO of Soul Reborn, a 501(c)(3) non-profit charitable organization for under-served women, baring the name and spirit of her multi-layered Soul Series. A member of the Forbes Coaches Council, Odyssey Media Group, and Christian Women in Media, Williamson tours nationally, motivating varied audiences to release negative strongholds, walk in power, and thrive in purpose.

Williamson has been a featured author at the 108th NAACP National Convention and the Congressional Black Caucus. She has published multiple best selling titles such as, Soul Reborn, Words from the Spirit for the Spirit, Safe House, Affirmed, Soul Talk Vol 1 and 2, Soul Bearer, Soul Source, The Success Factor, Souled Out, Soul to Soul, Soulful Prayers Vol 1 and 2, and with Soulful Affirmations releasing in 2021.

4.7 out of 5 stars
4.7 out of 5
7 global ratings
How are ratings calculated?
To calculate the overall star rating and percentage breakdown by star, we don’t use a simple average. Instead, our system considers things like how recent a review is and if the reviewer bought the item on Amazon. It also analyzes reviews to verify trustworthiness.

Be The Unique “YOU” LLC
5.0 out of 5 stars AN AWESOME ANTHOLOGY
Reviewed in the United States on May 25, 2017
Verified Purchase
This Book is indeed a Blessing. Cheryl Polote-Williamson has done it once again. How many can truly say they have an Anthology with ONLY MEN!! Not many if any at all. Men are typically known for working with their hands & securing their lives privately but these 9 men changed the ordinary by taking a leap of faith by sharing to help other men. Our life experiences are meant to bless another not only for ourselves. Please support by purchasing this book to allow each man's story to help & bless You. I promise You won't regret it.
Read more
One person found this helpful
Helpful
Report abuse

shonna smith
5.0 out of 5 stars Five Stars
Reviewed in the United States on May 25, 2017
Verified Purchase
💜
Read more
One person found this helpful
Helpful
Report abuse

Alex
5.0 out of 5 stars Men Bare Their Souls
Reviewed in the United States on June 30, 2017
What an awesome read. Hearing about trials and tribulations from a man's perspective is heart warming. I loved it. A must read for the men in your life
Read more
Helpful
Report abuse
See all reviews
Back to top
Get to Know Us
Make Money with Us
Amazon Payment Products
Let Us Help You
EnglishChoose a language for shopping. United StatesChoose a country/region for shopping.
© 1996-2022, Amazon.com, Inc. or its affiliates