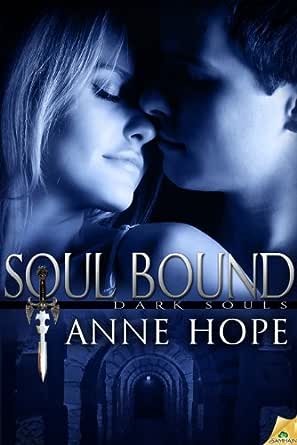 This title is not currently available for purchase
You've subscribed to Dark Souls! We will preorder your items within 24 hours of when they become available. When new books are released, we'll charge your default payment method for the lowest price available during the pre-order period.
Update your device or payment method, cancel individual pre-orders or your subscription at
Your Memberships & Subscriptions
There was an error. We were unable to process your subscription due to an error. Please refresh and try again.
Share <Embed> 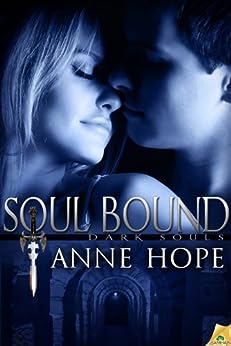 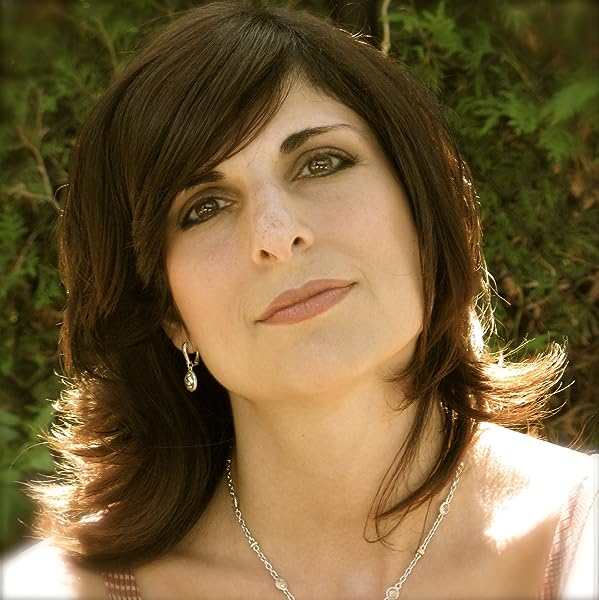 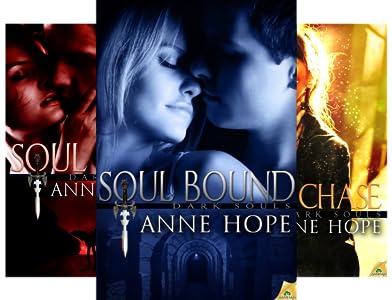 "Withthe first book in her Dark Souls series, Hope gives readers a page-turning lovestory about two lost souls. Her worldbuilding is on par with Sherrilyn Kenyon,and she tortures her characters just as much! The secondary characters, withtheir own superpowers and faults, add to the fun. Can't wait for book two!"

Jace wakes in a hospital room with an alleged stab wound, no memory of his past, and a big hole where his soul used to be. Worst of all, everyone is surrounded by a strange white aura he hungers to possess, none more compelling than Dr. Lia Benson’s.

Lia never put stock in destiny until Jace dies in her arms, then miraculously comes back to life. Whenever he’s near, her soul responds and her body burns. And she’s consumed by odd dreams she’s convinced are Jace’s lost memories. Except Jace is no longer human. He’s something destined to kill.
--This text refers to the paperback edition.

Anne Hope is the author of emotionally intense romances with a twist—a twist of humor, a twist of suspense, a twist of magic. She lives in Canada with her husband, her two kids, a lazy cat and a rambunctious Australian Kelpie. To learn more about Anne Hope, visit her website at www.annehope.com.
--This text refers to the paperback edition.
Read more

Contessa Clara
5.0 out of 5 stars Great read!!
Reviewed in the United States on November 3, 2018
Verified Purchase
This story was seriously captivating to me. I really enjoyed it and would definitely recommend it. It's different and a little scary. What if even a small part of it could be a reality somewhere?
Read more
Helpful
Comment Report abuse

Nicole
5.0 out of 5 stars awesome read
Reviewed in the United States on January 29, 2015
Verified Purchase
Love that there was a well built up plot. And the twist at the end was sweet. The one drawback was the detailed description. Even though it slowed the book down, I thought it was still a plus if the book because it drew you into the overall story and not just the individual characters.
Read more
Helpful
Comment Report abuse

Rekha
4.0 out of 5 stars Fallen angels and souls collide
Reviewed in the United States on October 9, 2014
Does the Book of Enoch fascinate you?

What if legends became reality and the Nephilim and their descendants continued to roam undetected on Earth?
Soul Bound by Anne Hope is an urban fantasy about those giants who survived and multiplied over the centuries, while protecting and corrupting humans in equal measure.

A fantasy romance of this sort won't be complete without the forbidden fruits - the humans and their souls - playing their part. For Lia Benson MD, the fateful day at the Oregon hospital seems to stretch on forever until Jace Cutler is brought in with a deadly stab wound. The doctor's despair turns into an unexplainable sense of relief and pleasure when he is miraculously revived shortly after dying on the ER table.

Jace, her sister Cassie's ex-boyfriend, wakes up but without a memory. Poor Lia's nightmares don't end there. Strange happenings at the hospital and Jace's sudden departure leave her baffled and saddened. Jace has changed; physically stronger with special abilities, an increased longing for darkness and an unquenchable need for Lia. A strange connection is forged with Jace which brings the two closer, but also brings dark, soulless and truly evil creatures closer still.

Even as they struggle to accept the new realities, trouble is brewing with humanity's future at stake. The immortals they meet are both good and evil. Trusting the wrong ones could sound the death knell for them. Should they fight with the Watchers - the half-humans or Hybrids like Jace who defend humans from both rogue hybrids and evil descendants of the Nephilim - the Kleptopsychs? Is there a price to pay? Will the soul mates be torn apart forever?

While the romance elements can scorch your screens (falling into the spicy category), the action sequences are equally absorbing. The narration moves at a fluid pace and the back story is artfully weaved into it. The side stories are well developed and the author gives you an insight into the minds of the humans, the Nephilim and Hybrids alike. Jace and Lia are interesting characters in their own right.

If fallen angels and their spawn of destruction fascinate you, this fictional tale is right up your alley.

Tonya Gauthier-Kellum
4.0 out of 5 stars Paranormal At Its Best
Reviewed in the United States on February 26, 2013
The blurb about the book catches your attention but the characters and the story line really keeps you in the book. I have not wanted to put this book down since I got it. I fell in love with Jace and Lia almost from the start. Jace is brought into Lia's world after being stabbed and he dies on her table in the ER and mysteriously he comes back to life. Everyone thinks she is crazy because when they look at him nothing is wrong he is the picture of perfectness (is that a word lol) what Lia doesn't know is there are dark forces working to make everyone around her forget, everyone that is but her, but that is because she is special, she doesn't know that either, not yet but she soon does.

Jace and Lia are drawn to each other, they don't know why as everything else around them crumbles and falls apart what they have continues to grow stronger and try as Jace might to break that bond the pull is to strong and he finally gives in cementing what was written long ago. Their destiny's, there is something they are both meant to fulfill and no matter what it will play out how depends on them but either way what was written long ago will come to be.

Battle between good and evil is within just about every page of the book, Jace is a hybrid born of a human and a nephalim but he is not like the others, he is different, his soul and that of Lia's are stronger and united they are just about unbreakable, or are they.

I like how the book takes you through Jace's death and transformation into this hybrid that he is, a supposed soulless creature that feeds off the souls of others if he chooses and the battle he goes through every day to contain that evil side of him. How at first he struggles to understand what he is and what he has become. And how Lia is in a way thrown into his world not knowing that there is something about her that draws her to Jace and Jace to her. This pull, this cord that keeps them together also tears apart her own real world and as she battles to understand and to accept she faces great loss.

There are some great side story lines in here in regards to Jace's life growing up, his father, his mother and Lia and her sister Cassie. As well as the life of the "Watchers" and what their purpose is on earth. Who they are and why they are there. And then of course there is always the bad guy the evil immortal Athanatos and his first born son Kyros and the female who always wants to be at the right hand of the bad guy Diane (or Diahnn as Athanatos calls her) she is a nasty one I tell you.

This was a great story from start to finish and it ends with the possibility of another book to follow (I personally hope there is another one) if you like YA Paranormal Romance then you need to hurry and get your copy of Soul Bound: Dark Soul
Read more
7 people found this helpful
Helpful
Comment Report abuse

Crystal Willett
4.0 out of 5 stars If you really enjoy the genre of paranormal romance than this book will ...
Reviewed in the United States on November 11, 2014
Soul Bound, is the first book in Anne Hope’s Dark Souls series. If you really enjoy the genre of paranormal romance than this book will absolutely deliver. Within the first few pages the reader is thrust into this dark world filled with supernatural beings and abilities and at first it is a bit overwhelming, but I honestly liked that in some ways because I imagine the main character Lia, a physician, felt the same way when Jace came into her life. Anne Hope’s use of description definitely sets up the world in which this series takes place. The supporting characters have distinct and unique personalities, abilities, and flaws all their own, giving a level of complexity and depth many other works of the genre lack. If perhaps you are looking to find your first foray into the paranormal romance genre, I would recommend finding a novel with less emphasis on the intense emotional nature of the “romance” between the main characters. Overall, I found this to be an enjoyable read even though I only rarely venture into this particular genre.
Read more
Helpful
Comment Report abuse
See all reviews

Relationship Doctor (Book reviews)
3.0 out of 5 stars Ok
Reviewed in Australia on January 21, 2015
Verified Purchase
I found this book ok, certainly well written, but in two minds about it. The romantic connection wasn't there for me, there was no steam if you're into this, and i got side tracked with all the worlds, hybrids etc... As I said, not a bad read, but this was more of a fiction book than a romance one.
Read more
One person found this helpful
Report abuse
See all reviews