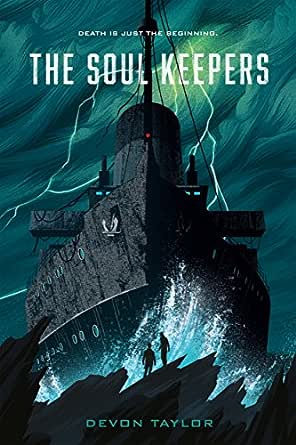 You've subscribed to The Soul Keepers! We will preorder your items within 24 hours of when they become available. When new books are released, we'll charge your default payment method for the lowest price available during the pre-order period.
Update your device or payment method, cancel individual pre-orders or your subscription at
Your Memberships & Subscriptions 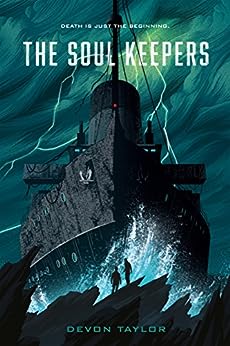 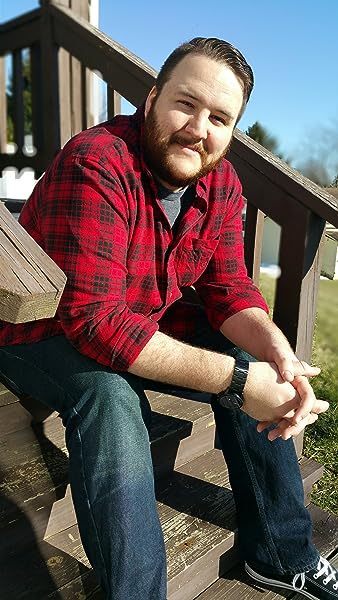 An Amazon Book with Buzz: "The Second Home" by Christina Clancy
"A sure-footed ode to the strength of family, the depth of loss, and the power of forgiveness." - J. Ryan Stradal Learn more
click to open popover
Books In This Series (2 Books)
Complete Series 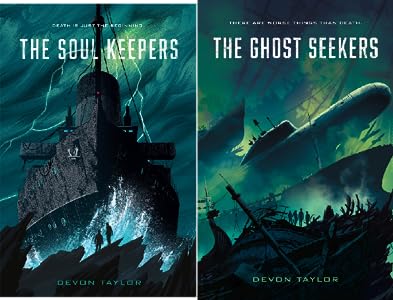 Praise for The Soul Keepers:

"A fantastic high-stakes adventure on a ghost ship sailing forever into eternity, where every soul is (literally) worth fighting for―what's not to love? Devon Taylor weaves an endearing tale of friendship and loss with heart-stopping action and a whole lot of terrifying monsters. You'll root for Rhett and his fellow reapers through every twist and turn!" ―Rin Chupeco, author of The Bone Witch and The Girl from the Well

"I was on the edge of my seat straight through Soul Keepers! The universe just sucks you in and refuses to spit you back out. I can honestly say there's nothing else quite like it out there. I loved this book and I can't wait to read it again!!!" ―Lillian, reader on SwoonReads.com

“I was hooked from the beginning.” ―Chloe, reader on SwoonReads.com

“Definitely different from anything I’ve ever read before, and I’ve read a lot of books.” ―Rachel Carrington, reader on SwoonReads.com

“It’s so good! I don’t want to stop reading!” ―MorMat, reader on SwoonReads.com

Devon Taylor was born in Las Vegas, Nevada, and currently lives in Pennsylvania with his wife and two daughters. His day job consists of sneaking around the house with ninja-like stealth to avoid waking up his kids. When not writing, reading, or tediously typing out text messages with all the correct spelling and punctuation, he spends his time with his family. The Soul Keepers is his first novel.

4.3 out of 5 stars
4.3 out of 5
12 customer ratings
How does Amazon calculate star ratings?
Amazon calculates a product’s star ratings based on a machine learned model instead of a raw data average. The model takes into account factors including the age of a rating, whether the ratings are from verified purchasers, and factors that establish reviewer trustworthiness.
Top Reviews

Leah Smith
5.0 out of 5 stars Fast Paced Paranormal YA
Reviewed in the United States on June 8, 2019
Verified Purchase
If you're looking for a paranormal read, this is it!

The Soul Keepers starts out with the violent death of Rhett in a car accident. But when he dies, it isn't the end. He is greeted by a young man who takes him back to a boat they call the Harbinger where Rhett finds out that he is now a Syllektor--"spirits" who aid in the collection of souls after they have died. This select group must track down the souls before they are eaten by psychons who feed on their energy. When a demon named Urcena discovers that Rhett is a "twice-born son," she realizes that he is more powerful than he knows. She wants what Rhett has and will stop at nothing to get that power for herself.

This book has a lot of interesting characters among Rhett's group of fellow Syllektors. They bond together over their shared experience of collecting souls. And I love how these books treat death and the afterlife....When Rhett first joins the team, he reflects on his thoughts about being a syllektor.

"There was death everywhere, all the time ,and Rhett was never more aware of it than when he was right in front of it, collecting the lives that had been. Death ran rampant, like a ferocious animal, slaughtering, destroying. And he began to realize that the syllektors were not Death itself, but messengers of Death. They were the unseen deliverers of that final peace, that tranquility where acceptance is the only option. Because to fight it is to fight the unstoppable force of nature."

"He collected those souls, and in them he felt more life than he ever thought possible, more warmth and purpose and love. There was death, sure, but it never felt as strong as the life that made up the souls that Rhett brought back to the Harbinger. IN some backward way, he felt like he was actually saving lives instead of waiting around for them to end. And there was peace in the idea that he might exist that way forever."

The Soul Keepers ends with a pretty intense cliffhanger but lucky for you, the second book in the duology is set to be out on August 27th!

Diane M. Smith
5.0 out of 5 stars VERY GOOD BOOK
Reviewed in the United States on September 27, 2018
Verified Purchase
Brought this book for my granddaughter, but read it first {great book}. Devon Young can really write a very good story. could not put book down till I read it all. Can't wait till 2nd book.
Read more
One person found this helpful
Helpful
Comment Report abuse

Jasmine J
4.0 out of 5 stars Fantastic debut!
Reviewed in the United States on September 25, 2018
The Soul Keepers is one of those stories that grabs you right from the very beginning, and it doesn't let go until the very end, which will leave you gasping and eager for more.

First things first... I LOVE this cover. It's super cool, and it made me want to read this book immediately. Also, the synopsis sounded awesome, so I was like, yes. Let's read this book.

We have Rhett, our main character. He's a teenage boy who dies in a horrible car accident, and the next thing he knows, he's being whisked away to a huge, hulking ship (known as The Harbinger) by a British guy named Basil. Said ship is where souls are kept; some souls are tucked away, and some (like Basil) become Soul Keepers, if you will. But there's something more to Rhett than him joining the ranks of Keepers. I won't spoil what that is, though. You'll have to read it to find out. ;)

There are also these evil creatures known as Psychons, and they'll stop at nothing to destroy a Keeper and take the souls for themselves. They're like demonic Grim Reapers in a way. Skulls and cloaks and all that jazz.

Now, I won't spoil any of the plot, but just know this book is ridiculously good. Like, edge of your seat roller coaster thrill ride that will leave your heart pounding and your head spinning good. I can't say I was disappointed by that. Definitely a good thing.

As for the characters, I really liked Basil. I thought he was cheeky and fun. Rhett was a likeable enough guy, although he did have his moments. I mean, he is a teenage boy. I also liked Theo...and the rest of the gang. But I think Basil was my favorite.

Overall, I think The Soul Keepers is a really strong debut novel, and I'm so happy I took a chance and decided to read it. It's a fantastic, imaginative story, and now I need more! I can't wait to see if there will be a sequel. Fingers crossed!

Barbara Hunt
4.0 out of 5 stars Pirates and Ghosts Oh My!
Reviewed in the United States on June 6, 2019
The plot was very interesting and it was like ghosts meet pirates. As far as opening books go this was a very good introduction to an interesting series. The plot was really good and fast paced and the characters interesting and different. And because this book talks alot about death the majority of the time some people may have a hard time reading this.

I definetly recommend that people check out this book. The concept of the story was fresh and something I can say with 100% honesty say I have never read before. I was pretty skeptical of this book as I've never really read a pirate book before but I was pleasantly surprised how much of a Great Library vibe this gave me.

Each character was different in their own way. Mak was very prickly yet sensitive if you got past her guard reminding me of Spinelli from Recess. Rhett was the new guy who hadn't yet accepted or understood his death, and Basil was a cool but cocky and loyal British guy who followed orders. Each character in the book fit into a small puzzle, and that's usually who they worked with.

The plot for this book was very intense. Sometimes it could be a bit on the morbid side as Rhett and the readers had to picture how someone would die. It's definitely a darker toned tale with some satire to get rid of the gloomy atmosphere. My personal favorite part of this book was the training sessions Rhett went through. It's also nice because there is a bit of romance in this book between two characters I didn't even think liked each other. But I digress this book was very interesting, and for people who don't mind reading darker toned tales I definitely recommend it.
Read more
Helpful
Comment Report abuse
See all reviews from the United States