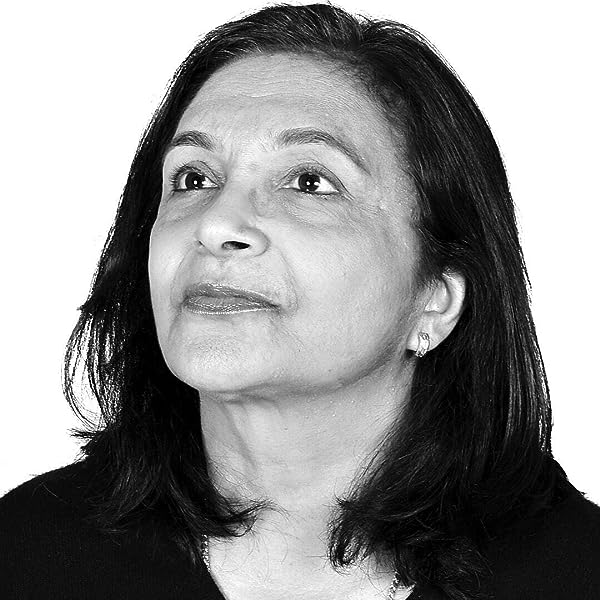 by Anita Bacha (Author)
5.0 out of 5 stars 3 ratings
See all formats and editions
Sorry, there was a problem loading this page. Try again.

Soul Poetry is a collection of the most fantastic and mind blowing inspirational poems, verses and quotes. Laced with a tinge of humour, Soul Poetry is a gold mine not only for the seeker of spiritual love, magic, solace and enlightenment but also for the general reader in search of beauty, fantasy, entertainment, reflexion and relaxation. This book is an exploration and a discovery of the Self. The spiritual approach of the author to the elements of nature, the absorbing aspects of life, love, happiness, joy, pain, suffering, relationships, reunions, breakups and death gives a special mythical cliché to the distinctive poems, verses and quotes. Written for the passionate reader in mind, the author travels with him along a journey of enchanting dreams, beauty and wonder, bringing at times tears to his eyes and at others a smile on his face. Soul Poetry brings the writer and the reader together as One Soul in an élan of luscious sharing. *** Reading through it one cannot escape the devotional thread which runs through it, throughout. . .I look forward to reading more of her works. Sir Hamid Moollan, Qc Gosk *** A Soul's divine union with the Beloved, a complete and delightful assuaging of the heart's calling; the perfect emotional fulfilment of all lyrical urges, engaging mind, body and soul. You cannot possibly feel alone upon opening this profoundly heart moving book. Bert Brunet, multi awardwinning author ***
Read more
Previous page
Next page

Anita Bacha is a published writer and poet.

She is a barrister at law by profession and an expert in intercountry adoption. Now a retired senior magistrate, she devotes her time to writing short stories for children, the poetry of all genres, and haiku poems.

She was born in an upper-middle-class Hindu family in Mauritius. She traveled a lot when she was a child and later she chose to reside in England where she spent memorable and fruitful years. Though she has a soft spot for the English Language, she also writes in French and in 2019 she published the first edition of her illustrated children book 'Wakashio' in French.

Anita Bacha, alongside a blooming career as a lawyer, has since early childhood cherished a penchant for spirituality.

She was inspired by the spiritual teacher, Sri Sathya Sai Baba to write two books- 'The Maker of Miracles' , published by Dorrance Publishing,USA in 2006 and "My Journey with God' under the banner of Sai Towers, India in 2008.

In 2015, Partridge published her debut poetry book, "Soul Poetry, Inspirational Poems, Verses and Quotes". A collection of mindblowing poems of all genres whch inspired her to write and publish a second poetry book, "Ink,Echo of life and love" (2019) in Mauritius.

In the same year, her fist illustrated story book for children 'The Princess and the Crow' was published by Austin Macauley in London, England. Closely followed by another beautiful illustrated book for kids, 'Wakashio' under the banner of 'Editions de L'Ocean Indien' in Mauritius.

"Pink Moon - An Anthology of Haiku Poems" (2022) is self-published by Kindle Amazon. It is composed of 365 choice haikus. Admittedly, Anita Bacha has a crush for haiku poetry ,also known as Japanese Poetry. She spent the last two years of the dreadful pandemic, in composing haiku poems safely at home.

Married, she has four sons and seven grandchildren.

Amazon Customer
5.0 out of 5 stars Soul poetry
Reviewed in the United States 🇺🇸 on September 9, 2016
Verified Purchase
The poetry touches the soul. The essence of the book is very practical and full of wisdom. The writer obviously had in depth intuition and is full of life's experiences. Well done Anita Bacha, keep up your hood work as society will definitely benefit from reading your books.
Read more
Helpful
Report abuse

Seema Tabassum
5.0 out of 5 stars LOVED IT
Reviewed in India 🇮🇳 on May 22, 2018
Verified Purchase
Beautiful poetry which opens the mind to different perspectives, loved reading this book.
Read more
Report abuse
See all reviews