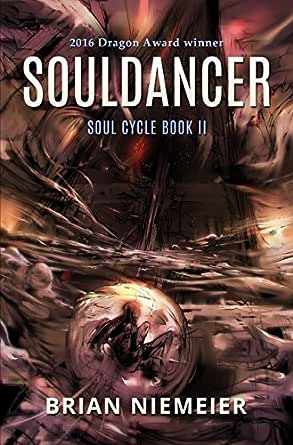 You've subscribed to Soul Cycle! We will preorder your items within 24 hours of when they become available. When new books are released, we'll charge your default payment method for the lowest price available during the pre-order period.
Update your device or payment method, cancel individual pre-orders or your subscription at
Your Memberships & Subscriptions
There was an error. We were unable to process your subscription due to an error. Please refresh and try again. 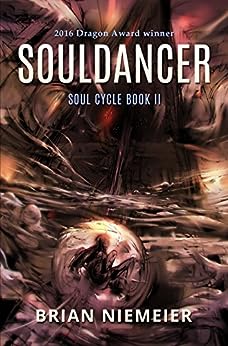 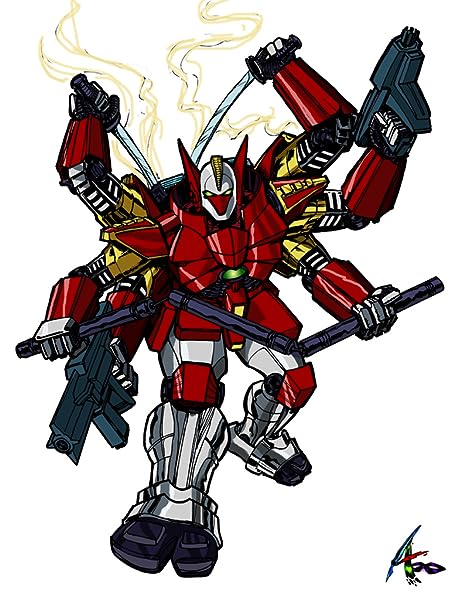 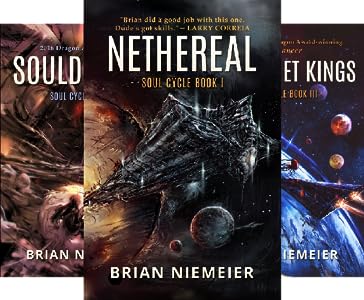 Brian Niemeier is a best selling science fiction author and a John W. Campbell Award for Best New Writer finalist. His second book, Souldancer, won the first ever Dragon Award for Best Horror Novel. He chose to pursue a writing career despite formal training in history and theology. His journey toward publication began at the behest of his long-suffering gaming group, who tactfully pointed out that he seemed to enjoy telling stories more than planning and adjudicating games. --This text refers to the paperback edition.

James Nealon
4.0 out of 5 stars Dante would write SF like this
Reviewed in the United States on February 20, 2020
Verified Purchase
Book 2 of the Soul Cycle improved on the first. As we progress with the Soul Wheel steersman (or spirit guide), we're led with the main characters through several more levels of Hell. The conflicts with lords of the different planes get more convoluted and intense, as the ships, people, and the souls and powers get distorted and mutilated by Shaiel itself. The end goals are not clear, except that they must escape from the underworld and return to what appears normal space. In a final desperate move, Xander and his lady seek a route out, but it leads through the peril of the ninth circle: Shaiel's lair and fortress. Here, several awesome truths are revealed to them, and a set of grand and terrible choices that involve their salvation, and a path for saving all other souls.

The book is written on a very grand scale, with a lot of related and competing factions, including Life, Death, demons, technos, and some very alien entities. I took my time reading, so this could soak in. Like Dune, the grand scale involves elaborate attention to detail. Those details are important. The final couple chapters will hit unexpectedly, like ramming a Void-runner into a neutron star, with terror, suspense, and beauty. Evil/Good, Life/Death, are not exactly what they portray themselves as, and a much greater Entity makes Himself known in a still, small voice.

This is not an easy book to read, but is satisfying. It will take time to keep factions and characters straight. Take your time reading, work with the flow, and enjoy the journey.
Read more
One person found this helpful
Helpful
Comment Report abuse

Russell S. Newquist
5.0 out of 5 stars The rare sequel that suprasses the original.
Reviewed in the United States on May 12, 2016
Verified Purchase
Last night I finished reading Souldancer by Campbell Award nominee Brian Niemeier. Souldancer is book two of "The Soul Cycle," and the sequel to his debut novel Nethereal.

I'll be honest, this was not the sequel I was expecting. There's a large time gap between the two books that caught me off guard in the beginning. Furthermore, the story spends significant time with characters that simply aren't in Nethereal. But the two stories are connected, and in a very strong way. I give Mr. Niemeier strong props for weaving the tales together in the way that he does. I can say that it's not an easy task - but to say much more than that would be to spoil rather important parts of the story.

The world here continues to be something new, unique, and different, rather than just a new spin on the same old generic "space universe" that we see so often in space operas. This installment explores even more of that world, and brings us far more of its history. The new characters are a real joy, especially Xander and Astlin. Meanwhile, the returning characters are even more interesting in this incarnation. Most interesting is the way the finale of Nethereal has repercussions that underlie every page of this novel, from beginning to end.

To put it bluntly, this novel is the rare sequel that manages to surpass its predecessor. I give it 5 stars out of 5, and I highly encourage reading it. There's a reason Mr. Niemeier received his Campbell nomination, after all.
Read more
8 people found this helpful
Helpful
Comment Report abuse

Russell May
5.0 out of 5 stars This is so unlike most scifi fiction it's hard to properly give its well-deserved due.
Reviewed in the United States on September 9, 2019
Verified Purchase
If you liked Nethereal, Souldancer takes everything that worked, polishes it up, creates a number of engaging new characters in a similar-but-radically-changed environment, throws in a love story, then ties all that back to the first book in the last act. Mr. Niemeier's writing is even better than the first book and his ability to describe everything has improved.

This is so unlike most scifi fiction it's hard to properly give its well-deserved due. Think more Dune than Star Trek, think more John Carter of Mars than Star Wars, think more the ascribed workings of early Saints than anything in the Halo universe, think more pre-Campbell than Asimov, and you have an inkling of just how massively different this.

Oh, and it helps if you have visual vocabulary informed by such artists as Katsuhiro Ôtomo, Mamoru Oshii, and Hayao Miyazaki, to name but a few. Just read this and tell me I'm wrong: "Xander seized the weight bearing down on his heart and hurled all its awful force at Astlin. Concrete pillars down the length of the room crumbled to powder in a series of thundering bursts. He willed her away with all his might. And saw, when his strength was spent, that she had taken a single backward step."

And, to top it all off, it's very subtly Christian even when it doesn't seem to be.
Read more
One person found this helpful
Helpful
Comment Report abuse
See all reviews

Angry Goblin
5.0 out of 5 stars A worthy continuation of the unique and captivating Soul Cycle
Reviewed in the United Kingdom on November 8, 2016
Verified Purchase
Nethereal, the first Soul Cycle book, is phenomenal; Souldancer may be even better. It masterfully builds on what went before, but this time the focus is tighter (though the stakes are arguably even higher). New facets of the universe are introduced, and new factions; there are twists and turns aplenty; but at its heart it is a deeply personal, profoundly moving story of a small band of misfits caught up in events much larger than themselves, and coming to terms with their own struggles along the way.

Also, there are space werewolves. Space werewolves! Seriously, what are you waiting for?!
Read more
One person found this helpful
Report abuse

Scott Osmond
4.0 out of 5 stars The Weirdness Continues
Reviewed in Australia on October 14, 2016
Verified Purchase
Picks up 20 years after the first one. If you liked the first one then you will like it. Don't read if you haven't read the first one as it raises the weirdness level to 11. It took me awhile to get in to the story but was worth it.
Read more
Report abuse

Larry
5.0 out of 5 stars Read the Dragon Award winning novel
Reviewed in Canada on September 6, 2016
Verified Purchase
An excellent book. I heard of Brian through the recommendation of another and that recommendation was well made. I look forward to is other books.
Read more
Report abuse
See all reviews