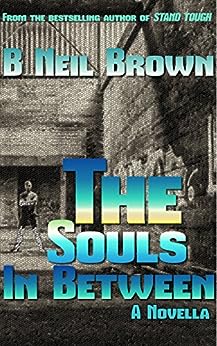 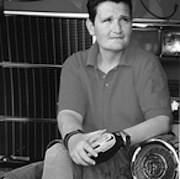 The Souls In Between: A Novella (The Thrown Down) Kindle Edition

by B. Neil Brown (Author) Format: Kindle Edition
See all formats and editions
Sorry, there was a problem loading this page. Try again.
Henry was in a horrible motorcycle accident that should have killed him, but he wakes up from the crash to find himself to be fine, or so it seems. When he goes to find help he discovers the world he’s in now is not the same as before the crash. Everything is wrong, the people are violent, and his only hope to survive is Andi, a strange young woman and a teenage boy named Mouse.

Henry died and his soul woke up in a different realm, a purgatory of sorts, and now he and his new friends are going to have to fight to save a girl involved in the crash with him from a thrown down angel named Preacher. If they don’t it could mean a literal Apocalypse and hell back on Earth! When Henry suddenly finds part of himself gilded in the armor of God it gives him hope for survival, and better odds against Preacher, but it also raises serious questions.

Henry’s friends thinks he may be alive back in the mortal realm, and his body may be in bad shape. Will his soul have anything to go back to?

The Souls In Between is the first of a new urban fantasy series by bestselling author B Neil Brown. Set in the Thrown Down world, a place where fallen angels walk the Earth and In-Between realm, where a few brave souls must fight to defeat them.
Read more
Previous page
Next page

B Neil Brown is an author, writer and triple amputee who lives in Western Kentucky. He is an avid motorcycle rider, a retired Fire Fighter/EMT, and a Certified Entomologist. When not riding his bike or spending time with his son Neil can be found attending college working towards a degree in Physical Therapy, training Brazilian Jiu-Jitsu, and designing and fabricating his own custom prosthetic digits.

Neil maintains a blog at www.twofeetshorter.com where he has documented his progress since becoming a bilateral trans-tibial and partial hand amputee. He frequently speaks to healthcare professional and student groups as well as amputee support groups, advocating for amputee care and sharing his story.

His first book "Stand Tough" was released in February of 2014.