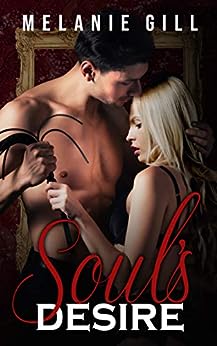 E. Trask
5.0 out of 5 stars My Submission...
Reviewed in the United States on May 30, 2019
Verified Purchase
A friend of mine referred me to this book and I was hesitant to read it at first. I am not into B&D and think people who are fans of 50 Shades are a bit too dreamy about it. However, Ms. Gill managed to make me wince, yearn, and understand a little more of why this type of relationship works for some. A very pleasurable, dreamy read!
Read more
Helpful
Report abuse

Riley
3.0 out of 5 stars This was a little more abusive than expected
Reviewed in the United States on May 22, 2019
*spoilers*

I’m not sure if I liked this book or not. It has some perfectly wonderful parts, but then some parts didn’t feel logical, like Sophie was furious after Anton caned her, and she told him she wasn’t into being a submissive and getting hurt, and then 2 seconds later she wanted him to show her what it is like to truly be his slave. And how could she paint that stuff on his painting without asking him, knowing what it meant, and then refuse to marry him or admit she wanted to be with him forever and run away? Also the Damien stuff felt a little forced. Additionally, Anton appeared to need comforting after torturing Sophie when she came back, which didn’t really seem likely considering how he had said on more than one occasion that he gets turned on from seeing her in pain.

However, aside from all that it was an interesting book with a creative storyline.

'Soul's Desire' is about Sophia, who inherits a house and a fortune from her godmother Anna. She instantly moves to this house and after the housekeeper leaves the premises, discovers her roommate: the mysterious Anton. Even later she discovers Anton is a unique character. During the day he is returned to his portrait painting, by magic. He is an intriguing man, and he soon starts training Sophia to become his ultimate submissive.

The way Sophia responds to her inheritance was the first event that made me raise my eyebrows. Before ever having seen the house or the village that it is in, she quits her job, gives up her lease to her, and says goodbye to her best friend. That is definitely not how I would respond to such an opportunity, but okay, I'm willing to suspend my disbelief and give the rest of the story a go.
Sophia shows little surprise to how her new housemate resides inside a painting during the day. I think that mere fact would be rather upsetting to me, more so than what the main character shows here.

Anton turns out to be a dominant male who starts training Sophia as his slave. I felt uncomfortable with their D/s. I'm not sure whether I am too sensitive, but to me, Anton felt somewhat abusive instead of sexy. I know BDSM is about searching the limits and stretching them when you can, but he was definitely stretching it too far for my taste. During their first time BDSM-play, Sophia uses the stopword they had decided upon before the play started. Anton ignores it because she hasn't had her orgasm yet. That's not how that works! I'm not a fan of stopwords in fiction, but if you agree to one, then you should stick to it. And so there were many instances of actions that were too soon, too much or too intense. I was concerned about the main character's safety, instead of being able to lose myself in the fantasy.

Apart from the dubious content, the story had some structural inconsistencies as well. Sometimes the point of view switched from Sophia to Anton in the middle of a chapter.
I felt like many of the story arcs were rushed and had an unsatisfactory ending. I don't want to give an example to avoid spoilers. Let's just say that many things were convenient for the author, but that makes it less attractive to read.

Overall it's an okayish book. If you're willing to ignore everything I mentioned earlier, then the sex scenes are well-described, and I'm sure you'll fall in love with Anton. I couldn't because I felt he was a manipulative, egocentric man. Like I said, maybe I'm too harsh and have I seen too much in the real world. But I think I would have locked him in his painting for good and found me a dominant who would take proper care of me.
Read more
Helpful
Report abuse

Amy Weller
5.0 out of 5 stars Absolutely amazing!
Reviewed in the United States on May 21, 2019
I was absolutely blown away by this book and couldn't put it down. Sophia is given a home she never knew existed by her godmother after a car accident takes her life. She moves in right away to find a mysterious painting in the master bedroom of a very handsome man. Little does she know that this painting will change her life. She is surprised one night when she finds a strange man in her room after having heard the shower running while in the kitchen. The man's name is Anton and he is looking for Anna, her godmother. Sophia must tell him the truth and he is saddened by the news. The two begin a relationship and Sophia finds out that not only does Anton emerge from the painting every night, but in the morning, he goes back into it. She finds a book that tells her the truth of his story and how she might free him from the painting for good. Along the way, she is threatened by a man she meets in town, frightened of the things Anton wants from her and drawn in by feelings she can't explain.

RK
4.0 out of 5 stars Great Read!
Reviewed in the United States on May 22, 2019
This was my first read of Melanie Gill and I enjoyed it quite a bit. It is a hot read with some really nice character arcs. There are some parts in the book that I cringed and had a thought to put the book down, but am so glad I didn't. Afterwards I completely understood why those sections were included. It was a good read and will definitely continue reading Melanie Gill books.

Dee
3.0 out of 5 stars 3 1/2 stars
Reviewed in the United States on May 23, 2019
An impressive use of prose created great images to write this book. Imaginative and interesting, I was intrigued by the idea which came to life shortly after the story begins. What was a bit of a surprise was the depth of cruelty I thought was described in some of the scenes. The reactions she had to these scenes were spot on as the character is written as a strong personality who has taken care of themselves for years. So while I thought the author had an interesting story, I was disappointed at the ending. It didn't ring true to me.
Read more
Helpful
Report abuse

SBee Reviews
4.0 out of 5 stars ★ Darkly dominated by a man in a portrait ★
Reviewed in the United States on June 20, 2019
Review Rating: 3.5 out of 5 stars - An interesting paranormal storyline as we walk through Sophia’s encounters with Anton while she tries to fit the puzzle pieces together between what clues her godmother and housekeeper has left. Besides coming to terms with what he is, she has had no real BDSM experience and Anton draws her into his dark world with no indications on how far he will go in order to train her and to possess her. That frightens and throws her in turmoil but they do work through their issues to an HEA.
Read more
Helpful
Report abuse
See all reviews

Jcook
4.0 out of 5 stars Hot and sexy
Reviewed in Australia on June 18, 2019
Verified Purchase
Loved the alpha male and all the steamy sex scenes. PLEASE KEEP WRITING
Read more
Report abuse
See all reviews
Back to top
Get to Know Us
Make Money with Us
Amazon Payment Products
Let Us Help You
EnglishChoose a language for shopping. United StatesChoose a country/region for shopping.
© 1996-2021, Amazon.com, Inc. or its affiliates