You've subscribed to Souls Discovered! We will preorder your items within 24 hours of when they become available. When new books are released, we'll charge your default payment method for the lowest price available during the pre-order period.
Update your device or payment method, cancel individual pre-orders or your subscription at
Your Memberships & Subscriptions
There was an error. We were unable to process your subscription due to an error. Please refresh and try again. 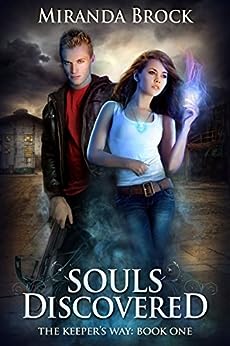 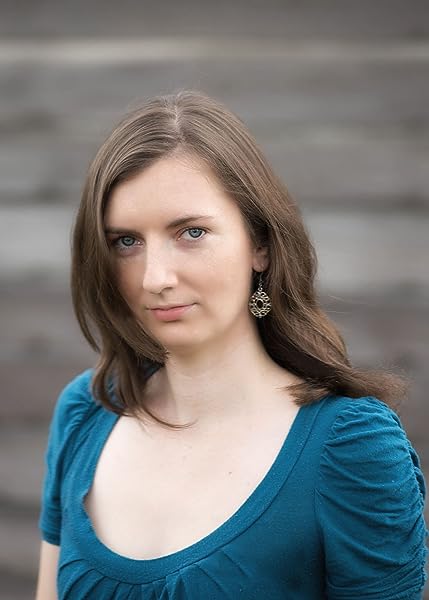 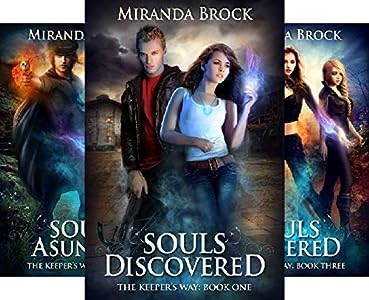 "A tangled web in the battle of good versus evil, fated responsibility and feelings from the heart as one girl must rise to the occasion and go beyond the call of duty." -Tome Tender Book Blog

"The world created by Miss Brock is one in which will not disappoint. Each character's ability is more fascinating than the last and the twists and turns that Autumn mus overcome as a Keeper were a fresh take on the usual YA fantasy obstacles." -Author Kayla Krantz

"This book dragged me in from page one. The writer has a great way with words and I didn't find a dull moment while reading it. While some writers would find it hard to keep every character in the story straight, this author does a fantastic job with not only a few main characters, but EIGHT!" -Erin's Book Reviews

4.8 out of 5 stars
4.8 out of 5
66 global ratings
How are ratings calculated?
To calculate the overall star rating and percentage breakdown by star, we don’t use a simple average. Instead, our system considers things like how recent a review is and if the reviewer bought the item on Amazon. It also analyzes reviews to verify trustworthiness.
Top reviews

Jennifer Zamboni
4.0 out of 5 stars Good golly miss molly and oh, my heart!
Reviewed in the United States on March 8, 2019
Verified Purchase
I-I-I just— I need a moment. Excuse me, please.

Wow, okay, so this one hit me right in the feels. Can I say masterful foreshadowing? Dang!

I should probably back up a bit. I had no idea how this book would go. The beginning was a little jumbled for me (I think to reflect on how jumbled it was for Autumn, the main character). It took me a moment to sort out the narrative. I've been reading a lot of first-person lately and Souls Discovered is told in third-omniscient, so it took me a few chapters to get into the groove of things. That's not to say it I didn't like it (I don't finish books I don't like, and therefore don't review them!) it just took my little brain some time to adjust.

About a quarter of a way in, I got into the groove, and I fell in love. This was a completely new type of urban fantasy, with its own mythos. How Ms. Brock juggled 8 major characters, I'll never know, but she certainly pulled it off!

There's angst, action, and world building galore and I'm so glad I have the whole series already loaded on my Kindle.

Now, about the characters. I loved the checks and balances within the group. It's kind of like a badass snow white and the seven dwarfs, except the men aren't dwarves and the evil queen is actually more of an evil species. The fellas are like a bunch of brother-like prince charmings (though love does spring up, thankfully not between anyone who's actually related! ;) )

Okay, so the ending. I need a few minutes to process. Trust me, it's a doozy! Book 2 is downloaded and I'll dive in after I take a few minutes to breathe and adjust to the real world!
Read more
Helpful
Report abuse

Nikki
4.0 out of 5 stars A fun filled emotional roller coaster in an epic fight of good vs. evil...
Reviewed in the United States on March 17, 2017
Verified Purchase
This young adult fantasy novel was a fun filled emotional roller coaster from the start. I enjoyed it immensely. The ending left me wanting more, although I have to say that it was predictable. I hope the next book comes out soon. I'd love to see what happens next.

I loved the character growth between Autumn and her searchers. There was great build up and once the fight sequences started, I really enjoyed the flow and progression of the story. There was a lot of description about each character and their abilities but I wish we had spent more time with them one on one. Most of the interaction between Autumn and her searchers was very relationship driven and it is important to the main story line but I was definitely hungry for more about each searcher, especially Jason, who is a major character, but we never learn much about him which was a little disappointing. This is incredibly apparent at the end of the book.

I actually loved that this story was a variation on Snow White and the Seven Dwarfs. What a cool concept and to throw in some curve balls and turn it into a fantasy about dehmons was original, at least for me. I haven't read anything else like this book and I enjoyed it. I loved the window, the aspect of the story where it showed them where to go next, the battle scenes, and how Autumn could progress their powers and strengthen her Searchers.

Alright, young adult fantasy can be a slippery slope. It's a genre that's over saturated and full of cliches. Having said that, this novel did NOT make me feel like it was too cheesy and the moments that were I enjoyed. It kept you wanting more, even with the emotional turmoil and suffering happening often with Autumn. I didn't feel like this was a love triangle story. Autumn has a clear preference although her relationship is close and loving with all of her searchers. She shares a strong bond with them that makes sense and adds to the story. In fact, its the cornerstone of the novel and very well done.

I like a strong female heroine and Autumn did not disappoint. In fact, I loved that the female took the lead role, a great example for girls. Even the Oracle was female as women run the show in this fantasy world. The problem is that Autumn must remain pure of heart, soul, and physical body and must remain a virgin to stay the Keeper. In a society led by women, why does she have to be denied the ability to be intimate with someone she loves when the men seem to have a clear green light to do whatever they desire? Why would strong women, who have experienced this pain in the past, allow Autumn to have this level of restriction in her choices? It was the only part I didn't like about the book.

While I loved the story, there were a lot of descriptions in the first few chapters that were a little long but reading passed that the story picks up. I'm a romantic and I loved the romance in this book. Jason and Autumn have real chemistry.

The end was not a surprise and sort of bothered me. It had been predicted for most of the book and I found it a little disappointing that Autumn could confide in her searchers about everything but she could not confide about her recurring dream. At first it seemed that she remembered it and then later it was clear she would start to forget as she woke up. I was left on the fence about this part of the story line but I can see that it's the catalyst for the next book in the series which is why not all questions are answered. I don't have an issue with that as a first book in a series is always going to leave some questions left to be covered in the sequel.

At the end, I was left with hope that the Keeper and her Searchers would persevere. A great story and a fun young adult novel. I highly recommend it.

Eva Pasco
5.0 out of 5 stars A Book Worth Discovering!
Reviewed in the United States on March 26, 2017
Verified Purchase
Miranda Brock’s Young Adult Fantasy transcends genre and age through the inclusion of perplexing universal conundrums. The story spins into action right away when interrelated events in close proximity occur: Sole female protagonist/main character, Autumn, finds a necklace in the woods on the outskirts of her family’s farm; her family is slaughtered; she confronts evil in the form of “Dehmons” resembling Columbine’s perpetrators; she is rescued by seven magnificent young men.

Let the fantasies of the pure-of-mind Keeper and her handsome, protective Searchers begin:

Autumn’s newfound necklace activates a Window which alerts both good and evil forces of her whereabouts, as well as alerting her of atrocities in the making.

Auras, special powers, shapeshifting, and magical techniques such as Spinning and Sleeping Kisses purvey magic without transporting the reader to a state of incredulity.

Herein lie the elements which deem this novel a book worth discovering:

It is well-written and fast-paced.

Each male character is clearly delineated by his own authentic dialect, personality, and special ability.

The battles between the Searchers and Dehmons are realistic in their outcomes.

However, the universal conundrums are what won me over:

“You cannot take a young woman, put her in a house full of eligible bachelors and not expect her to fall for one. And, vice versa.” This creates tension under one roof and magnifies internal conflicts. As a result, the repercussions from the human condition of falling in love: Should Autumn lose her purity to the one she loves, she can lead a normal life, although it predisposes her to lose her power, ultimately sending six of the Searchers to their death.

The novel pivots accordingly, and nearing the end of the story, I frantically turned the pages, ever fretful of the outcome. The author’s ending left my head spinning in anticipation of Book 2, eager to make new discoveries.
Read more
2 people found this helpful
Helpful
Report abuse
See all reviews

maria lester
5.0 out of 5 stars Loved it .
Reviewed in Australia on July 15, 2017
Verified Purchase
I could not put it down loved the story line I'm hoping the story continues.
It does not feel like the story is finished yet.
Read more
Report abuse
See all reviews