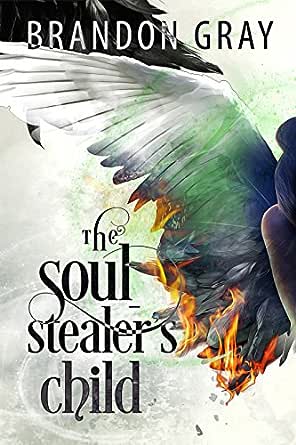 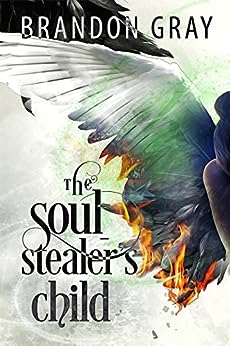 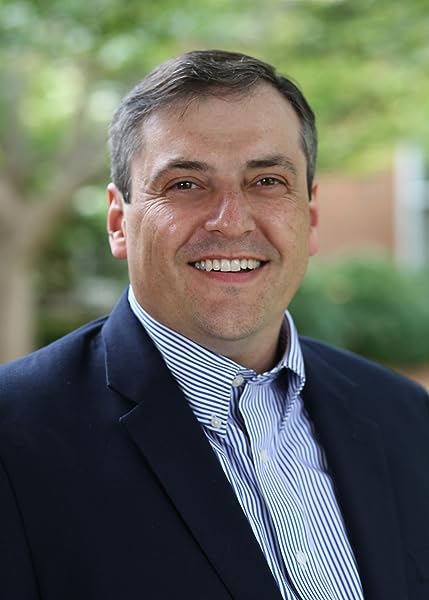 "A slight spin on angels and demons, "The Soulstealer's Child" is a YA paranormal coming-of-age tale with plenty of drama and some sweet romance to round it out. The plot idea is intriguing and there are a few welcome twists to keep things interesting and moving . . . . A good book with huge potential." --InD'Tale Magazine

Brandon Gray is the pen name of Braden Bell. Since Braden writes middle grade fantasy/adventure stories, it seemed liked a good idea to have a different name for young adult books; thus, Brandon was born. Braden holds a Ph.D. in educational theatre from New York University. He and his family live on a quiet, wooded lot in Tennessee, where he teaches middle school theatre and music. Braden can eat a full rack of ribs and drive at the same time. He enjoys reading, gardening, and long summer afternoons writing in his hammock. Braden/Brandon loves to interact with readers. Keep in touch at: Author site/blog: www.BradenBell.com Twitter: @bradenbellcom Facebook: Braden Bell, author Facebook: Brandon Gray, author Instagram: BradenBellAuthor --This text refers to the paperback edition.

Avid Reader
5.0 out of 5 stars One of the most unique and imaginative stories I have read in a long time
Reviewed in the United States on November 29, 2016
Verified Purchase
What a unique and imaginative story! I can honestly say I have never read a book like this before. The background, interaction, and development of the characters was superb and the story line itself was riveting. An exciting read for both Young Adults and Adults alike. I really felt connected to the characters James and Lucy - their insecurities, struggles, friendship, and love seemed believable and real. Can't wait for the second book!
Read more
One person found this helpful
Helpful
Comment Report abuse

JC
4.0 out of 5 stars Original YA fantasy book
Reviewed in the United States on December 9, 2016
Verified Purchase
Great compelling YA fantasy. I started reading it late at night and meant to read just a chapter or two and finally put it down for the night a few hours later at chapter 40. Original story with good likable characters. Can't wait for the sequel.
Read more
One person found this helpful
Helpful
Comment Report abuse

wilkinsnoopy
5.0 out of 5 stars fantasy and romance with timeless human struggles
Reviewed in the United States on November 25, 2016
Verified Purchase
Brandon Gray has written a book that will keep readers engaged. The story which brings together humans and demons is fast-paced with interesting twists. Expertly written from different points of view, the characters are well-developed and experience both external and internal struggles with which readers can identify. The book ends leaving the reader wanting more and with the hope that good will overcome evil.
Read more
One person found this helpful
Helpful
Comment Report abuse

Heidi Ashworth
5.0 out of 5 stars Loved it!
Reviewed in the United States on November 25, 2016
Verified Purchase
I recommend this book for any age level. I loved the story and the characters were fantastic! Can't wait for more!
Read more
One person found this helpful
Helpful
Comment Report abuse

Alexxandria
5.0 out of 5 stars Fantastic Book!
Reviewed in the United States on February 27, 2017
I received this book for free from the author in exchange for my honest review.

I was hooked to this book from page 1. It started out right away in the middle of action and didn't waste a single second not filling you in, so that you weren't confused as to what was going on and why. I was amazed how easily I felt like I was in the middle of the action. The author did a fantastic job in his wording to make you feel like you are a part of the story. The people in this book were so kind, so understanding, and had such an open mind to anything and everything that it was almost unbelievable. I guess when you see wings on someone landing on earth, you kind of have to believe what you see! It was fun in the first part of the book not knowing who the angel and who the demon was between the two main characters. I kept guessing and as I read on, I kept changing my mind back and forth. When it was finally revealed, I wasn't surprised but I was at the same time. The author also did a really good job with the character development and he really made me feel for the two teenagers and made me want to fight for them.

Overall, I loved this book. Normally I do not re-read books after I've read them but I can see myself reading this again in the future just to see if there was anything I missed the first time around. Thank you to the author for a chance to read this book. I will definitely be checking out more books from this author!
Read more
One person found this helpful
Helpful
Comment Report abuse

S.Staley
4.0 out of 5 stars Readers of fantasy, the supernatural and Angels and Demons will like reading this book!
Reviewed in the United States on February 19, 2017
Angels vs. Demons has been a big thing in literature the past few years. This everlasting battle between good and evil always makes for an interesting story. In The Soulstealer's Child, we have this battle going on first in another world that then switches to Earth.

The book starts with huge action scenes that pull the reader in instantly. The book is divided into four parts, some with more action than others. After Part One that almost has non-stop action, Part Two goes into a slower section where the two main characters are introduced, who happen to be high school students. We get to know James and Lucinda whose attraction to each other seems ethereal, which indeed turns out to be exactly that. Without giving it away, one is the child of the royal Queen of the Seraphs, where the other is the child of a demon and a human. Soon their attraction turns volatile and they are on the run from the demons who have entered our world.

This book is full of supernatural things and also things that keep the reader guessing. There is a lot of teenage angst, so be forewarned if you don't like that sort of thing. This book has two teens that are plunged into an adventure where they "thought" they were normal, but soon find out they are anything "But" normal. I liked the way the author has James and Lucinda grow up and learn to love and take care of others beside themselves. They also get a huge dose of humility and sacrifice as the story continues. Kudos to the author for writing such great parents for both James and Lucinda. They are portrayed as normal, loving parents that would do, and will do everything in their power to help their children. So often in YA books we don't see parents like this and it was very refreshing to me.

Overall, readers of fantasy, the supernatural and anything having to do with battles between Angels and Demons will like reading The Soulstealer's Child. The author has said on Goodreads that there will be another book in this series to help resolve the story because it was left with a little cliffhanger. I'll be anxiously waiting to read what happens to James and Lucy.
Read more
One person found this helpful
Helpful
Comment Report abuse
See all reviews