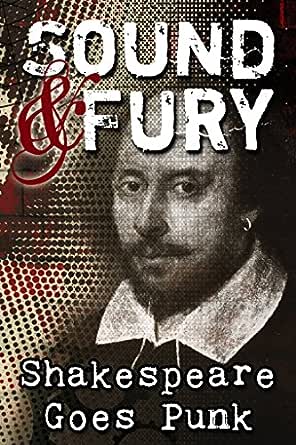 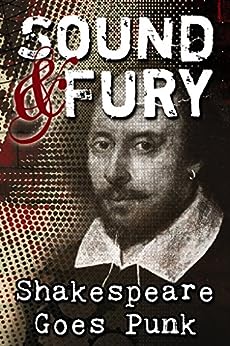 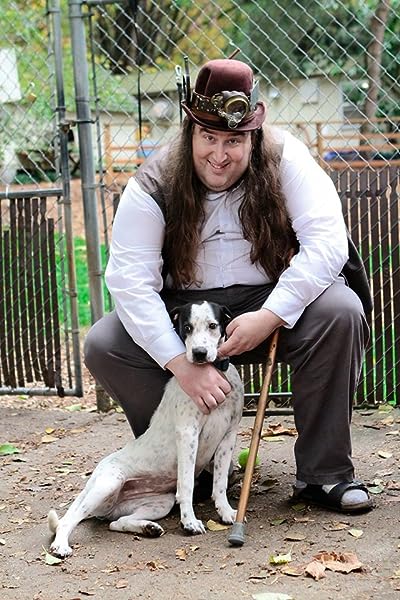 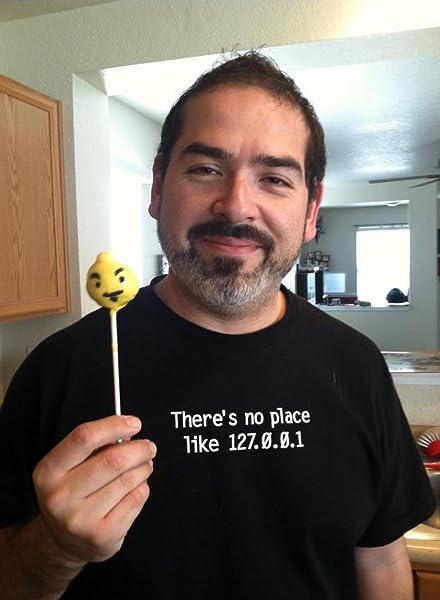 Qittie deKay
4.0 out of 5 stars "The Green Eyed Monster" presents a beautifully crafted retelling of "Othello
Reviewed in the United States on March 20, 2015
Verified Purchase
Let me just preface this by saying I loathed Shakespeare in high school. I loathed his writing with the passion of a thousand fiery suns. I blame having "Romeo and Juliet" forcefully shoved in my face every year between 9th and 11th grade before being rushed through "A Midsummer Night's Dream" and "Macbeth" over the course of a month in 12th grade. That being said...this anthology does the punk genre justice, and drags Shakespeare along into a realm of respectability I never expected.

"Mac" follows closely with the source material, even lifting quotes from the original text to strengthen the story in an odd blend of antiquity and punk. The twist at the end was well executed, and presented an interesting retelling of the play.

"The Green Eyed Monster" presents a beautifully crafted retelling of "Othello," putting Shakespeare's characters into a strange new world full of hover bikes and mercenaries. The world building was well-rounded and fit perfectly with the source material. Though I've seen "Othello" performed on stage and knew the outcome, I was genuinely sad when this punk envisioned retelling reached its unavoidable conclusion.

"Prospero's Island" puts a huge twist on Shakespeare's "The Tempest." Having never read anything Teslapunk, I was pleasantly surprised to see this play crafted into an amazing blend of fantasy and history. No spoilers--but the tech is boss.

"A Town Called Hero" was a fresh take on "Much Ado About Nothing," and left me with a very satisfied feeling. Beginning to end, the world building was tight and the characters fit so well into their new dieselpunk setting. Really a joy to read.

And finally, "A Winter's Tale" based on the play of the same title. This was my favorite story in the book. Maybe I'm a sucker for spunky princesses and "performing" bears, or maybe the writing was just that good. Hard to say. Amazing mesh up of Shakespeare's characters in a steam/clockpunk setting, and a satisfying end to a great book.

Definitely buy this whether you like Shakespeare or not.

Rachel A. Brune
4.0 out of 5 stars Great selection of litpunk
Reviewed in the United States on March 19, 2015
Verified Purchase
I truly did not know what to think, but I picked up a copy of this anthology given that it was put together by one of my Facebook groups. As a fan of Shakespeare and a fan of literary "punk" genres, I was predisposed to enjoy it, and I was not disappointed. There are some interesting takes on the Shakespeare plays, and the stories remain more or less true to source material - but with many strange and wonderful reimaginings.

There's a dystopian cyberpunk MacBeth (and a cautionary tale about what looks like a blessing - reawakening your emotions and intellect - may be a curse in disguise) that keeps you guessing about what comes next, even if you are completely familiar with the play. Then, there's The Green-Eyed Monster that reimagines Othello and his gang as a swaggering, high-tech crew of deadly mercenaries. One of my favorites in the book. Then we're out to Prospero's island. The exiled noble has built a force of technologically enhanced nymphs to fight back the flesh-eating sycori - but their enhancements come with the price of forced allegiance, which may bite Prospero where he least expects. In A Town Called Hero, Betty (Beatrice), an intrepid reporter, falls in love with Squadron Captain Ben Pedro, a dashing young aviator who fights against the menace known as "The Fatherland."

Although all of the stories are entertaining, and witty, and wonderful, my absolute top favorite was the last one, a steampunk re-telling of The Winter's Tale by Jeffrey Cook and Katherine Perkins. It is the perfect ending to this incredibly imaginative, fun, and impressive first anthology by a fledgling collective of punk writers. (And can I say how much I love the bear???) If you are a fan of Shakespeare, or of lit punk, or if you're not a fan and want to find out more about it, I suggest picking up a copy of this book.
Read more
7 people found this helpful
Helpful
Comment Report abuse

Zen DragonTop Contributor: Writing
1.0 out of 5 stars The worst the punk has to offer Shakespeare
Reviewed in the United States on October 1, 2018
Verified Purchase
Let me start by saying that the concept? I love.

Shakespeare meets the different punk genres! What is not to love?

Unfortunately, there is little to love for me in the five tales. While they successfully punk out the stories, and the Shakespearean bard is present, what is missing is the enjoyment. There is nothing good about the stories.

I started each tale and I would read, and while the world were interesting, the attempts to bring the stories to life failed. There was no life, no enticement to read. No desire to see how this story would unfold.

I read less than half of each story before giving up and moving onto the next one. Will you enjoy this? Possibly. But I would not recommend this book to anyone that I know.
Read more
Helpful
Comment Report abuse
See all reviews

Kimbie
5.0 out of 5 stars Imaginative and eclectic multi-punk genre mix of Shakespeare plays
Reviewed in the United Kingdom on July 22, 2015
Verified Purchase
This is a truly eclectic mix of interpretations of some of Shakespeare’s finest plays. However, you don’t have to know any of the Bard’s works to enjoy these stories. Ranging from deadly dealings in a futuristic factory, to dream-like places that take you to another world, these stories will keep you enthralled throughout.

I found that each tale had a great sense of atmosphere created by some wonderful descriptions, helping to make them truly fantastical. These original and imaginative re-telling of Shakespeare’s works, just go to show how the Bard’s universal themes of greed, love, jealousy and retribution still hold true to this day, and indeed, the future.

What I also enjoyed about these stories was that they had an element of fun interspersed throughout the well-crafted revisions to the original plot lines.

Mostly, the Shakespeare quotes are changed to suit the futuristic language. Used to great effect in ‘The Green Eyed Monster’ with it’s crisp, slang based dialogue that really helped to define each character.

Prospero’s Island and The Winter’s Tale are the most Steampunk/clockpunk of the interpretations. I particularly liked the descriptions of Prospero’s ‘ship’ and how his nymphs get it to work, via a mash up of sci-fi tech, nuts and bolts and battery power. There are some great visual descriptions throughout this well-written tale. I liked the backstory of the nymphs, especially Caliban, a half human half machine, with whirring gears to help him breathe

The Winter’s tale is written in a rather more traditional style, whilst introducing lots of Steampunk gadgetry. The language is quite Shakespearian, but used to great effect to maintain the feel/atmosphere of the piece. There are good character and setting descriptions throughout that really help to keep the story loyal to the genre. I loved the idea of airships, and airborne fleets, it gave the whole story a new dimension. Truly this is Steampunk meets Shakespeare, with clockwork dancers, old-fashioned rifles and crossbows to keep a fan of the genre happy and then some. Again, another creative twist on the original play.

All these stories are well crafted and thoroughly entertaining. I highly recommend them to any one who enjoys a bit of sci-fi/steampunk/cyberpunk, clockpunk etc. mixed into traditional Shakespeare intrigue and humour.
The Winter’s Tale: Exit audience, pursued by a bear’. Oh the bear isn’t what it seems. Obviously! Great stuff.
Read more
Report abuse

Sutter Cane
4.0 out of 5 stars Bill feels punky today!
Reviewed in Germany on March 15, 2016
Verified Purchase
Over the last few years the punk movement made its way into mainstream media. With the success of films like "Mad Max - Fury Road" and books like "Pride and Prejudice and Zombies" it was just a question of time until the plays of Shakespeare get a punkish reworking. The punk writers group took those plays and mixed them with elements from cyberpunk, dieslpunk, steampunk and lot of other punks. And above all they turned it into a charity project for the PAWS animal shelter.

These are the text contained in this great anthology: