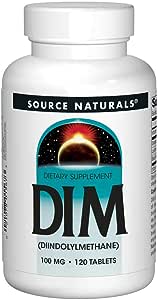 OUR STORY: Leaders of the Wellness Revolution

Our story began in 1982 with CEO Ira Goldberg’s vision for revolutionizing the way we think and act about our health. The Western healthcare model was focused almost entirely on treating (rather than preventing) disease. And the concept of supporting and nurturing the body as a system designed for wellness wasn’t widely known.

More than 30 years ago, we set out to help people understand how their body systems work in harmony to achieve healthy balance. Your well-being is our highest priority. We invite you to join our wellness community today.

DIM is an indole phytochemical that is a natural metabolite of compounds found in cruciferous vegetables such as broccoli, Brussels sprouts and cabbage. In preclinical studies, DIM has been shown to lead to the preferential formation of estrogen metabolites that are correlated with healthy breast, endometrial, and cervical tissues. This unique property sets DIM apart from other plant nutrients. Source Naturals DIM is formulated with phospholipids, vitamin E and BioPerine.*

One important effect of ingesting indoles is that they cause a shift in the metabolism of estrogen, an important sex hormone in both men and women that also plays a role in bone building and neurological functioning. Two important forms of estrogen formed by competing pathways are 2-hydroxyestrone, sometimes referred to as "good estrogen," and 16a-hydroxyestrone, sometimes referred to as "bad estrogen." Many human studies over the past 20 years correlate lower levels of 16a-hydroxyestrone with breast, endometrial and cervical health. DIM has been shown to promote a lower ratio of 16a-hydroxyestrogens to 2-hydroxyestrogens, and to promote healthy colon and breast tissue in vitro. It has also been shown to protect cells from the effects of environmental chemicals, such as those generated by automobile exhaust and cigarette smoke, according to animal and in vitro studies.

Contains soy. Do not take this product if you are pregnant or breastfeeding, or are taking immunosuppressive therapies. Do not use if either tamper-evident seal is broken or missing. Keep out of reach of children.

Suggested Use: 1 to 4 tablets daily with meals or as recommended by your health care professional.

These statements have not yet been evaluated by the United States Food and Drug Administration. This product is not intended to diagnose, treat, cure or prevent any disease.

4.1 out of 5 stars
4.1 out of 5
344 global ratings
How are ratings calculated?
To calculate the overall star rating and percentage breakdown by star, we don’t use a simple average. Instead, our system considers things like how recent a review is and if the reviewer bought the item on Amazon. It also analyzes reviews to verify trustworthiness.

veronica
5.0 out of 5 stars Have Hormonal Acne? Try This!
Reviewed in the United States on July 12, 2016
Verified Purchase
This has changed my life. I suffer from hormonal acne and I have not had a breakout since using this product. Leaving a comment with pictures is totally not my style but because I know how miserable hormonal acne is, I want others to know what a miracle worker this stuff is. These pictures were taken less than 2 months apart.
Read more

Jucelle
5.0 out of 5 stars amazing result for fibroids, estrogen dominance, water retention
Reviewed in the United States on May 29, 2016
Verified Purchase
Source Naturals DIM or even Nature's Way DIM Plus have worked wonders for my fibroids and water retention.

I basically have high estrogen and low thyroid. The way I maintain a trim body is through exercise and natural hormone balancing.

If you guys are familiar with Dr. Lam. He has blogs on fibroids, estrogen dominance, etc... Google him. The guy is amazing.

I have had amazing results reducing my tennis ball fibroid within three months. I've diminished cellulite and water retention in my legs.

The regimen above is a great place to start. His blog explain in engaging ways the role of good and bad estrogen in the body, the why's and the how's.

When i stray from the regimen or revert to high carb diet, the fibroid return. And these foods for me are the worst: white rice, mangoes, juices, caffeine beverages, ice cream, candies, white bread. I wake up to a stomach bulge the next day!

If you are estrogen dominant and or have fibroid, do get educated and take care of your body.

I plan to continue managing my fibroid naturally. I've won the war many times.

Amazon Customer
5.0 out of 5 stars This DIM is really working for me
Reviewed in the United States on April 2, 2018
Verified Purchase
I've been taking this for a little more than 3 weeks, and I love it. The first week was rough, between headaches and extreme fatigue, but I expected some fall out when hormones are being affected. But after about 6 days, I started to feel fine. And after about 10, I started to feel so much more even and "normal" emotionally.

I'm going to be candid here: I tried it because my menstrual cycle had taken over my life. I'm 45 and had only about 5 days a month that were not dominated by anger, frustration, sadness, listlessness, fatigue, pain or some combination of those things. And my actual period was lasting 8+ days, very heavy and extremely painful, along with headaches and nausea. Certainly living up to the "monthly curse" description I've heard.

So far, I think this stuff is a miracle - this particular brand, because the dosing is less on others. My mood (and appetite for that matter) are so much more stable. SO MUCH MORE stable. Probably good to carve out a low-activity week to start this, but if my cycle description sounds familiar, you may want to try this. Or at least talk it over with your doctor.
Read more
19 people found this helpful
Helpful
Report abuse

Style_Guide
4.0 out of 5 stars Helps Take Care of Estrogen in Men, Too
Reviewed in the United States on July 27, 2015
Verified Purchase
This seems to help mitigate sides from taking prohormones. I definitely have noticed a difference between taking it and not taking it in terms of aggression and feeling tighter vs. watery. Idk about how well it protects against or helps to treat gyno, but I will update this post as I get further along.
Read more
11 people found this helpful
Helpful
Report abuse

Amazon Customer
5.0 out of 5 stars This is the stuff
Reviewed in the United States on July 5, 2013
Verified Purchase
I was having yeast infections several times a year and could not figure out what was going on. Then I realized that the frequency of the infections began after my hysterectomy and start of synthetic hormone replacement. I read up on it and decided to try DIM to help metabolize the "fake" estrogen in the proper way and that did it. I only get a yeast infection about once a year now or when I take antibiotics. I take one 100 mg tablet a day.
Read more
10 people found this helpful
Helpful
Report abuse

Carlie
1.0 out of 5 stars It gave me hives 48 hours after first dose
Reviewed in the United States on January 22, 2019
Verified Purchase
If I would have read the 1-star reviews for a different dosage of the same Source Naturals DIM before I took this supplement and broke into hives (including on my lips!) I probably would have chosen a different brand. But thankfully at least those reviews existed so I could figure out what was happening to me. I'm returning and will try a different brand.
Read more
2 people found this helpful
Helpful
Report abuse

Bookie
5.0 out of 5 stars Great pills
Reviewed in the United States on April 4, 2017
Verified Purchase
They are really good I have almost had a painful irregular cycle, after I read the reviews and it was recommended I started taking them my cycle got lighter and the sever cramps are almost non-existent, I strongly recommend taking these for anyone who have fibroids.
Read more
5 people found this helpful
Helpful
Report abuse
See all reviews