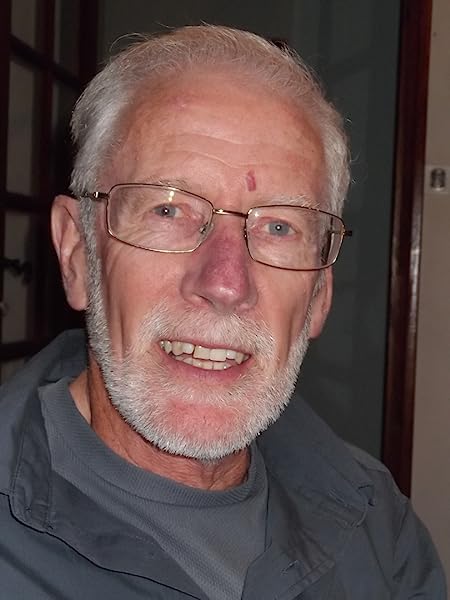 4.7 out of 5 stars 140 ratings
Part of: British Long Distance (21 books)
See all formats and editions
Sorry, there was a problem loading this page. Try again.

The South Downs Way National Trail is a 100 mile (160km) walk between Eastbourne and Winchester, staying within the glorious South Downs National Park for its entire length. Presented here in 12 stages of up to 12 miles (19km), the route is described in both east-west and west-east. A waymarked trail with very few stiles, it can be walked at any time of year and makes a good introduction to long-distance walking. Step-by-step route descriptions are illustrated with extracts from OS 1:25,000 mapping for every stage The guidebook comes with a separate map booklet of 1:25,000 scale OS maps showing the full route of the South Downs Way. Clear step-by-step route descriptions in the guide links together with the map booklet at each stage along the Way, and the compact format is conveniently sized for slipping into a jacket pocket or the top of a rucksack.The South Downs Way offers easy walking on ancient and historical tracks, and showcases the beautiful countryside of the South Downs, taking in wooded areas, delightful river valleys and pretty villages. Highlights include Beachy Head, the mysterious Long Man of Wilmington, Clayton Windmills and the ancient cathedral city of Winchester.
Read more
Previous page
Next page

SB
5.0 out of 5 stars Brilliant books series
Reviewed in the United Kingdom 🇬🇧 on October 8, 2020
Verified Purchase
This series of guide books for the national trails are brilliant. Described in both directions so you can read information relevant to your planned walk or run. The books and/or mini map book are a great size for Taking with you in your backpack or running back. Really good value for money when Amazon sells these for around £10. Makes nav a lot easier and don’t have to worry about phone battery
Read more
One person found this helpful
Report abuse

Gaza
5.0 out of 5 stars Very useful
Reviewed in the United Kingdom 🇬🇧 on January 30, 2022
Verified Purchase
We did all the walks and clear directions
Read more
One person found this helpful
Report abuse

Lesley Bugby
5.0 out of 5 stars Ideal to follow in either direction
Reviewed in the United Kingdom 🇬🇧 on April 20, 2019
Verified Purchase
We particularly liked the way each section was described in detail in both directions. Lovely text describing the beauty of the South Downs Way and a really useful booklet (included) of the OS map for the whole route.
Read more
4 people found this helpful
Report abuse

Don Hayward & Penny Allen
4.0 out of 5 stars Has most of what you need to plan and walk "the way".
Reviewed in the United Kingdom 🇬🇧 on August 27, 2021
Verified Purchase
Useful maps and mileages for planning your stopovers. Useful summaries for features along the route. Not too heavy for adding to pack, plus "map only" booklet that can be pulled out separately for quick reference.
Need to use a phone app for extras, like water taps, loos, pop up camp sites and cafes, that are of a more temporary / changing nature.
Read more
Report abuse

Customer
1.0 out of 5 stars long winded
Reviewed in the United Kingdom 🇬🇧 on September 8, 2020
Verified Purchase
The long winded and boring text which talks you through every twist and turn ad nauseum is unneccesary. the waymarks on the route are so good that i never looked at it once. Even researching the book i constantly prayed that the author would just get to the point
Read more
One person found this helpful
Report abuse
See all reviews