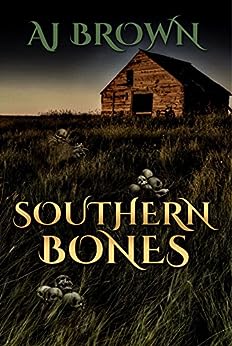 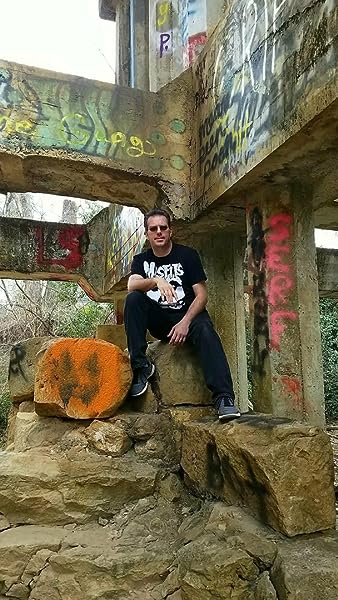 A.J. Brown is a southern-born writer who&nbsp;tells&nbsp;emotionally charged, character driven stories that often delve into the darker parts of the human psyche. Most of his stories have the southern country feel of his childhood.&nbsp;His stories have been described as horror with heart.

A.J. writes in a conversational style that draws the reader in and holds their attention. His characters are average people with average lives who are layered with memories and emotions and are fallible, just like anyone else.

A.J. draws inspiration from every day events and conversations. The characters of his stories are drawn from people he has met or seen during his life.

Though he writes mostly darker stories, he does so without unnecessary gore, coarse language, or sex.

A.J. is also a husband to Cate and a father to two kids, who often inspire him in the most interesting ways.

More than 200 of his stories have been published in various online and print publications. His story, Mother Weeps, was nominated for a Pushcart Award in 2010. Another story, Picket Fences, was the editor’s choice story for Necrotic Tissue in October of 2010. The story, Numbers, won the quarterly contest at WilyWriters.com in June of 2013.

His novel, Dredging Up Memories, was released in May of 2016. John Malone, the narrator of the audiobook won the Voice Arts Award for best voice over in a science fiction narration in December of 2107.

You can purchase all of his books, including Dredging Up Memories, Voices, and A Stitch of Madness (both released by Stitched Smile Publications), or any of his other works--Along the Splintered Path, Southern Bones, Cory’s Way, Ball Four, The Forgetful Man’s Disease, as well as his collaborative effort with M.F. Wahl, All We See is the End on Amazon.&nbsp;

A list of his publications along with links to many of his stories can be found on his website HERE.

You can find A.J. at these places:

BF
4.0 out of 5 stars Perfect for horror readers on-the-go
Reviewed in the United States on November 12, 2012
Verified Purchase
**Note: I purchased a copy of Southern Bones by A.J. Brown from Amazon and this is an honest review. Southern Bones is a collection of 11 well-crafted short stories of various themes.

Characters are what A.J. does best and my stand-out favorite of the bunch is the second story, Mickie's Stars. Mickie is a young girl whose flesh is scarred in star-like patterns which glow when she is angry. When she notes a young boy and later a little girl being mistreated during a beach outing, she sets out to make sure justice is served. How, you ask? I don't want to spoil anything so I'm just going to say she has her ways.

The Woman Who Loved the Red Stucco House resonated with me because I'm a bit of a perfectionist and I saw a little of my own obsessive behavior in this woman who wanted everything "just so". Like all dark tales, the twist comes when the man in her life has taken about all he can of her nit-picking.

A Family Affair opens with a family attending a gallows festival where, of course, there are hangings. In this tale, everything (including disrespect and infidelity) is punishable by death and the family's secrets cause their share of problems. Do you have teenagers? You do? Then this story is probably for you. Another great twist ending!

Beneath the Sycamore Tree is a touching tale of first love so deep that it spans years and defines one young man as he grows into early adulthood. When a little girl is murdered, she haunts the swing outside the home of her first love who is determined to uncover the identity of her killer. This one is my second favorite.

All in all, this is an excellent collection of stories that explore the themes of abuse and retribution in The South. The diverse cast of characters assures there is something for everyone and while there is definitely darkness inherent in these tales, the pages are not splattered with gore. Some stories are longer than others, but this is a perfect mix-up for horror readers on-the-go.
Read more
One person found this helpful
Helpful
Report abuse

Justin D
5.0 out of 5 stars I'm always late
Reviewed in the United States on November 15, 2013
Verified Purchase
I'm on the road a lot for work. Sometimes I have scheduling issues and have to wait for appointments. In these times I rely on Guys like Richard Matheson and Isaac Asimov for short story companionship. Little burst of entertainment while I wait. I will now add AJ Brown to that list. This is a good selection of creepy clever stories...AJ Brown has away of creeping up on you with his scary.
Read more
Helpful
Report abuse

Joan Macleod
5.0 out of 5 stars Another Great Collection From A Great Storyteller!!!
Reviewed in the United States on May 15, 2016
There are twists and turns galore in this amazing collection of short stories by A.J. Brown. The characters are well defined and the stories flow as your mind takes you through many emotions. Love, hate, laughter, pain, hope, despair and terror. He writes of the good and bad in people, the beauty and harshness of the world and the joy and devastation of love and loss that happens to us all. What you take from each story will be different from what others do. To me the stories gave me thoughts of treating people kindly even if they're different, enjoy the beauty of life even during terrible times, never let anyone try to change you to their way of thinking, believe in yourself and possessions are just that, don't let them become obsessions. I have read most if not all of A.J. Brown's books and highly recommend them to anyone who enjoys great story telling. Well done A.J. Brown and I'm looking forward to reading more of your great stories.
Read more
Helpful
Report abuse

Lindsey B. Goddard
5.0 out of 5 stars Compelling
Reviewed in the United States on October 14, 2012
Southern Bones in an engaging collection from beginning to end. The characters are well-written. You will forget they are works of fiction as you view the world (and its many dark secrets) through their eyes. No two stories in this collection are alike. This book offers a ton of variety from a strong voice in horror, and all for an extremely fair price on Kindle. I highly recommend it!
Read more
2 people found this helpful
Helpful
Report abuse

shell
5.0 out of 5 stars Wonderful writing
Reviewed in the United States on January 20, 2013
I loved this book, the writing is amazing. Most anthologies are a bit hit and miss; there were only one or two stories in this one that felt a little weak. Overall though the stories were quite varied and entertaining and I was drawn right in. There were just a couple of little typos (it should be moat, not mote)which is a pet peeve but I am so glad I grabbed this book and I will be seeking out more by this writer.
Read more
Helpful
Report abuse

Jennifer Hollcroft
5.0 out of 5 stars Must Read!!!
Reviewed in the United States on January 25, 2016
Southern Bones I enjoyed it thoroughly, the different characters in each story. The stories each with horror and mind play were excellently written. The enjoyment of every twist and turn. Thank you for bringing some real nightmares too life!
Read more
Helpful
Report abuse
See all reviews
Back to top
Get to Know Us
Make Money with Us
Amazon Payment Products
Let Us Help You
EnglishChoose a language for shopping. United StatesChoose a country/region for shopping.
© 1996-2021, Amazon.com, Inc. or its affiliates