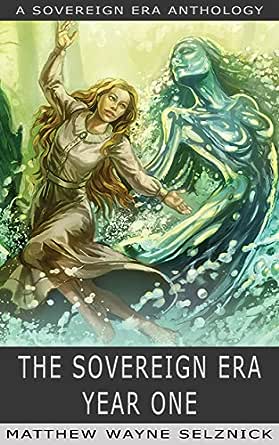 You've subscribed to The Sovereign Era! We will preorder your items within 24 hours of when they become available. When new books are released, we'll charge your default payment method for the lowest price available during the pre-order period.
Update your device or payment method, cancel individual pre-orders or your subscription at
Your Memberships & Subscriptions
There was an error. We were unable to process your subscription due to an error. Please refresh and try again. 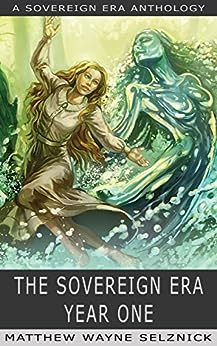 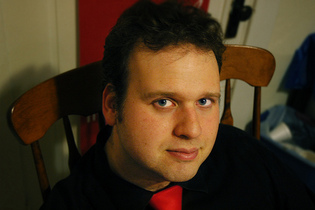 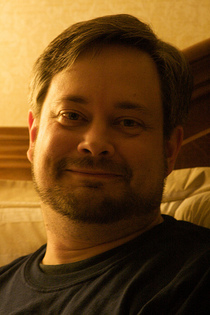 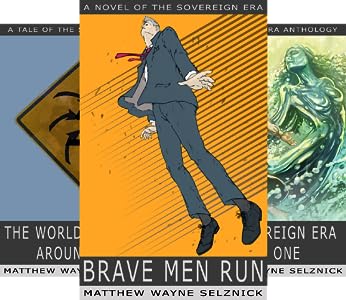 Geoffrey A. Snyder
4.0 out of 5 stars A great collection of Short Stories
Reviewed in the United States on July 10, 2010
Verified Purchase
I thoroughly enjoyed 'Brave Men Run' and have waited some time now for it's sequel. When I first saw it was a set of short stories instead of another novella, I was disappointed. The stories themselves, however, were pretty good and painted an interesting slice of '80's Americana and reactions to developing super-powers. I would have been happier if it was a larger collection, but the stories themselves were good and it was a pleasant evening's read.

SouthernFried
3.0 out of 5 stars More like samples than Short Stories
Reviewed in the United States on July 12, 2011
Verified Purchase
Some of these just leave you hanging. Almost like reading a first chapter then turning the page to discover that was the end. I wouldn't be surprised to see some books come from these.

A couple concluded nicely. But, overall...too short a book to justify paying anything for these.
Read more
Helpful
Comment Report abuse

Happy Grammy of 5
4.0 out of 5 stars Good stories
Reviewed in the United States on June 30, 2011
Verified Purchase
I really loved Brave Men Run, and enjoyed the stories in this collection. There were a few editing errors, but most people don't catch those like I do so it shouldn't take away from the stories which I found to be really good.
Read more
One person found this helpful
Helpful
Comment Report abuse

Library Lady
5.0 out of 5 stars A great book
Reviewed in the United States on May 27, 2010
Verified Purchase
I loved Brave Men Run (the first book of the sovereign era) and these great stories are an excellent addition to the Sovereign Era universe.
Read more
3 people found this helpful
Helpful
Comment Report abuse

Mike Reeves-McMillan
2.0 out of 5 stars Disappointing
Reviewed in the United States on May 30, 2012
I really enjoyed the Podiobooks version of Brave Men Run, so when Matthew Wayne Selznick was running a survey on whether to write more in the setting I voted "yes" and picked up this collection of short stories (by other authors, in his setting) as well. A bonus was that I've listened to and enjoyed stories by a couple of the authors, and at least heard of most of the others as prominent indie writers, so my expectations were high.

In the event, it was a bit of a mixed bag. A couple of the stories suffer from the curse of indie writers: amateur editing. Matt Wallace's Mexican gangbangers call each other "essay" (I think that's "ese", Matt), but the prize goes to Jared Axelrod, who has someone cutting a "break" line with a pair of "sheers". You can just imagine those thin stockings cutting through the line of dancing kids as they spin on the ground...

If there's a theme to this book it's of escape, getting away from your inadequate or even abusive life to the magical, distant compound where William Donner is gathering the X-Men (sorry, the Sovereigns). You don't figure out how to assert yourself or solve your problems, you develop superpowers and run away to a place where, you assume, those problems won't exist. Good luck with that.

Men don't come out looking too good. Only one of the seven stories doesn't feature violence by men against women (and only because there are no women onstage in Matt Wallace's gangbanger story - all the violence is between men).

MWS is just four days younger than me, and I remember growing up in the 80s too. I don't remember it as such a violent and abusive time, myself, though I wasn't in the USA and perhaps I lived a sheltered life.

agrodged
3.0 out of 5 stars Eh
Reviewed in the United States on September 9, 2020
A collection of not-so-good short stories. Almost all of them end with no resolution to the story...like a bunch of cliff hangers. I didn’t care too much for it if you couldn’t tell.
Read more
Helpful
Comment Report abuse

David
5.0 out of 5 stars Great addition
Reviewed in the United States on January 14, 2011
I listened to the "Brave Men Run" podcast several years ago and find myself thinking of it often. The characters and setting really resonated with me.
This collection of shorts by some of today's stellar up and coming authors finds that same frequency and holds on tight. More than just spinning tales about the actions of people with special abilities they focus on what the impact of those abilities are on other aspects of life and loved ones. Each story stands strongly on its own yet blends with each other to form a cohesive mix that makes me wish for much more from this universe.
I really can't recommend this collection enough. It is a wonderful read and at the same time a horrible tease.
Read more
One person found this helpful
Helpful
Comment Report abuse
See all reviews