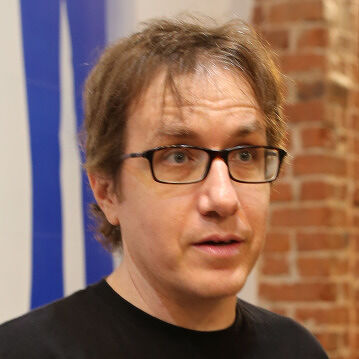 by Jonathan Maas (Author)
3.7 out of 5 stars 68 ratings
See all formats and editions
Sorry, there was a problem loading this page. Try again.

The average human being lives from 0-80 sequentially. Spanners don’t.

These rare beings have different lifespans than the rest of us. Some live their lives in reverse, some live only six months, and some are immortal. There are hundreds of classes of spanners that live hundreds of different ways, and each class has a unique lifespan that gives them unique powers.

A few spanners find a way to live in normal human society, but most live in the shadows. There are some spanners that are extremely dangerous, and with the help of a mayfly-class spanner, an 8,000-year-old detective named Adam Parr is doing everything he can to keep them under control.

The Fountain of Youth

When one of Adam’s old adversaries uncovers the most powerful and deadly spanner in history, it’s up to Adam and Mayfly to take her back before she unleashes her full power and ends the world as we know it.

JennlyT
4.0 out of 5 stars A bit reminiscent of X-Men - but more badass!
Reviewed in the United States 🇺🇸 on April 1, 2016
Verified Purchase
Full Disclosure – I was provided a copy of this book by the author and voluntarily chose to leave a review.

Imagine having a lifespan of only six months? What would you do? What about being immortal? Would you use your time on earth for good or for ill?

These are the questions that face Spanners – people who do not live their lives sequentially but in differing timelines and with different abilities, strengths and weaknesses. Spanners often look normal and integrate with society but others tend to stay away from humanity for theirs and societies own good.

Adam Parr is what is called an immortal Spanner. As an immortal, he doesn’t die and he’s not really afraid of much…. except being buried alive. For an immortal spanner this is a fate worse than death.

When a longtime adversary escapes his underground prison and begins to amass an army to capture the Fountain of Youth and usher in a utopian society Adam, with the help of his siblings and an old friend, must attempt to raise their own army to defeat him.

Having read two other books by Jon, this one is nothing like his other works. Spanners sort of reminded me a tad of X-Men, but way more bad-ass. The different classes of Spanner and their character traits and abilities added a level of depth to the characters to help flesh them out and make the story even more interesting. Seeing the budding friendships/relationships develop also helped to show that even though they may be different, even immortal in some case, they are human. In the end the story resolved just enough to give closure to this book but also leave the door open for more Spanners to come.

All in all, a great read. Looking forward to seeing what else is in store for Adam, Mayfly and the others.

Charles A. Ray
VINE VOICE
4.0 out of 5 stars Bottom line, I liked it
Reviewed in the United States 🇺🇸 on November 5, 2015
Verified Purchase
Adam Parr is a detective, but a detective with a huge difference: he’s 8,000 years old and he specializes in dealing with a special kind of case. Parr’s cases deal with people who do not age like the rest of humanity—called, Spanners, they live on a different time scale than the rest of us.
When Parr learns of the presence of the most powerful Spanner of all, and that individual’s search for the Fountain of Youth, he realizes that he must stop her in order to save the world.
Spanners – The Fountain of Youth by Jonathan Maas is a hard book to categorize. Is it science fiction, fantasy, or a mix of the two? It is an interesting story, with a few surprising twists that you’re not likely to see coming, and I won’t spoil the book by even hinting at what they are; you’ll have to read it and see for yourself.
Bottom line, I liked it.
Read more
2 people found this helpful
Helpful
Report abuse

Patiscynical
4.0 out of 5 stars What a long strange trip it's been
Reviewed in the United States 🇺🇸 on March 23, 2015
Verified Purchase
Spanners live in vain.
Spanners are a group of human-like beings that live on different timescales than us. Some live among us, some hide from us.
I had my doubts about this, that the author could pull it off, but it is very well done. He makes the spanners seem real, that they could exist. He makes them believable.
Adam is a spanner that has been alive thousands of years. An immortal, who is drawn into a fight for the planet against Ponce de' Leon, a human who became immortal, and has been buried alive 500 years.
It all sounds too fantastical, but it works, and works well.
This is a fairly epic tale, well written, and quite enjoyable. Adam's character seemed to repeat himself a bit early on, but his story settled down, and I was too enthralled to notice any problems later.
Results: you should read this. It's not your average sci-fi novel. It's one of a kind.
Read more
6 people found this helpful
Helpful
Report abuse

Recluse
3.0 out of 5 stars I wanted to like it more
Reviewed in the United States 🇺🇸 on March 8, 2018
Verified Purchase
Seemed like a good pretext but the sharply drawn good and evil lines seemed too pat. Th climactic battle was a little anticlimactic and it seemed that the immense powers brought to bear couldn’t really fight their way out of a paper bag. The powers of the individual characters seemed to seesaw between near invincibility and total helplessness as the plot needed to advance. Honestly at about the halfway point I just wanted it to be over so I could move on to another book.
Read more
One person found this helpful
Helpful
Report abuse

E. G. Parsons
5.0 out of 5 stars Excellent!
Reviewed in the United States 🇺🇸 on September 29, 2016
Verified Purchase
Wasn't sure how I'd feel about this book, but after reading all the reviews especially the bad ones, I was intrigued enough to try it. Once I started I couldn't put it down. It has a unique plot and is full of fascinating characters. Unlike some reviewers I had no problem keeping all the characters straight. They all had interesting personalities and the classes were explained well enough to understand each of their individual powers and weaknesses. I loved it not only because it was well written and intriguing but perhaps because it was different than my normal reads. Give it a try, you may love it too.
Read more
4 people found this helpful
Helpful
Report abuse

zb
4.0 out of 5 stars What a great idea for a book!
Reviewed in the United States 🇺🇸 on September 17, 2016
Verified Purchase
This is a great idea for a book! I loved the plot and I loved the characters. My only problem was I felt the characters needed more meat more depth so that I could connect with them better. Having said that I found it difficult to put this book down its a great story!!
Read more
Helpful
Report abuse

Serenity
4.0 out of 5 stars Great book
Reviewed in the United States 🇺🇸 on October 22, 2016
Verified Purchase
It was actually a very original one.
Kind of X-men but still a very interesting story. This is a must read book.
Very well done, well written and an excellent imagination!
I"ll definitely read more books if this author.
Read more
2 people found this helpful
Helpful
Report abuse

Andy Swindells
5.0 out of 5 stars Like X-men without the spandex:)
Reviewed in the United Kingdom 🇬🇧 on September 18, 2017
Verified Purchase
It is hard to review any Johnathan Mass book without using the word brilliant. Spanners ‘ The Fountain of Youth’ is no exception. Once the initial setting of the story is set out, the plot goes from strength to strength. It is like the X-men plot without spandex and silly explosions. I would love to see a sequel to this one or a graphic novel series. ( Take note, Stan Lee.)
Read more
One person found this helpful
Report abuse

Kindle Customer
5.0 out of 5 stars Brilliant!!!
Reviewed in the United Kingdom 🇬🇧 on October 3, 2019
Verified Purchase
Didn’t know what to expect from this book but really enjoyed it and hope there are more! Definitely worth reading.....
Read more
Report abuse

Amazon Customer
5.0 out of 5 stars Good read
Reviewed in Canada 🇨🇦 on October 6, 2018
Verified Purchase
Kinda super heros but not
its an easy read that keeps you moving along.
Characters are interesting and unique.
And the book actually ends.
Read more
Report abuse
See all reviews